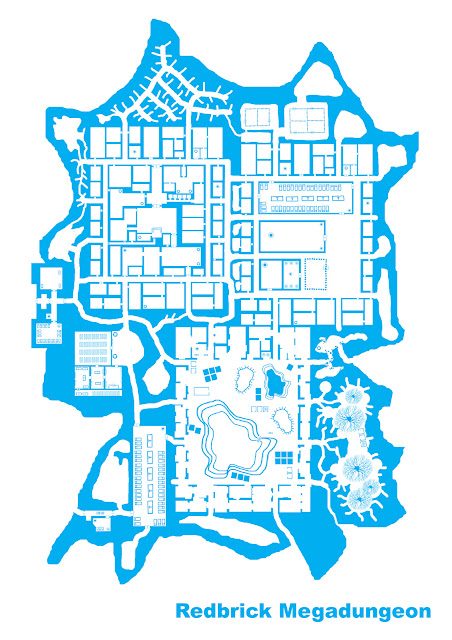 Imprisonment, Execution and Brain Washing
Good Times
The slave lords series was a oldschool module designed for con games and does something most DMs don't do but pretty much all players hate. The characters are killed by a kick arse party of villains in their lair which is pretty hardcore railroad. Then the villains resurrect the party to interogate them and throw them in dungeon naked. For a party heading to name level this is a big comedown especially wizards who need spell books. This could be done as a good role playing challenge but I find most players will not surrender.

Though I managed in TSR Marvel to exaggerate the karma point reward system to encourage heroes being kidnapped. Then the original rules gave villains karma for capturing heroes alive, telling them their plans and leaving them in hands of deathtraps and incompetent minions. Heroes had to gain more karma for heroic escapes even though they lost some karma for being defeated and captured. This is a game mechanic carrot to behave more in-genre which is why I like the original Marvel RPG.  So occasionally some or a player was willing to be captured to gain entry to a villains base. The TV show Venture Brothers has cultural rules for hero villain capture etiquette.

But mostly players not really into being kidnapped, Mutant Epoch goes into detailed information on fates worse than a quick death when captured. The Intro Adventure in Blood and Bronze RPG has a great escape the prison dungeon adventure. Im sure there are many more

The Prisoner is a 1960s UKTV Spy Fy action absurdist drama. Today Im talking about merging elements of the Prisoner with Gygaxian realism. So here is this.

Prisoners of the Dungeon Dimension
Players awake in cells inside the eternal sentient dungeon dimension. They had been dreaming of dungeons while toiling the soil ay youths and their dreams have come true. The find hints of a surface to lead them by the nose but the Dungeon just fabricates false clues then eventually disappoints them. When they break out of the prison they will explore the wilderness dungeon implying there is a surface realm.

As they get suspicious there is no surface and they might be here a while their resourcism and safety will be tested. They will meet and try to talk to local non human races (and some humans like berserkers or savage cannibals who don't talk much).

Monsters will laugh at surface talk as fairy tales that good people tell. To them you die and see the true face of the dungeon and go to the underworld to be recycled as a new creature.

As a dungeon crawl turns more into a resource managing exploration sandbox it becomes more like a wilderness and even colonisation game. My redbrick dungeon or long stairs stuff would probably work to generate content and use geomorphs to randomly generate content on the fly. Players will learn what is good to eat and loot. They will develop relationships with different races and monsters.

Recurring boss monsters and occasional friendly traders are important regular NPCs. Party could be replaced by monsters as they die.

Escape should be main goal of the players rather than wealth, glory and normal stuff.

Revelations about the characters predicament, the dungeon realm, humanoid customs and dungeon trade should be regular features as well as red herrings. Maps and diaries are common fake clues

The fact the dungeon is alive and out to get you should take longer to uncover and be hinted at by monsters talk of the dungeon spirits and the dungeon god. Several levels should be cleaned out before players suspicious and many more before the dungeon god communicates by mouth pieces.

The dungeon will have at least one encounter table result or sub-boss or level boss hunting them. When you kill one another comes. Party is hunted relentlessly and finding somewhere to rest is tough. Attempts to confound trackers with leaving traps or using dungeon obstacles.

When the dungeon has crushed you by revealing the surface lie it will tempt them with gateways or custom made personal desires used as bait. It is as if the dungeon can read your mind and create a doppelganger of your mom, or a lost childhood dog or you childhood doll (hint it can read your mind). The dungeon will bait traps with things appealing tp adventurers interests. At least one thing should threaten party or a party member per session.

The dungeon wants heroes to suffer not die. Dead characters might return as a different species, possibly hostile. More cursed and inteligent items than normal dungeons. Dungeon may taunt you with moral dilemmas especially ones that test alignments. Each character should get a personal red herring from the dungeon each session. I recommend passing notes and whispering stuff.

The Dungeon doesn't want to kill you it wants to break you with hardship, struggle, cruel psychological tricks, incomprehensible horror and sometimes kill you. When you die in the dungeon it recycles your soul in a new body usually a monster with no memory. Memories might return if they dungeon thinks you are worth more torment. Driving party to alignment change with moral tests is most satisfying. Breaking a paladin is more fun than breaking a thief.

Occasional in big chambers the dungeon will display a huge spectacle of danger to scare characters. Something impossible and to make high level heroes hesitate. At least once a session. Have started a table.

Map up top is three of my redbrick geomorphs stuck inside a blob with extra caves and some ancient tomb and tunnels. I should get off my arse and get into a set of gothic and castle ones. Main comments of my maps was no gids - partly because of I use those acetate hex or grid sheets over maps like you got in mid=late TSR box sets. Frank Mentzer once told me they were very expensive and a bad economic decision. Some caverns might be good. Back to work on finishing off Xor which is at the it feels like work while writing my d100 lists is like Kerouac "typing onto his toilet rolls".
Posted by Konsumterra at Monday, March 20, 2017