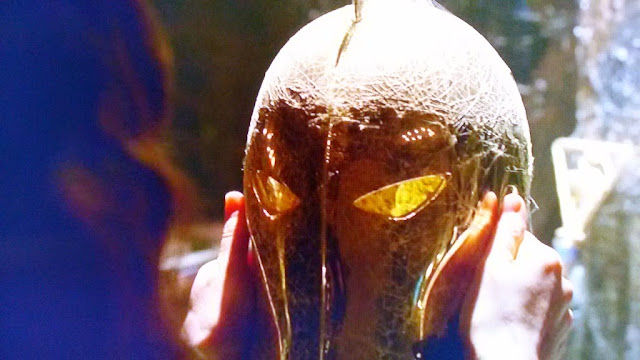 So back in my home town for holidays and happy to say shopping in city has improved lots this year and i found toys easier to buy than city of Sydney. Some prices not good but others pretty good. Finally got som packs of sea animas with octopi that will work with my 1/72 scale minis. Myers a national chain store found a matchbox vehichle from 5 years ago that online costs $20-30 for only $10. Comicts 30-40% dearer but found essential compilations ive been after one was $32 all others $38 when same books $22 in Sydney but they did have some old back issues i wish i had seen earlier. Reading original team of x-men ($18 on sale instead of $50 or $70+Adelaide prices) which is pretty enjoyable and i have two black and white vols to fill out the whole original adventures. Hoping to play some DnD while im down here but 41c all week with a world record of 54c last week. Xmas in australia full of bushfires yet again due to yet again record heat.

I'm a bit behind on my monster a day postings but still doing better than last month.

Underworld Beasts 05 - Dread Helm
The night helms are vile armoured severed heads of warriors who gave servitude to the dark powers. They were originally beheaded by forces of good and now they are back and hate the living. The helmets will use phantasmal force and ventriloquism powers to create distractions or tricks or to scare victims into danger. The helms can breath fog filling three 1" cubes per round that last a ten minutes The emit a 2d8 4" range heat ray from their eyes each round at a target (save for half damage).

The helms guard forbidden crypts, lost treasure or level entries. The helms screams and yells and moan incomprehensibly with rage as they hunt victims in subterranean mazes. They often sit still on a plinth or altar listening for prey in a large room or corridor niche. As noise approaches their eyes light up and the begin to moan. As enemies approach they begin to use fog, illusions or ventriloquism to herd enemies into dangerous areas or separate them. They don't mix with other living dungeon denizens and they tend to be avoided. They will ignore undead unless they are attacked first.

The demon who made the pact that created these dungeon horrors is long forgotten but some say it was a floating three faced bloody severed head.

The use illusions and sound and fog to scare and herd victims into traps and other monster lairs. Illusions and sounds require the helm to concentrate and they don't work while firing heat rays.

Posted by Konsumterra at Saturday, December 19, 2015