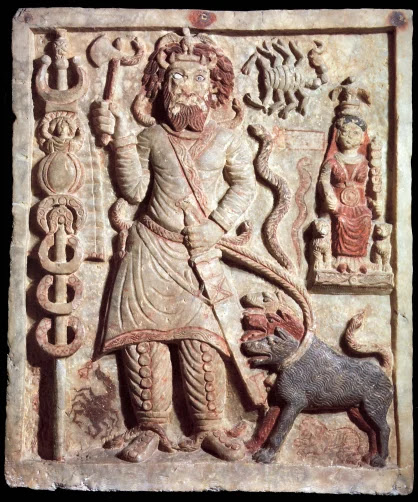 A nice depiction of Nergal from way after bronze age - region mix of roman, mesopotaimian and other culture. The dog is fascinating - is it three dogs or Cerebus?.

If your character hears these in a tavern it's a sign of disrespect best start stabbing them just in case.

Thanks to my FB group input - Dallas, Fergus, Luke & James