More POD Stuff plus my rankings of the classics 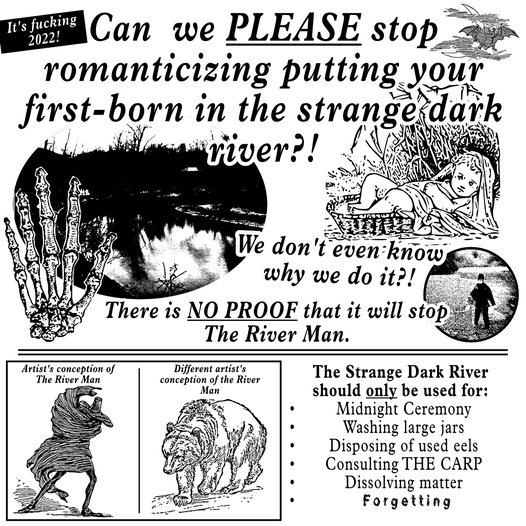 A couple more Companion and Masters reviews. Possibly I might purge a few after this. Some have big cinematic ideas and can be used. Others are railroads or have sections on domains and wargame scenarios which not everyone wants despite the story narrative possibilities. Some of the high level affairs (which are beyond what AD&D or 5th ed plays to are not huge risks, especially with wish and resurrection spells. The episodic formula means they can recover anything in between. I guess the wargaming and courtly roleplaying challenges became part of these stories more as part of the companion set emphasis on domains. The main thing I want in a module is better than what I could run improvising from a napkin of notes. Hints of big ideas, inspirational or inspiring content and even making me want to expand on it or rewrite it are all good.

Feel free in the comments to question my ranking.

The series had good bits but tournament stuff and killing players and railroad by the end but good cinematics. Probably A2 one of the best.

B series is what I set as my benchmark. B1 is a bit of mad wizard dungeon vibe while B1 has diplomatic challenges of factions and a classic sandbox. B is a memorable train wreck. B4 is awesome and great suggestions to expand and some good fan made content.

S3 has a spaceship and extra art and monsters but is poorly paced weak adventure,
if only robots and androids made MM2 instead of killer tree stumps with fake bunnies can be a  mimic in one situation. S4 offers a large campaign area, monsters, magic, demonology and a good cavernous mad wizard dungeon. S1 is mostly horrible but everyone should try it once.

G1 climax in the first few rooms after rest seems like cleaning up. Players wanted to resolve rest of the campaign with wargaming rather than more giant dungeons last time I played. A druid sealed off their mountain passes with earthquakes.

GDQ1-7 is improved for being a single huge adventure

N1 and U1 offer great village investigations and you could reskin them in call of cthulhu or modern era.

I series was a peak mid-80s episodic adventure with mini-episode locations.

UK series all well done with imagination, art and maps. All the TSR UK stuff had a great feel more like White Dwarf, Fighting Fantasy, Dragon Warriors and probably most inspired me lots.

Dragonlance I think has great art and maps but a nightmare railroad following a DMs novel feel too. The POD of DL1-4 would rate 💥💥💥💥the individual modules are quite attractive and would rate better. Lots of those adapted from tournamets had lots of unwanted content

Evil cloud from the plane of entopy up to no good again (was plot in a several). Has a bunch of domain stuff and you are sent to check up on an isolated area that is late paying tax. So the evil cloud needs a magic thing to stop and it comes in pieces at several locations. Has roleplaying opportunities and time investigating at a castle then helping peasants with a dragon that has a bit of the thing. So here it is a bit like quite modern adventures with several under 10 room locations. The first is a dragons lair and it has some personality and can be dealt with and meet a nice giant. The dragon and possibly help from bad guys has some interesting defences. Then a tower with at least 5 floors and walls approaching plausible thickness made me happier than some I have looked at. It is a wizard tower so you get to kill a wizard. An area on map route has become an evil swamp with wandering iron-scaled bull gorgons which is atmospheric. Then possible mass combat with undead in as village and go to the temple to stop the evil cloud. The maps are above average for this era and survived the POD process mostly. There are a few bits of poor scans which seem amazing they were not fixed as scanning modules is easy to do well and these errors feel rushed. Some pages were not cleaned up well and some text got blurred a bit on a column. Most of it is fine though. The death leach monster is bizarre and I will mess with the lore on them as they are weird and interesting. I think with some good lore they would be more frightening. Has lots of NPCs also. There are plenty of ways to expand on this and make it more amazing and it's a good skeleton. I would totally have an evil lich riding a blue dragon-like on the cover happen more. It feels like it has lots of content, unlike some efforts I have read that feel lazy. It is odd that despite some poor scanning on this POD it has done well on all the maps. If you have run some of the earlier adventures battling the entropy plane effects this will seem a small local affair by comparison.

Five Coins For a Kingdom M4 💓💓💥💥
So your in a town it vanishes. You get an exposition dump and coin then go to find magic coins to save this city and another on another plane. After recovering the awesome magic coins they lose their cool abilities which lots of high level story McGuffins do. Im fine with people having a memorable story relic at 28-32nd level so these always seem mean to me. Also I am a mean DM with treasure anyway I think this is mean. You then travel to the plane where 5 good wizards who made the coins are and try to save their Spelljammer like cosmos where you fly around space in giant goldfish to defeat the bad wizard and fly to the sun to save the cities. It is cinematic and epic and fairly dense. Very nice sensitive artwork more like Alan Lee than usual house artists. Maps are minimal and simple for the action scenes. You could probably spread this into a longer campaign and run it for under 20th level ok. While it is solid I don't really love it. It makes efforts to advise you to reign in players running off the script but it fairly linear. It does offer visits to amazing monuments, meeting mythical creatures and strange trale in other planes so lots of good ingredients.