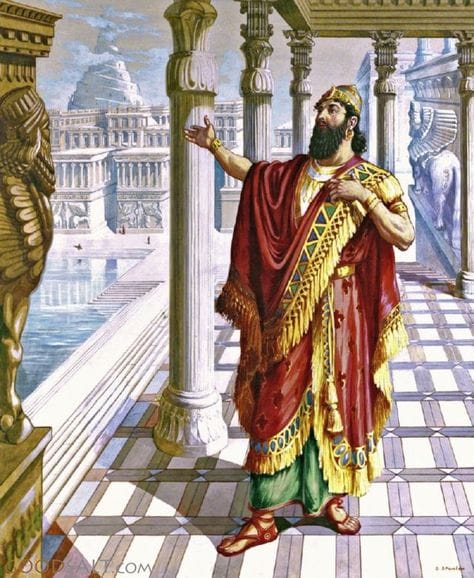 Today's game we did 3 rooms and some shopping and spent thousands on healing at Ishtar temple. So did some de cursing from last adventure as one follower had 4 curses from tomb robbing. They were stealing the stone doors to sell as art also so it took four times as many people to get a curse from handling the cursed doors. So then it was time to head back to ancient elder tombs. Lowered down pit with a tomb robber thief gang and apprentices above ready to help and pull up ropes. Lamp light was a limiting factor but had two magic lamps at least on objects. This is all based on a vol 12 of my 3folds and I did not expect to take 3 sessions.

Archery master barbarian warrior
- with a cleric, abhuman humanoid mastiff and a pet bird
A wizard with a bodyguard and a priest
- with a warrior guard and a ishtar priestess
A thief came along to help from their friendly nomad graverobber friends

While walking through sand they awoke ghouls who sprung up among them and saw eyes of the ghoul queen on the edge of the lamp glow. She protected them from turning and was quite a menace and she called for more ghouls. Wizard targeted her and she was destroyed by spell blasts. The rest were easy to destroy with turning.

Bird scouted the dungeon ahead and found a room with some undead in a room they had cleansed a week ago. So a priest follower tried to turn them and they were vapourised.

Finally went to open a new tomb with nes burrowing spell and ignored cursed doors and burrowed into the next tomb. Tomb of mountain king and queen turned out to have a living bronze minotaur statue that absorbed arrow heads the barbarian used and a few people got punched. The monster healed itself with bronze weapons which kept it going. Im appreciating using BX monsters. Wizard summoned a wasp man that kept the monster occupied while party used missiles and spells to win. Found a bull headed bronze +1 mace and some more ancient copper and semiprescious stone crowns of early civilisation.

Next crypt belonged to a fire cult and nothing detected for evil or undead. Did detect a magic gold brazier emitting a sweet inscence. So the wizard sent in a swarm of wasp people who smashe the crap out of it looking for a fire elemental which didn't exist. Destroyed a priceless magic item from paranoia. Crypt was full of urns with silver coins. Was a not so evil memorial shrine with only ashes of a ruling clan that tried to restore virtue to the lost kingdom.

Inside the next tomb of a witch queen they went to open the sarcophagi and as lid slipped open a wight grabbed the warriors hand. Everyone pummeled the wight into dust, Oh well. Next decided to dig from this tomb into the next and it was stated on the front it as a king and queen with symbols of underworld rulers Nergal and Erishkigal. A bit spooky but ok. Another crown silver and spikey.

The next tomb was dedicated to the king and queen depicted as lords of the underworld. So as burrowed inside and now more wary of having a spotter to watch the hole as it was dug through rock. So saw bunch of copper capped skeletons in kilts with spears. Priest used last turn as the hole was widened to fit a walkway and they crumbled to dust except one in the back that was a mummy. All who now saw it were mostly struck by fear and started a long running fight as most of the party fled in panic. The wizard did get a shot off first and the warrior who held on shot the mummy to find id didn't take as much damage from weapons. He got a smack in the face and mummy rot disease. Most of the party fled down the hall back to the well entry screaming and some started climbing up ropes held by servants above. At on stage the Abhuman dogman with his +2 poleaxe got grappled by the mummy and the priestess who last saw him as she fleds heard horrible screams and crunching sounds. The mummy lumbered towards them and enough people had their senses (d4 rounds fear each - not paralysing ad&d fear I know) to shoot and blast the mummy and a cleric finished it. Went back to the room and started to clean loot and found the torn up dog soldiers rotting corpse - cleric sent a message via a outside servant to the temple for help offering to pay a 5th lv healer to visit. Also found a fighter bodyguard of wizard who fled wrong way into a dead end in the dark. As they looked about the other sarcophago opened and out came the mummy's wife! She had a wand of paralasys also and immediately froze the closest adventurer. Another mess of fleeing victims to the exit began and most of the party ended up panicking and trying to climb out of the well screaming. Fighter ended up being paralysed by wand and the mummy lifted him, crushing him but a few temporarily unafraid people got close and hurt the mummy so it dropped the fighter almost dead (another round he would have been pieces). A follower started a fire on the mummy when advised by an adventurer. Amazingly a few brave followers got some hits and as the mummy swung at them in the bottom of the well followers above who had not fled threw burning torches at the mummy as instructed by screaming heroes and amazingly several hit and the mummy over three rounds went up in a ball of fire. Best mummy fight ever and near TPK

Was awesome bit of resource-combat and I'm pleased mummy so dangerous. I prefer flee fear to freeze flee which is would just result in lots of horrible deaths. Felt almost a bit call of cthulhu with most of party fleeing most of the battle. The priestess arrived to cure disease on the corpse of the dogman so it did not rot into slime. One bright side of battle was the same two people took the mummy damage. The corpses and sick were taken to the temple on streatchers. The party spent a week in the ishtar temple having disease cured, levels restored and getting the dog soldier raised from the dead. They also got good financial exchanges from Ishtar cult who officially declared the tomb a blasphemous site requiring cleansing lending legitimacy to their tomb robbing.

Returned for a final room after a week of rest and entered the tomb of the king and queen of heaven that came after the last two mummies. Dug inside a warm dry chamber and saw graves and two stone statues. Sent in a wasp man and the two statues and two more unseen next to the entry door blasted the wasp man with lava. The wizard blasted a cold ray and the warrior stepped inside to shoot a statue. It exploded and burned him. Others who had entered managed to get splashed and the four statues managed to do quite a bit of damage.

Next game few more rooms then a trek to the City of Ikathon originally a city of fish-folk who invaded the coastal regions. There the party are to enter a ziggurat on new years day for a holy test. For a very good recent module KS last year. Chariot ownership a possibility.

Followers of zero to 4th Lv all deserve a level gain for surviving and helping.
Mummy fear is pretty nasty with my save system.
Posted by Konsumterra at Sunday, June 19, 2022