Gladiator battles and testing out rules 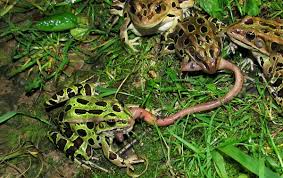 So my off-work friend since 91 has been doing some editing and playtesting and has been helpful. We spent arvo generating 6th lv characters and got out minis and monster colosseum box set for RQ with a fold-out arena map (will blog on Monster Colosseum). So we tested a 6th lv mutant vs a 6th lv fighter in my rules. My poor fighter even though he cheated with his single magic missile spell and movement abusing avoidance got torn apart by the mutant in one round. So the mutant had a flagellum arm and a crab claw arm and a metal headbutt attack. Fighter won next time. Lucks and crits were big deciders so I guess a success. So then tried a few monsters. First up let's try an owlbear as John had never met one. So in sound one the owlbear did thee hits and got that extra sweet spot of hug attack and toe him into sheds while fighter wailed on beast back and just reduced it. My owlbears as pointless bears with reskin was proven wrong. Ok what next a bullette. In the First round mutant shredded and fighter hurt in next round fighter torn to shreds. A fun project to playtest and play with rules. Interestingly the fighter needed money and stuff more while the mutant just needed a loincloth and possibly needed help eating and going to the toilet. Will do more of this.

Normally I do side vs side initiative once in the start of a fight to speed but with player vs player, we did round by round initiative that was interesting. Both these NPCs we made need names and would be good villains.I played with a lighter quickstart version of my game with weirder classes 1-4th lv and no Vancian spells just abilities some with rolls most uses per day based on level. Sort of an exercise in going light for shorter campaigns. If you wanna go past 4 change class.  or I could do more later. As most ppl don't play higher level dnd. As kids we wanted to and got up to 18th in BECMI and a few times since then got tp 16th or 14th or 12th. More often games last from1-9 (I'm guessing don't quote me I'm a loser). I love 1-4 best as its more horror resources and 5-7 is cool. My friend Richard hates low levels and would prefer we start at 3rd. So this lite version for some products might be interesting. Every adventure would come with 6 characters that were like a class and had abilities that increased every level with 4th being weird and flashy heroic.

Partly my recent hack was using bx class as a race but now any class can change to any other class in play and move back and forth as they please. This has made a panoply of strange class combos making my system plenty more gonzo. Letting ppl reskin races has been weird too. It's amazing what opening doors in DnD oddities can do. If you spend more pages and rules limiting what ppl can do instead of letting them do stuff that could be interesting it's sad. It's a test I sometimes use. Gunpowder I let in my games after a stint of 1600s gaming a few years and it had no bad effect on my campaign. I have just added three types of firelance possibly good for goblins. I make it all expensive and a bit risky and ten. Dwarfs are resentful humans stole fire, various metals and gunpowder and keep their best stuff hidden. Only the warring kingdoms are they just uncommon everywhere else they are rare. Maybe some other prehumans might have used it. Now I want lizard women with muskets turning up as elites helping her low tech kin.

Did a 4th level multiclass build off. My martial artist halfling-1 thief-3 vs Johns Earth Abhuman-1 Dwarf-3. Broke my vs larger creatures rule so I'm amending it to creatures over double your size get giant size mods (making 1 foot gnomes possibly worse with halflings being a bit better off than a dwarf).

My poor halfling failed in a fair fight and even given a chance to do 15 damage in the first round by surprise was killed. In the first fight we had my poor halfling ran out of tricks and tried to sprint away but dwarf had extra ENC abilities and a higher CON so thief had to drop that plan and try and fight and died. The thief needed less equipment and money to be effective and would have thrived say a bar fight or with advantageous terrain of his choice. Golbo Sackend I dubbed him. More useful as undercover hitman or with a dungeon and some interpersonal skills. I'm keeping them as NPC in a diary.

Next as established monster fights. As JB more of an RQ gamer he has only heard of lots of dnd monsters or what the dnd equivalents like. So first did a giant scorpion. My thief died of poison the round the earth-dwarf won and he made all saves.

Next an Umberhulk. My thief got smashed then the earth dwarf who was berserk got confused and hacked up poor thief till in pieces to be torn apart by the hulk.

Next, the Luecrotta was fair and they beat it soundly with some damage. Two might have been harder.

It's a nice playtest gaming improv fun. Will do more.

Did see a video parallelling with my reskin it approach and they had expanded the idea further with the principle of "keep mechanics but change context and the story"
then hijack these mechanics for other purposes.