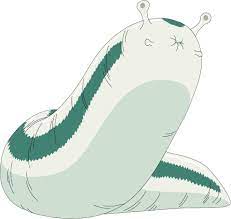 So amalgamating all this random detail will take more work and makes me wonder about the order of things in the book I'm using. But I wrote it so its my fault. All using my Redbrick dungeon book downloadable from my downloads page.

Recap:
Rumours of a local dungeon abound and a shifty evil apprentice mistaking adventurers for murder hobos make immoral offers and invites them to the dungeon. The dungeon features a cult who have hidden a bubble of luxury and vice in a slug filled ancient cave. The caves were carved by acidic mouths of elder slug abhumans long ago as an act of worship. Their elder slug ancestor became a full demon later and now uses vice and corrupting dreams from its prison.

The sorcerer Yoric on the run from court for treason has made a vice cult to gain money and spread influence. Unknowingly the elder slug demon and cult of the lower caves has been having a strange influence.

He rescued a woman Suulin from a mad druid she had loved and robbed and she has joined the cult as an agent. She introduced the bandit leader Basil Abbot notorious for robbing the elderly and other soft targets. The lower temple has been awakening, attracting creatures and slug abhumans. It wants adventurers to enter and free the god from its prison.

The Sorcery Cult Faction
d12 Vice Cult Temple Room Events
VIP guest if needed d4 1=elder 2=guidsman 3=magistrate 4=merchant
1 The master takes lots of drugs and has to go to his meditation (treasure room)
2 Live in students dance in skimpy costumes before the master to earn his love
3 VIP guests from town having feast watching naked cultists dance
4 Drunken cultists in neer stupor drinking beer and wine and laying around
5 Local bandits enjoying food, drink and dancers with the master
6 Initiating new student, examined for blemishes then given cult robe
7 Master negotiating with slug abhumans about some deal about adventurers
8 An orgy with various townsfolk and cult members, guests welcome
9 A party of battered adventurers dragged by slugfolk warriors before the master
10 Orc leaders have come to negotiate increased cooperation
11 A thieves guild are being traded with by the master over stolen goods
12 Cultists are chanting in trance to strange burning fungus incense hearing the whispers of the demon slug telling them to revel in whatever pleasure they want in their minds
Yoric Strangeplough the sorcerer leads a hedonistic vice cult for the rich
-involved in royal plots thus is hiding out as the master of this cult
-has been guided by slug demon visions while sleeping or high or drugs
-has 4 1st lv followers and a score of live-in students
-food tasting charmed slave on a chain
-rides a giant slag mount with a chair with cushions and a hookah
-slug spirit can see through keyholes and warn Yoric of enemies
-has taken to sleeping and having sex on his treasure heap
-hates adventurers and wants to be feared for killing them
-has killed several groups of youths who gathered to get the easy treasure

Suulin bard ally Yoric saved and love,
-acts as spy, gossip and provisioner for the cult and bandits
-she is really a fox spirit woman out for money and mischief
-she might join a party to sing inspiring songs
-claims she is provisioner for distant loggers and miners camps
-she might betray Yoric or flirt with several adventurers to make trouble

Basil Abbott and the Granny Grabbers of Brighton or the Abott Gang
-gang rule the local area, a dozen dim-witted youths and ex-convicts
-he really likes tattoos and the whole gang have them, older have them all over
-Baldy, Spike and Tabitha are his closest allies in the gang

Markgnor Untarg Orc Hirelings from Clan Grimskull
-ex minions of necromancer and lich, they paint themselves as skeletons
-tell everyone the master is a lich as they are embarrassed by this new job
-has two brothers and a 4th Lv necromancer orc uncle
-they have a camp of allies nearby and may use skeletons

The Demon Slug God Faction
-served by abhuman slugfolk warriors, berserks and priests
-high priest sluglord Gorlax has come to return glory to slugs
-some human worshippers have appeared keen to spread corruption
-draws in servants with vice and corruption to release it and serve it

2nd Level
Main entrance
Slug chambers - wet windy cramped tunnels most of this level, many creatures live and feed on giant fungus and mould. Slugfolk sleep here blending in with slimy rock walls
Slug temple chamber - idol here is sealed with salt and slugfolk lose 1hp here around, if they touch the keys on the statue they die. If a purely greedy person robs the robes and gem eyes only will the spirit be released?
Slug lab - where a human placed in a stone sarcophagi with a silicon sphere in an apparatus and can painfully make a human into a slugfolk abhuman in a d12 painful hours. The slug demon speaks to them his wishes.