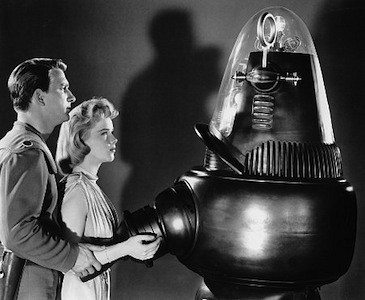 d10 Bunker Locations in ruins of Broken Hill
1 Research Bunker Seven - run by military with cyborgs and brainborgs specialized in combat. Prisoners are interrogated and experimented on. Surface door protected by trenches, gas, mines, barbed wire, automated machinegun nests. Scientists are frozen and awake each decade to take turns supervising research. Aim to make superhumans to conquer the surface. Science Director Doctor Simon Hollow is in charge with a political militia if ideological thugs. They hate mutants and unatural creatures
2 Alpha Station Three - clean advanced colony underground and wary of revealing themselves. Spys and agents explore the surface. Most of the crew believe they are on a generation starship on way to new world to keep them obedient and not escape. MOTHER ONE the AI works with the command team and keeps in contact with surface scouts and spies
3 Grey Hill Bunker - built for religious sect but infected with undead. Adventurers raid here to reach the unlooted levels. Most of the place is rusty, dank and slightly mouldy with fungus outbreaks and some flooded areas. Originally for a sizeable population for a generation. Full of rotting garbage and black mould floating in it
4 Bandicoot City - multi level corporate bunker but some hidden levels still operating while others crawling with monsters and popular with explorers. Some humanoids and gangs move into upper levels occasionally for a looting spree for a few days. Secretive sealed wings are highly paranoid and several on verge of escaping to the surface as systems fail. One level features a model town with vegetation used for some kind of training once now with rat abhumans living as pre war humans. Some sort of secret genetic engineering and mind control was developed here
5 Slime Bunker - was a biolab with habitats and ag domes but occupied by slimy oozing tentacled macroscopic horrors in the corroded slime encrusted bunker. Treasures are still to be found and the survivors who abandoned it long ago are still alive to question in various station farms. Slime humanoids have been coming from here spiting acid from their hideous eyeless faces
6 Pheonix Six - bunker operated by benevolent AI with eldren staff seeking to aid civilisation in secret. Sometimes send gifts of medicine or first aid or tools or data on reclaiming tainted soil. There are few of them and some spy on surface in disguise. They select talented orphans to join up. They occasionally help fight monsters or gangs with a few laser rifle shots. This pre war secret society hoped to build a new society but most personnel died. The bunker is well hidden with automated laser point defences
7 Beggers Hole - famous looted bunker often full of homeless beggars and mutants but occasionally slavers come. Nothing works and deepest levels unhealthy with giant bugs and mold common. Some say there is a secret hidden intact level. Considered a beginners dungeon. Every few years some one finds a new way into a lost section
8 Command Base Five - military bunker abandoned years ago. Still plenty of good scrap but bugs, mutants and hostile robots are a problem. All kinds of military camp quality goods are here and even basic army kit is good. Survivors turned mercenary and left long ago
9 Pandora Nine - bunker complex some get in fewer get out. The bunker is a human conditioning test lab pretending to be a mental hospital for trauma therapy. Each level population operate under a different dystopia and problems. Some levels are empty one has undead some have animal colonies
10 Fliech Hole - horrible formless mutants and flesh grown over every surface of this bio research lab. Pulsating meat, tissue and organs everywhere are revolting to most. Humid and radioactive. Bodies left here mutate into tentacled aberrations that reanimate into mindless killers. Nobody knows what lower levels are like but some areas might have sealed survivors or mutant colonies
Posted by Konsumterra at Sunday, November 10, 2019