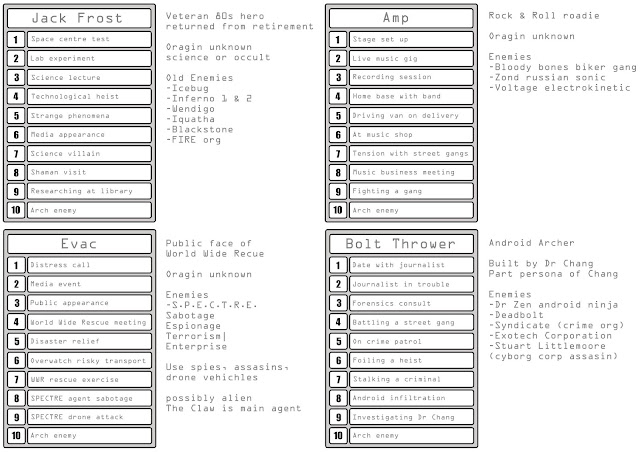 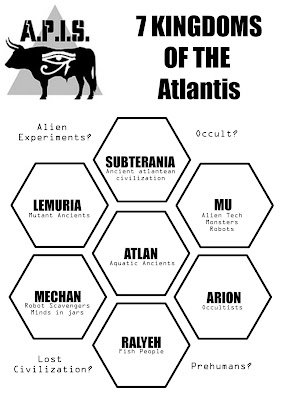 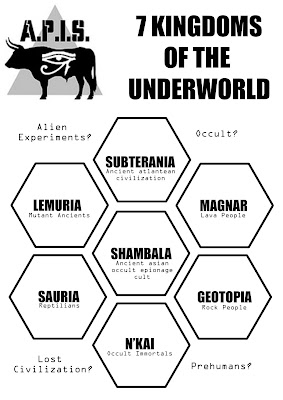 Some stuff I did for my supers game. Players just beat Subterania's and took Inferno former hero arch enemy home who was ruler of Magnar. Will beat up some atlanteans later. I made kinda ambiguous if actually underground or a dimension. The encounter sheet is for when I need to know what a character doing in opening cut scenes of game. Plus some notes on regular contacts etc.

Mole people don't count they get enslaved and eaten by everybody but probably have own civilization buy nobody cares unless they need fresh slaves.

Blank of the encounter form at:
EMO@Flickr

Im running this as a once a month or so with several dads and it is hard to get together - whod athought families would hang out on 3 public holidays this month. I guess more ppl in Sydney are single or exotic relationship status for gaming time.

Been convinced to apply for a con but local one seems to charge GM's and only buy day tickets which has put me off before. I discussed these issues and they hit me with a wall of optimism and good cheer so I might still give it a go. They always sell out which I guess is good I just Suspect Adelaide and my taste have drifted too far apart and I find it easy to get 1-3 games a week in Sydney. More games for sale there and even a big OSR section.

Cthulhu games I seem to get running anywhere easily - it is my bacon-trojan horse go to game to get players where ever I move. Lots of ppl Cthulhu curious even if no product for sale. When I am secure will go to Melbourne Cons. My Patreon is paying for a copy Of D1-2 for me which is nice. Interest in my 3folds seems to be biggest buzz Iv =e had in years so im getting more proofed and will by my first RPG drive thru product. Might even pay for me to buy big boy internets like I used to have and guzzle a few gig a day. Right now im on 10gig a month on my phone but it has made me spend more time on photoshop. Thanks for Interest everyone in my new stuff, coming soon!

Frog Cult 3fold is on patreon now - getting updated tomorrow with betterer spellin and grandma..!
Posted by Konsumterra at Sunday, April 14, 2019