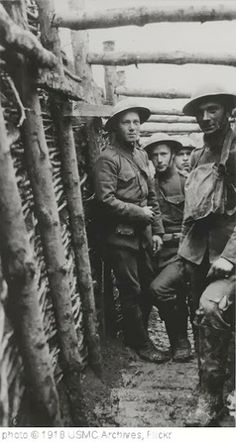 So from playtest i can run this several ways.using my tables
A gonzo weird shoot em up or gritty horror
Also factors for a one off into the weird zone in no mans land or as start of a campaign

For a one off or grittier game:
Haunted phenomena good to use as red herrings or bait
Rolled monsters should be linked or related - avoid too many monsters syndromes
Be more willing to re-interpret tables to give adventure focus or change result if needed
Monsters and SAN losses should be high d20 is a good threat level with some d6-d10 minions
Use more horror type results and bunp other genre stuff like sf or mystery men

For a longer weirder game:
Works well for veteran players who know all the  monsters and is a bit jaded
For players who always wanted to have tommy guns, BAR or lewis guns which respectable keepers contrive reasons you couldn't have one
Live with incongruent elements in the zone tables
Will eventually be swallowed up or go on to be awesome pulp action heroes around the world
Impact of zome as a time space mythos planar hotspot

Fun for the Keeper:
Players have machine guns and 7 second fuse grenades and monsters are wrestling with party members all the time, mayhem ensues
Compasses go crazy in the zone a good sign weird phenomena occurring.

So first three groups I ran

First group played well together and scenario and exploration underground worked well.
They chose to enter ruins in the zone via sapper tunnels into drains under town
Hung out with men, questioned them about ghosts and strange stuff and got to know some men
Morning set off found lonley swweating young tunnel guard who said he had heard a dog or something in dark. Men went down tunnel and found a pre-war burried tunnel entry. Crawled into a complex of basements linked by crawl ways with a french communist printing press making german and english pamphlets. Shot Frenchies and Sappers happily looted grease, food, the press and other stuff. Heroes went on with two sappers and came into basement of a mental hospital. Found it was sealed under rubble but found a giant rat hole. Tempted to return and blame all phenomena on communists but went into pit.

They came into maze of mud and root mass and battled french line of the Boucher family as mutant midget rat people. When Ygolnac grabbed a player guy behing him with Tommy guy did 90 points of damage through the held man obliterating him and making monster god fall. As all ran one player driven mad chased them with two live mills bombs. Others shot his legs and found he wouldn't drop grenades. So thought about spending 2-3 seconds cutting of his hands but they all ran back to base with lots of intell. Fun Group. Two dead

Next group had a bit of player vs player with one person a bit frustrated, a few nice girls who got a bit talked over and a guy who argued petty rules and military history. The did cooperate fairly well in combat and went up to town ruins by tunnel the surfaced. Found some drums of toxic waste, Killed some germans. Found a unconscious tommy in a mud pit and explored a sink hole where was a part derro boy was living with prisoners, dead animals and a broken hate ray that players repaired but luckily guy who turned on was only one to resist and shit down. Sfredded machine, captured dwarf and went home. I should have had a bigger threat reallt to climax it all - all survived and brought back prisoners uniting french families. Did recover evil book and letters from Dr who had been guardian of the midget boy monster. Way too happy really.

The third team chose to fly over to observe it at dawn (if they went at night monsters would have downed them. So in three SE5 two seater planes (secons is observer gunner). Got shot down and lived. Late player arived and i unkilled a pilot then player swapped character with another. Managed to damage two attackers and shoot down one. So now the four men in no mans land with two lewis guns working. They decided to check out ruined town as so close rather than return to own lines. Saw some germans laying mines and killed them and took their weapons and went deeper into ruins. Rested due to hunger, fatigue and wounds and heard germans. So crept out to fing gasmasked troops commanded by officers burying time release cylinders of what party though was gas. Shot them all and found officers were medical doctors officers with secret papers. Found one not dead so party put on respirators and removed mans mask and tested the yellow gas on him. Turned out to be a super virulent plague.

They returned to hide out and rested and looked through german plans. Guard saw a white figure in distance towards evening and they investigated. Captain saw a bit of figure and they tried to surround it in ruined area. On soldier realised it was tight next to him around corner and tried to punch the lumpy white fleshed thing. A spongy rotten bloated humanoid which struck back. Rest charged and shot it finding bullets not very effective.  Eventually one punched it over and everyone fled with a mills bomb near by. Exploded into white dust cloud and a few chunks party collected. Looked around and found wghat it was doing. Scribed a yellow sign, the full activated enchanted kind that destroys sanity and curses viewers to be attacked by monsters. So most shaken and another really cursed and developed six phobias including the dead, fungus, gas, germs to name a few. Captain photographed wall then they blew it up. Returned lines went to paris to report. They were grilled by officers, decontaminated and questioned by doctors. After a few of boys went to brothel as advised by officer, found it was actually full of german spies which led to arrests. Back at base men in darkroom had gone mad looking at yellow sign. Was some kind of fight and everything was locked down. Some talk of this as a weapon that could be dropped on enemy lines.

As has time went back into the zone after recovering. Found a collapsed tunnel with german and english sappers fighting over it and helped the tommies. Got into some mess with serpent men who had awakened from shelling and killed a dinosaur. This group were fun and got lots done. The king in yellow gas/plague thing was fun. Also if was campaign would get Hastur Undead growing in HQ morgue and ripples of SAN losses from data brought in by team.

Have day of tonight from con but slept through time to goto zine fair but get a day laying about resting. Will do some prep tonight to improve mondays three sessions.

Having a roadwar game at club at six pm and a bit of upcomming rome character generation.
Posted by Konsumterra at Saturday, October 03, 2015