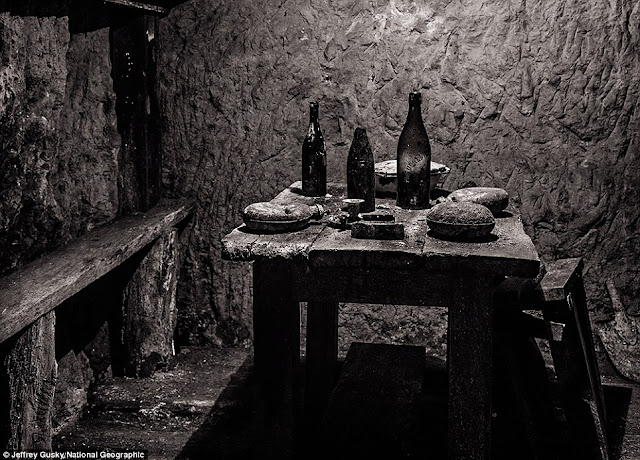 Sanity, Sorcery and Super Science will be common themes in the Great Weird War campaign. Secret observer teams will enter the fortean zone in the heart of no mans land to document phenomena and see if their is any cause or intelligence behind it. While the normal war home sleeps in ignorant bliss the nightmares of those in the trenches is birthing real life horrors and weird phenomena.

Every power has begun to take this seriously and even exchanges with enemy have taken place. Governments hide information of anomalies and colonial clients are kept in the dark. Colonials often good recruits however. Except when those Tcho Tcho's got themselves recruited as colonial troops.

Germany leads it's allies but Austria and Turkey hold them back with religious interpretations of phenomena.

France and Briton are allies who disagree on some matters but share many case files and even cooperate frequently. Both have long established agencies. The Cabal is a semi military think tank with agents drawn from the allied powers and their colonies. The commonwealth have their own specialist Experimental Operations Command observers being sent in but they often support the more secretive Cabal.


Russia is held back by the occult loving Romanov dynasty, still in the shadow of Rasputin and Tunguska anomaly. Generally makes them a liability.  The revolutionaries prefer central European modern approach to phenomena. Some Russian factions willing to search phenomena for any weapon that can help cause. Their flawed occult theory and willingness to engage phenomena makes them dangerous. Sadly sometimes the wild Russian theories of a faction are right.

All sides have suspicions something is seriously wrong in the zone. Fortean phenomena and stranger activity has been increasing with , mostly with very little briefing. The dreams of Europe and millions of dead has created a psychic rift into a parallel universes. A dreamland of horror born from the nightmares of millions.

Possible ideas for tables
d100 Cabal recruits for the Zone
1 Sydney O’Reagan a 7 foot tall Australian galoot who is a master with his machete and drinking beer, always jolly, very willing to torture if ordered and might suggest use

Sanity Ideas
SAN loss will obviously be important encounter possibility but vet soldiers will be used to horror. Also between sorties soldiers may get some leave home to recover sanity. Maarraige and children might result in a SAN gain but severely mad will probably moiss out on family life. Tragic or inspiring letters from home might add or subtract a d3 SAN shift. Besides those gains can be lost again if evil target your personal lives.

New SAN Gains and losses:
Marry your one true love +1d6
Birth of your first child +1d4, +1 second
Adored by community +1d3
Promotion or commendation or medal+1
A month of prayer +1
Severe shelling 0/-1
Badly Tortured for at least a week -1/–d6
Discover you have been in hospital dreaming all along-1d3
Discover you were really in coma hideously burned all over -1d6
Die but resurrected somehow -1d20
Tragedy letter from home -1d3 Mom or dad died, fiance leaving you
Comforting letter from home -1d3 Your family proud of your sacrifice and prey for you

I am working on a new BRP sheet - my version has ideas for skills and bases from Ringworld and RQ3. Im going to get some sort of fatigue record and equipment page set up. One the HP/Weapons and Combat skills section will have boxes for HP with locations.

I will be running rules i have used lifted from top secret/gang busters. One slash [/] in a box is only temporary stun damage that recovers one per location per hour. A [X] is normal hurt real good like normal brp. This lets you have more fist fights and car accidents with less problems. The mook system with Morale instead of HP will be handy too.

Will use my card system booster deck

Players will have heavy military weapons so they will be deadly. Death should be quite likely for characters so a quick guide for new characters might be handy and allow players to adopt mooks on death of their PC.

My Cthulhu Metropolis setting would would be a feature linchpin dimension

Read some good fragments on war like underground military complexes - subterranean communities with own bakeries and newspapers and other services.

Of course JD has done it all before me....
http://aeonsnaugauries.blogspot.com.au/search/label/MutantFront