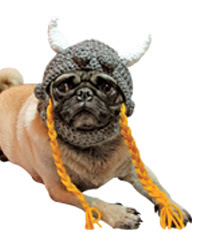 Been running Vikings last few months based on my previous BRP Cthulhu Vikings game. Sixteen years later the children of the Stonedale Clan are in hiding instead. Instead of being International viking trading tycoons the have been hidden in Russia as rulers over Slav thralls in a hidden swamp village. The Bloodstar clan thought killed in Vineland by parents had returned and was now hunting and killing stonedale youths. The mostly female party began a noble, a hunter, a shamans assistant a fishermans son who is handy with a sling, One is a child of dark elves who is becoming a shaman of land spirits and another is a hybrid wizard from Saturn, The lady wizard Zothaquasdottr had a extra face on her chest as her dad the bard was a servant of Tsothogua and a mighty sorcerer who lived on Saturn. Dad had had gated away to Saturn from Ralyeh when Cthlhu chased Stonedales when part of the corpse city arose near Greenland. On Saturn he had spawned with the freakish Dreamland folk and Tsathogua spawn there and she grew up with a mad dad and Wizard Eibon and Tsathogua's uncle Hziulquoigmnzha. She is now getting closer to thinking everyone back home was right.

So they visited Novgarod then Kiev and have battled witches (including one of Baba Yaga's "adopted" daughters. Lots of werewolves and have discriminated at least three types. One player joined Odins men and learned skill of turning into a wolf and later he met a evil were wolf who promised him power and baptised him into the old gods and taught him how to eat the souls of a dead person as a gift to the old ones. So he tried the ritual as a werewolf a few times and failed. Party has met ghouls cult in Byzantium, Marceles. Carthage and Rome by hanging out in graveyards. Another Stonedale studies witchcraft and sorcery and is the son of a Stonedale and a Sea Hag. Another Stonedale maid with a great axe comes from one of the magical island of the gods where a Sonedale retired to. She worships the sea god Njiordr and any local sea god you meet. Her and the party leader both have learned the skill of turning into sea lions which is handy for viking adventures. The werewolf has proven handy for threats and tracking. He keeps biting people in battle as a human and since biting a fish man has nickname of Fishbiter. Leader is a scholarly maid warrior with knowledge of Arabic, Greek, Latin and Hebrew. She knows of sorcery quite well but shuns it to serve Freya.

Zothaqua throws lots of cash and favours of knowledge to cities wizards. Party learn she has a extra face on her chest. Of course Zothaquasdottr had met Eibon and could read Hyperborean and had impressed Frankish occultists. Fishbiter spent three weeks in monstary to chill out over all the crap he had seen and now has allegiance to the dark powers and the christian god. He can read Latin now as Runic seems not so useful down south. Second generation mythos hunting vikings sure are a bunch of freakish fuck ups.

Most recently in 919 Frankland Mediterranean city to learn the local language and learn of the monastery they seek to sack from their parents list. Chased a witch to 1490 France through a gate she made to steal the book of Eibon from Zothaquasdottr's current magic teaching master. Kidnapped witch and her books and the big girl with axe kidnapped one of the witch's pretty young lovers as booty back to 919. Tormented witch for a month learned the secret of time gate and soul draining staff (RQ3 sorcery + mythos magic MP drain and storage device - woo!). Vikings now ready to visit the monastery by horse and pretend to be visitors as the river route now had a fortifications on river. Possibly might need to open bridge at some point to bring in troops by boat.

Was meant to be a quicky campagn os 6 sessions but I enjoyed reading all the history of Slavs, Estonians, Norwegians, Finns, Swedes, Danes, Kazakhs, etc. Im hoping they will get to Ireland to the next monastery, wipe out the Vinland cultist colony again, then visit Iceland then reclaim wealth in Norway and then visit Saturn and go mad.

So i betta get a Roman Sheet up and running
will include what kinda magic?
might include punch, kick and grapple and gladius and javelin and a few weapons
tempting to work out weight for roman armour and kit is and do some standard packs with weights. Sigh its dungeons and quatermastery creeping in...
Posted by Konsumterra at Monday, August 24, 2015