New Projects and Toys and Plans 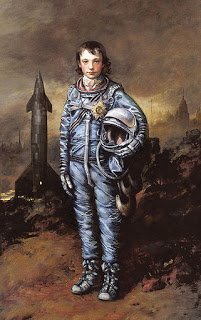 Have added some stuff under skin shop and will do so again
http://elfmaidsandoctopi.blogspot.com.au/2015/08/human-mods.html

Will do more Road war stuff like d100 road condition table including types of fences or barriers or dead trees or mud or dead grass or ash. Trying to finish d100 crystal wonders at the moment so turned into a crystal dungeon zone table set! Anyhow here is me rambling on about miniture fun and it's increasing influence over my play style which is kind of sandbox simulationist.

So got some more small animals for 1/72 scale gaming including apes, lions,bears and things that could be any 4 legged viscous mammalian beast. So can simulate ape attacks and wolf packs well now. Bugs and reptiles and frogs and snakes have been easy to find. I got some crabs and lobsters and other sea beasts but no octopi i can equip with swords and axes. Based up lots of new minis including saxons, more vikings, rus, 1900 armed civilians, ww1 field horse artillery.

Got lots of new toy cars to celebrate my return to road war gaming.

Finding of course having minis inspires adventures. Now I have apes a Planet of the Apes mission might occur in my road war game. While hotwheels are cool the Matchbox line of cars are techie and imply dinosaur hunting offroad thrills and adventure. Got enough boats and marine dinosaurs to do something now. Mosasaur guest appearing oin my vikings game was good. I have a bunch of 80s looking concept jet fighters (firefox hypersonic fighters) which will be handy one day or will be SF fighters.

Im thinking some cowboys (some with cows), indians, some pith helmeted colonials and tribal sets, so my WeirdWarOne game can evolve into a pulp game like hollow earth meets agent13.

Lack of electricity (or electrickery as Catweasel calls it) has helped my WW1 trenches and tunnels horror fantasy setting the Great Weird War.  Most of this is good enough for SYDCON Convention running. Lots of vintage cars or star trek or marvel cars in Hotwheels line on sale which are hotrod versions of 20s and 30s cars so will be using in future gangsters wars games with my minis. Good for Cthulhu too. WW2 partisans good for cthulhu too. Got 6 biplanes plus a german, a brit and two french ww1 tanks plus 4 armies. Im thinking Players as investigators sent into weird phenomena in no mans land and will choose to approach site with air recon or with infantry or with sappers. Good luck chaps!

So Gaming wise I am running BRP Vikings sunday nights and many non LARP sundays Im running BRP Motor Murdersports game with a few new players. Club will be moving closer to me in more public location again which will be good for membership and new blood.

So will be running BRP ROME (AKA I Cthulhu) followed by WW1 a bit late this year. Space Opera will be on table after that possibly or SPACE Cthulhu.

SF game will have one of these possibilities or string them all together with future time jumps every "season" really time asleep in hypersleep or lost in the void. Will do lots of blogs as I dig through old vaults of my SF settings.
Posted by Konsumterra at Monday, August 24, 2015