BRP Babylon: Gifts of the Gods 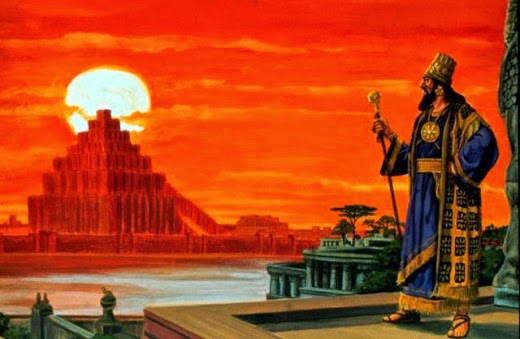 Toth (Steve) Half Egyptian Nergal Cultist has taken to wearing a vampires black kilt, blackened armour of noble quality and a huge khopesh. Keen to serve the lord of death and keep the underworld secrets from mankind. Keen for pilgrimage to Cutha.

Sobek (Hanna) Amorite chariot driver and archer whose clan worship lion ancestor. Her ancestors to west had some Egyptian links but have fled from west as Egyptians pulled out. Is good with animals and likes taking responsibility for livestock captured and donkey carts. Father allowing her to practice drive Sumerian battle donkey waggon with a team of four. Loaned a slave to drive other donkey cart and care for animals. Still looking for religion possibly join Ishtar but also meeting Shamen.

Ariana (Andz) Minoan raised daughter was leading crew of Mycenean Pirates, Adad cultist, and a swords woman. Adopted the weather god as was useful at sea or on land and handy for killing monsters and somewhat respectable cult. Very attractive and scandalous for partial nudity (more tolerated in south). Looking for a noble husband with dad's help. Preferably one in the army.

So party climbing the holy mountain when herd some growls and running beasts. All prepared and wolves charged through gap in rocks on trail. Misile fire injured about half and party killed seven and drove off rest. Kull was badly bitten in thigh. Medical attention looked after this.

Still higher and two horrendous Scorpion men, spawn of Tiamat guarding a cave charged. The party were wary of scorpion stings this time since fighting a manticore and all parried them in preference. Kull got a nasty bit and first one fell quickly. Second one lost several legs and tail before being finished. They had short swords and slings on them. In cave found their beds, corpses of barbarians, water jars. Also jars which turned out to be scorpion venom antidote they used so captives did not die outright. In back of cave was a tunnel. Party rested and next morining began long trek into cave. They got impression the tunnel was not actually inside the mountain anymore.

Found a tiled area with table, wooden bed with headrest, kitchen ware. Scribes desk and snake woman idols. All quite artistic. Wary of more monsters a atractive, elegant tall woman greeted them. Se pronounced she was Ugari and related she was kin to plant goddess daughters of Enki, Snake people on Gizzida and the old snake goddesses of the pre flood era. She impressed them mostly but realized she lived off cave snakes and bugs. Offered her a taru bird that sobek kept in cages for food and releasing in dangerous places. She cooked them snake stew and shared party food but they did see her turn her back on them and swallow the bird. They shared beer with her and spoke for many hours. She like kull because he would eat anything she ate even raw. But she slept with Toth and Ariana watched to make sure nothing bad happened to her half brother. After she and the snakw woman groomed each other and became good friends. Having told of the party adventures she said the fact they had seen these things and were here meant the gaze of the gods was on them.

They saught her advice about the cave ahead. One way went to gates of the celestial heaven and the other to the underworld. This was not the cave the sun god Shamash used to travel through the underworld or to heaven but related. Also asked about warning from Enki to not accept gifts from the gate keepers of the gods. Ugari agreed Enki advice was tricky.

If Enki gives you advice it may not always be in your interest. If Shamash advises you it is probably good. If Marduk advises you it is an order. Toth inhaled his incense and went into a trance but got mixed messages from his visions.

So to the path of heaven they set. After an impossibly high climb they came to stairs all set in lapis tiles with scenes of dragons on them. Finaly came to a chamber of palatial art and two guardians at the gate. Aspects of Tammuz as a handsome youth and Gizzida an old man with a lapis jeweled beard. The did not speak but gestured. The seemed friendly and inspected party. Gizzida went through the misty gateway and returned with scented body oil which all but Toth obediently applied. Then they were granted bread and water which Toth also refused. Sobek applied some to her pack goat and it shrink down to a coin sized fetus. She was a bit upset and put it in her pocket.

Then they were admitted. They went up more stairs into a identical chamber with same guardians who offered them to pass. This happened a total of seven times. Finally they came to a great palace which was mostly dark and looked long unused. But on the shining throne sat the celestial god of the upper heavens Anu, formerly supreme god of the universe. He smiled and inspected the mortals as he had not met any since the hero king Etana post the flood era.

They presented him with offerings which vulture headed geni took. They asked about the state of the world and what they could do to fix it. He explained the universe unbalanced and chaos was spreading across the corners four of the world.

The four ancient evils were afoot. Asag the great stone giant who once grought a ghoard of rebel stones from the mountains to wage wars on the flood plain people and Ninurta defeated. The Anzu lion-bird which once stole the tablets of destiny to usurp reality. Tiamat the Dragon of Chaos in the sea stirred again or some remnant of her from when Marduk killed her and dismembered her. And Hanbi a great wind demon and father of the winds who Anu long ago placated him and his sons with titles and purpose in the world. He looked at Toth who had refused his gifts and looked a bit scruffy by comparison and presented him with a meteoric steel Khopesh. All were pleased and thanked the god and left the palace.

Returned to the snake goddess and spent better part of a day with her before exiting. Got down the mountain and met others who were guarding donkey cart who said party missing for 15 days. Those who had the oil got +1 APP (making Ariana superhuman with 22), the brad ggave +1 HP (puting Sobek up a class for location HP) and he water reduced age by 1d4 (making kull look 15 - everyone else older and still looked adult).

Marched back to Mari staying in village on the way. Several recruited handmaidens from friendly Amorite tribe. Drove off bandits and wild dogs before one night camping women heard a pleasnt tune. Ariana and Sobek went to look and Kull and Toth followed suspiciously. On edge of marsh a handsome brown faces youth was waste deep in reeds playing a pipe. The men saw he had horns and thought him ugly but ladies seemed attracted. Toth dragged away Sobek lifting her over her shoulder as she protested.  Kull went to stop Ariana and the angry Satyr threw a rock at him. Kull went into a rage and struck satyr in head with his axe, cutting his scalp and knocking him out.

Back at camp there started what was to be a several week fued about what to do with him. In Mai city found Temples of Tammuz and Geshtianna offered hundreds of shekels in goods for the beast. Ishtar temple offered more. Beast kept threatening to kill men and steal Ariana the fairest. Sobek had sex with him while imprisoned in clan trade house and fell pregnant. She had a diviner tell her it would be a son. Kull kept taunting him with his flute and even smashed it in front of him. Satyr spat on him so he punched it. Visited often to give him a beating. As a wasteland savage he knew these beasts stole women and hated them.

It did tell of how his father lived in mountains with human wife kidnapped long ago and how father had driven him to wasteland at puberty.

The long trek to Babylon they met some hunters and traders and a band of Hurrian bandits. Once home they sold off the loot they had taken from the wicked. Toth wanted to sacrifice the beat man as did Kull. Others wanted to sell. Some suggestion they could pimp him ou to curious rich ladies. Ended up getting a good price from Ishhar temple who wanted him for secret rituals. Sobek demanded a bigger cut as alimony for her child. Others begrudgingly let her have extra.

Kull settled into his new country shack and went to market to buy a wife. Found a deptor selling his daghter and he paid good price and married her. He had learned to read and wear proper clothes and was accepted as a Babylonian citizen. Was keen to join cult of Marduk in a sect specializing in civilizing and fighting savages.

Sobek paid for a nice house to be built from brick and furnishings and nice things for her unborn child. Even put money in temple with will for son he would get only if he behaved properly. Probably a tall order.

Ariana stayed in Daddies palace and was looking for husbands and attending royal functions. Toth was busy with studying the secrets of the underworld.

Next time will plan which of the great evils to hunt.
Posted by Konsumterra at Tuesday, February 09, 2016