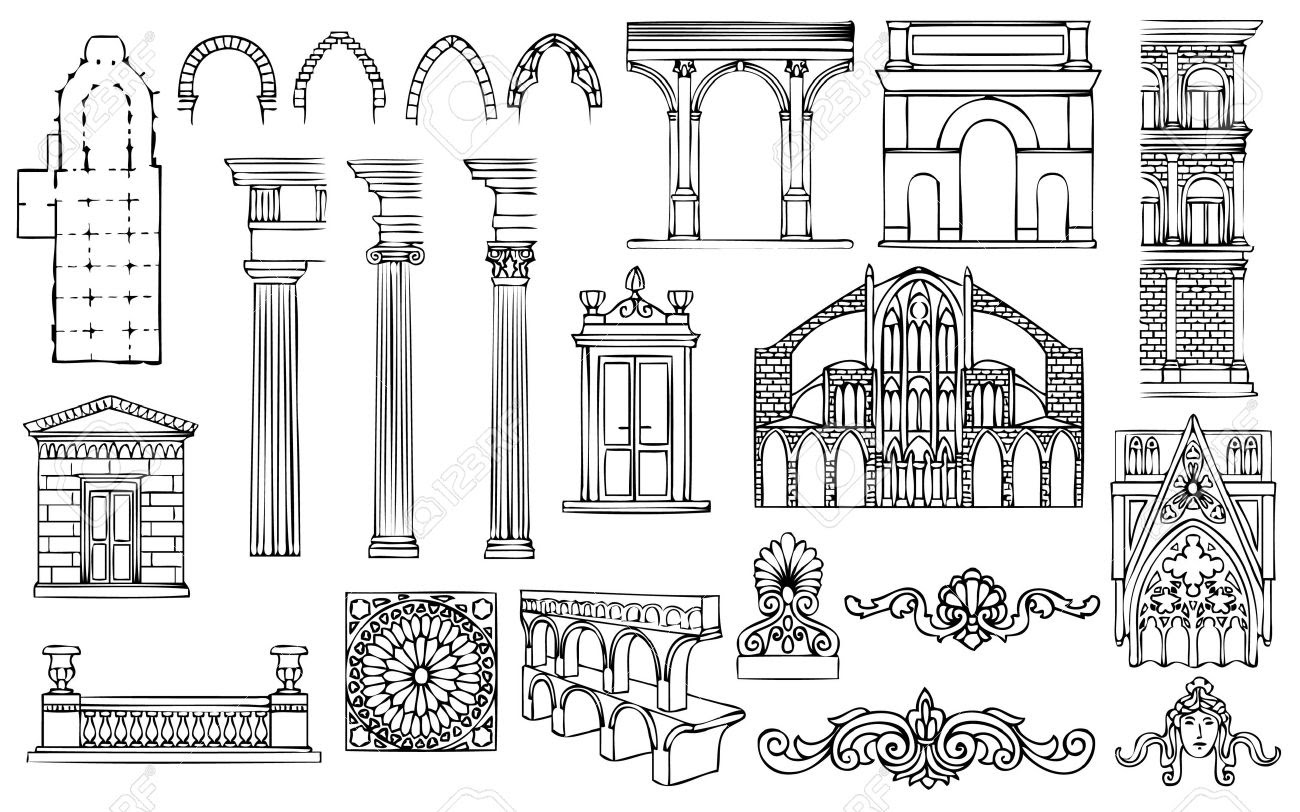 These are intended to furnish castes, palaces, manors, churches and large state buildings. But really for dungeons. The more decrepit catacombs version of table more run down, possibly crude, with lots of dead. If description calls out for a open courtyard or windows then there is a cave ceiling or built dome in place above instead of a sky. It could have a deep shaft from above and some light.

Gothic dungeon rooms A-Z goes well with this
You could probably arrange some letter forms and put courtyards connecting multiple nodes as squares or circles or hexagons
http://elfmaidsandoctopi.blogspot.com.au/2013/10/gothic-dungeon-key-z.html
add this to do gothic dwarf dingeon and add undead grave stuff for horror
http://elfmaidsandoctopi.blogspot.com.au/2013/07/dwarvern-dungeon-dressings.html