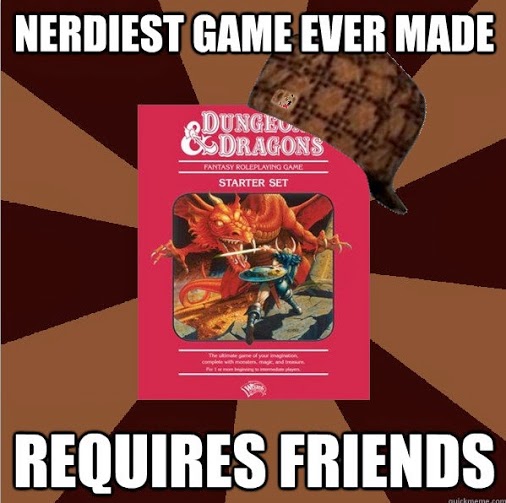 Last post of a similar title I wrote at start of several months of being bed ridden with pain. I came to regret some of what i said and saw with horror how many people read it as it climbed up my top 10. I even considered removing it. Immediately after I joined larger Sydney scene and ended up living above a game club and involved in two other clubs and am next to be in the local con as a gm.

I have made effort to try new versions of DnD to give them a chance and am finding myself wanting to play RQ and TSR Marvel again instead. I never stopped playing Call of Cthulhu and have updated grudgingly to 6th ed and have next ed quickstart book a friend got at gencon.

Plenty of guys playing first Ed warhammer fantasy roleplaying and 1st ed rogue trader in my club. Warhmmer fantasy wargame seems to not be of interest and apparently mutated away from 40k.

So I encounter strange looks from DnD fans at my choice of AdnD and older BX and Cyclopedia versions. So someone asked me what is the gist of oldschool DnD, what is the difference and is it just dungeon crawls and killing new characters off.

If it aint broke dont fix it
I grew up with 80s basic dnd and have gone back - i use adnd to fill in holes and blanks and even some second ed. I have tried to play more recent editions and while the dm is most important element over rules, playstyle now is so slow and engineered to make me buy stuff and has too many choices.

My games play 40 rooms a session, more modern games taking same time to play get about 4 - I have seen this again and again with over a dozen post adnd DMs. Old game feels like a creative frame work - adnd seems like a bunch of ideas to cherrypick for a dnd game (remember books came out years apart - white  dwarf was only source of to it tables for a long time).

As nothing happening in these post 2nd ed games I'm in after months I'm quitting them all without concern.

DMs tell me  can be anything I want "wolverine" "batman" "thor" any epic fantasy you want. I dont want this. I like being a humble beginner who works at being awesome over time. I would rather play a game that did this better with less rules like a superhero game. Id rather RQ or even Warhammer FRP as I feel I really can do anything in play without character classes and a truck load of rulebooks that dont feel play tested. I like post 70s wargamer pseudo historical fantasy not the anime/computer game/comic hero game it has become. Im not into hyper realism. Pathfinder I like look of art but not for my world or heroes - too over the top like final fantasy. I like a mix of artists and even vulnerability of heroes (more like Roman Polanski's Fearless Vampire Hunters not Marvel Conan or warcraft with axes nobody ever used in armies). Overdesign in layouts visually a turn off too - I like textbook looking rulebooks not a cofee table snowjob.

One thing I find is since joining local scene is I hear same criticisms of old DnD from people who have never played it. PPL look at me with amazement and horror when i say play BX-cyclopedia edition.

"dungeon crawls, randomness, and butchery of 0- and 1st-level characters" I hear hatefully by people weekly who have not even played AdnD. We manage to not die, spend sessions with sometimes very few rolls and I have never run a megadungeon but I might try such a campaign once. I like random tables because they let me run total sandbox games where players can do anything and I get to have fun with NPC's.

I think oldschool gaming is far more creative than stereotyped by newer gamers. Anomalous Subsurface Environment is genius and is a megadungeon and is one of best DnD products ever. Old DnD and its pick and miss rules and lack of canned game setting to me made it more about creativity. DnD was creative and that is the spirit I see in the oldschool blogosphere. While I see modern games where everything from a product - boxes of npc cards, piles of monsters, mountains of world books that players read anyway and are not really very special. I remember when Greyhawk and DnD gameworld (later called Mystara) were only published DnD worlds - so open and yet to be detailed you could do anything with it and every DM did them different. Even the Fighting Fantasy world Titan  felt like anything could happen.

Herodotus better than any game source book ever published - Id rather read a real book about swords than a game book. I dont want to see a whole page in a monster manual on dolphins with their behavior explained when a real book or net does this fine. So many rules and so much detail on monsters and worlds feels like less room to move.

I dont have feeling I will die in these games other players remark on my bravery after mocking me for playing fighters (less choices less reading and books). I have Played FATE and almost passed out through recklessness and other players amazed. I never felt at risk in a fight. I handled poison without fear. I only bother to be cautious when at my bottom few HP. Low level DnD 1-3rd is among my favorite. It is more like Call of Cthulhu, scary at every turn. The secret of survival is to have as many followers as your CHA can stand and you can afford. Meatsheild NPCs numerically reduce your odds of dying. Sensible play is key to survival. DM doesnt have to be a killer and can maintain terror easily without actually harming a character. This seems to be an often misunderstood element and followers dont seem to be a big part of current game now. In my game CHA one of most popular stats.

Now DnD has taken an RQ like skill system with more maths, gurps/champions advantages and disadvantages and prestige character classes like warhammer rpg. It feels like a mess and less like game I grew up on. I could claim to be just an old stuck in mud fan boy with romantic delusions of the past but I know plenty odd 20 something oldschoolers are out there who agree with some of what I have said here.

Editionitis, overdesign and bloat have plagued other games too to be fair too. If anyone asks me about starting DnD now I would send them to free upload of blueholmes edition or osric or labyrinth lord or even red and blue BX or cyclopedia books I grew up with for a few bucks. Being old doesn't make something better but something new is not necessarily better than 99% of history because it is new either. I have read far more games and settings than I will ever play because they inspire me and I like fictional settings in a non fiction format to fiction if that makes sense (eg I prefer to read game of a series of books than original books in many cases). Why I had most of GURPS 3rd ed and have stopped following it now.

Mind you a few hundred bucks of games I want in stock at my game shop now (mostly Chaosium or BRP licensed). I did see several people claim oldschool and OSR are just marketing tools for greedy salesmen with no meaning. Harsh. Ive spent under a hundred bucks in last year, more than 99% of everything I have read or used was free from other blogs mostly. Look at all the cool stuff for Star Frontiers coming out free for a game that has been dead for over 20 years.

Games I still want to run but struggle to get reliable or interested players. Getting new players in my club will be good. Getting serious duration even 6 game campaigns are tough. My Cthulhu 1490 was meant to be a one off but now 2 months and still going.
Posted by Konsumterra at Wednesday, September 11, 2013