Get Rich Quick with the Dungeon Gleaners! 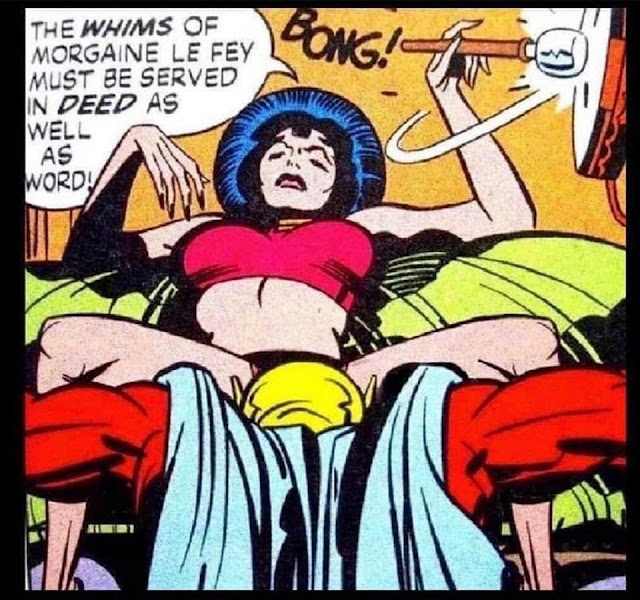 Dungeon gleaners are the clean up crews who take what is left of adventurers. Some luck out and leave with a trinket to solve their money worries such as a marriage ceremony and feast. Some just die or vanish mysteriously or obviously from some unfound horror left by adventurers. Some youths who do this get apprenticed to the crafters recycling dungeon fittings. A few go on to be lantern bearers or pole bearers for adventurers or even adventurers. Sometimes a local village will glean a dungeon left by adventurers and sometimes they find a secret door or a hidden treasure or forgotten evil. SOme operations keep a wizard or priest nearby for magical problems, usually, they are of the lower level 1-4 sort. These could be starts for beginning a campaign or a dungeon funnel for Lv zero starting characters.

So after adventurers leave the gleaners move in.

They first remove bodies or cover up dangerous and foul things, adding warning marks with chalk even barricading or building bridges or scaffolding for the experienced gleaners.

They take easily carried away furnishings, then built-in items removable like doors.

Then they go to work on valuables like any wood or metal they can remove and carry away filth for compost. Sometimes these things are too tainted and get burned instead.

Then they go to work removing bricks and cut stone systematically leaving supports behind they can set fire too as leaving so the place collapses.

Sometimes new entrances are dug in or a hole is dug in through dungeon ceiling to be used as a garbage dump. Sometimes these dungeons can be turned into a mushroom farm or a wine cellar or other storage and sometimes the shantytown of workers stripping the place remain and build a village on top.

Sometimes gleaners are just villagers, sometimes they are miners, or merchants or itinerant work gangs, professional companies or guilds and sometimes adventurers get their followers to supervise such operations.

So with this given you can work in gleaners into your dungeon.

Someone wants to buy dungeon claim rights after adventurers leaving or celebrating in town.

Overzealous gleaners are lost in live dungeon not realising adventurers left just to rest and heal and recover spells.

An enthusiastic crew camp outside dungeon and set up a walled camp.

A noble has a claim on dungeon and demands all treasure given to him by law. He has arrived with own crew of gleaners from his estate. Usually this is before dungeon finished. They might cut a deal.

Perhaps a plague or mould from the dungeon is a problem later turning village gleaners into undead.

d12 Gleaners Motivations
1 Desperate and owes money (mob, church, bank, guild)
2 Wants cash to be free of obligations to family and home
3 Needs money to send to family
4 Bored and trapped by society seeks some adventure
5 Seeks opportunity for apprenticeship or service
6 Wants to be seen as brave adventurer to boast in pub
7 Desperate to impress a potential mate or lover
8 Starving and desperate for any extra work
9 Looking for that one lucky find to get rich and run away
10 To steal as much as they possibly can grab for selves
11 Tired of current career and obligations needs a break or change
12 Secretly an evil cultist informing evil forces who want dungeon back

So go grab a Dyson map, tell a story of some adventurers or the law wiping out most of the monsters and send in the gleaners.

d12 Hazards on the Job
1 Trap has been left intact and not noticed till too late
2 Working on removing building materials causes cave-in
3 Workers have an injury using tools they are unused to
4 Vermin or parasites of some kind bother a few workers
5 Workers are thriving bastards nicking everything they can
6 Someone poisoned or diseased or cursed by something they handle
7 Bandits try to steal valuable dungeon filth
8 A hidden monster or enemy kills workers, all in fear
9 New monsters enter by burrow or water or other sneaky means
10 Haunted by spirits making workers fearful of souls
11 Cultists among the gleaners serve some other cause as informant and saboteur
12 A war band of allies of the old dungeon occupants arrive and unimpressed by people looking their friends

Most gleaners will be 4-30 person crews with a wagon or cart, various tools and possibly a good knife and a spade or pick. Often in a crew there will be some with experience with crafters and at least one smarter person who can identify things or even read. A good leader and planner helps and a bard cant help to make nights more pleasant around camp fire,

d12 Odd side effects of gleaner life
1 Obsesivly sees any scrap as loot to store in shed
2 Develop an odd taste for dungeon or monster food or drink
3 Develops intense disinterest for living with normal folk
4 Ignores and works with disgusting things without complaint
5 Some interesting scars from that one time
6 Has a novelty trinket from one dungeon
7 Met members of a cult and initiated
8 Learned a cantrip while serving a spell caster on the job
9 Has ambition beyond a normal servile and modest life
10 Got married, had kids, happy to settle down
11 Used money or contacts or reputation to improve status at home
12 Became a proper adventurer with at least Lv1 in class

Remember after wars bones and teeth might be collected even. After the Napoleonic wars England bought ground soldier bones for agriculture and dentures with real teeth became commonplace. In my post apoc games any stray meat goes into bio fuel.

Maybe next time adventurers return everyone looks better off and some using monster technology or new stone walls with recognisable dungeon idol chunks might be a thing. That fireplace might have engraved stone from the dungeon in it. Locals might carry goblin swords all cleaned up. Some might have bigger egos. Locals with a bit of wealth, experience and weapons might become more ungovernable or drive out bandits and humanoids with newfound courage and skills.

Gleaners might lead to all kinds of interesting adventures like looking in village houses for the three stones that make inscription of a spell or a map or poem. A village has some legacy of evil strike them because of dungeon gleaned a decade ago. Some think kills those carrying any remaining trinkets.

Reverse gleaning possibilities of course are your monsters have been doing this to the humans they harass in their territory and one reason monsters have so many human-made things.