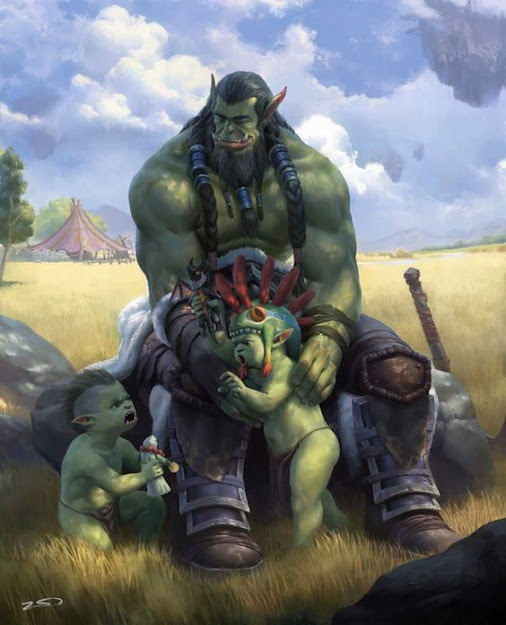 "Have you heard what the village is saying about orcs nowadays? Heresy I say. Orcs have souls? Preposterous. Next, you will tell me about orc paladins and don't they dont all deserve to be strangled at birth"

In my game there are a bunch of wizard spells to make orcs. Oldest turns tortured elf into lots of orcs, then they did one with dead elves to orcs then all those wizards died and they made murdered humans into orcs. Nowadays wizards use pits of alchemical mud to make orcs in batches. Orc slave-coaches teach fresh born fully adult male orcs how to be cruel sadists for a month in their spawn pit before sending them to military school.Nowadays most orcs are sick of wizards and evil overlords and breed like everybody else and have diverse cultures and individualismThen there is spell where wizard surgically fuses a human and animal into a beast abhuman in 12 hours without anesthetic. Abhumans not so keen on wizards either. Wizards are jerks.

Thanks to those who came and chatted on my FB page Next: how all dwarfs are really bearded women
and how only 1% of elves reach puberty ever
Posted by Konsumterra at Saturday, July 25, 2020