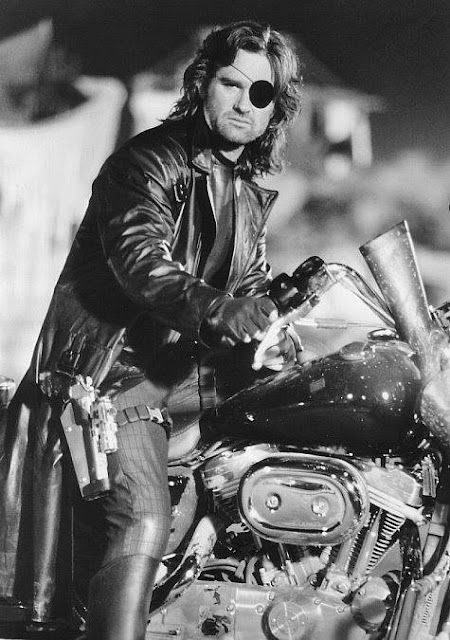 Been busy working in Sydney lots. Prepping for a mural with red tape, insurance for Canberra. Got my xmas airfairs for Adelaide check. A month behind in rent. Shit. Today I saw hippies doing yoga while dry humping trees and swinging about and being dicks with orgasm faces while I walked past them with bunch of kids i collected from school. A bit icky. Is this some new fad? Is it consensual? Got cut off my pension for not attending meeting with the org who state insist I visit to help me find work when I work as much as I am legally obligated to already. I will have to miss paid work to meet this hopeless organisation that is really about torturing ppl. That's how Australia rolls nowadays. My Canberra home had a bit of a make over and is more roomy. Nicer place to sort my crap and listen to music and read comics in.

Will start compiling my Roadwar book this weekend. Have a cover and basic layout. Could do the Gamma world one. Will put out a bunch of game books and zines as PDFs out this holiday season during my 2 weeks off in Adelaide.

Snake is one of the great apocalypse heroes and escape from new york is awesome film. Just enough black comedy. It is cyberpunk and post apocalypse like Judge Dredd and fits in my setting pretty well. 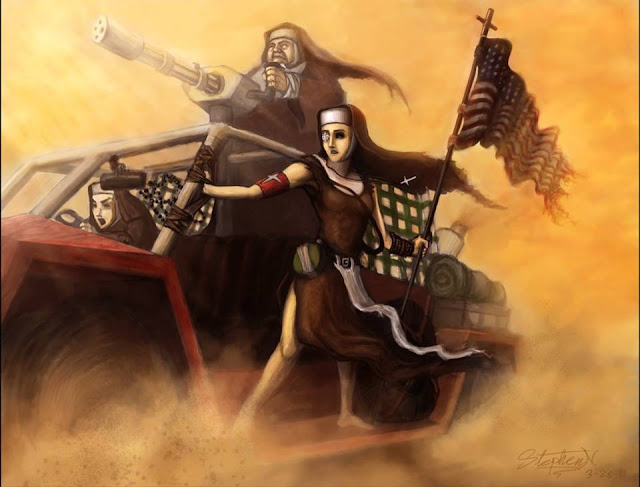 Nun gangs are awesome. The dark Future novels by Jack Yeovil are amazing. Martial Law comics also featured a nun cyborg gun. Well Poster and a T-shirt did Im not sure if comic used them much. In my setting like the novel the Vatican sends cyborg nun agents around the world to hunt occult menaces and serve Vatican interests. 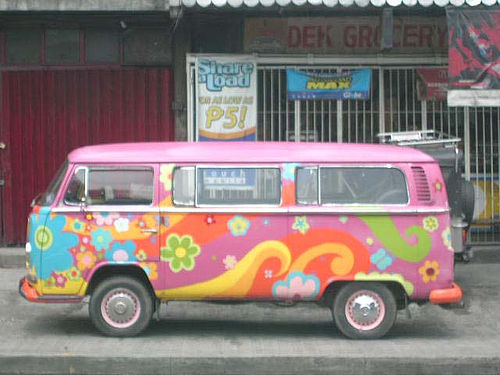 Hippies have grown weirder in the wasteland. Crazed cults, mutant lovers, eco terrorism and cannibalism. The sight of a coloured combivan fill many with fear on sight 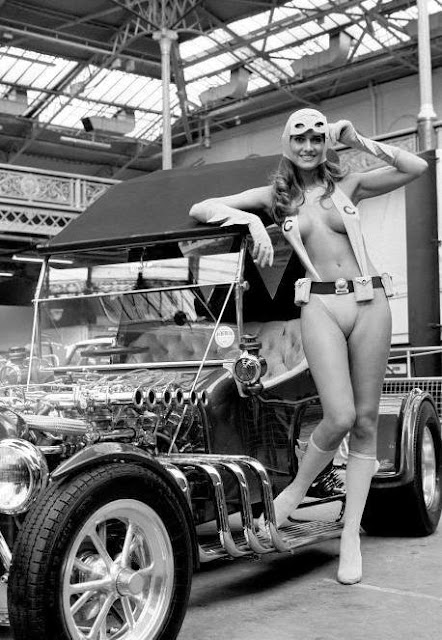 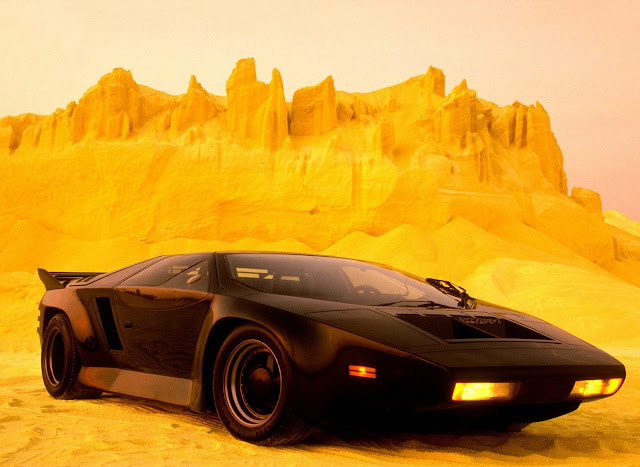 Australia was always mostly crap desert and since the 80s it has only gotten worse with the solar flares and the loss of the ozone layer. This car is typical of the elite sanctioned ops with nano repair hulls, artificial intelligence and even a cd player. 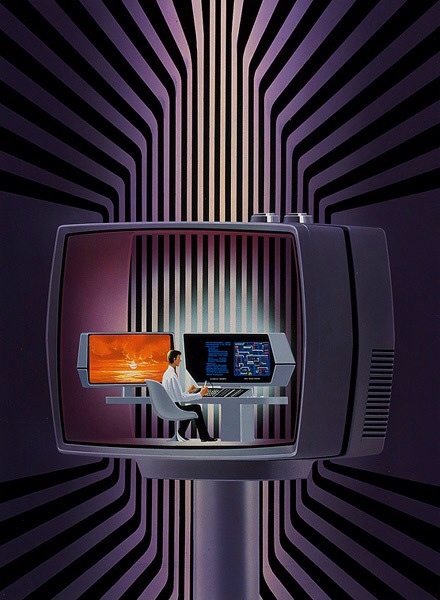 Players have noticed my setting uses antiquated computers like Apple Newtons and the weights of laptops. This here the kind of set up in a gov or corporate black lab. Such a terminal controls whole facilities. Reel to real tape still exists but some of the most advanced Muller Fokker tape is holographic nanite colony suspended in a liquid crystal solution. Such tape is not really understood by it's makers but is capable recording a AI or human brain. These are mostly used for clone insurance companies and programming skills in brain hacked cyborg agents for missions.Tape can be played in normal reel to reel players and computers but they can behave strangely like playing songs form memory or developing personality bugs, making art or desperate cries for help or death. (Muller Fokker Effect,by John Sladek - makes Douglas Adams seem lame). 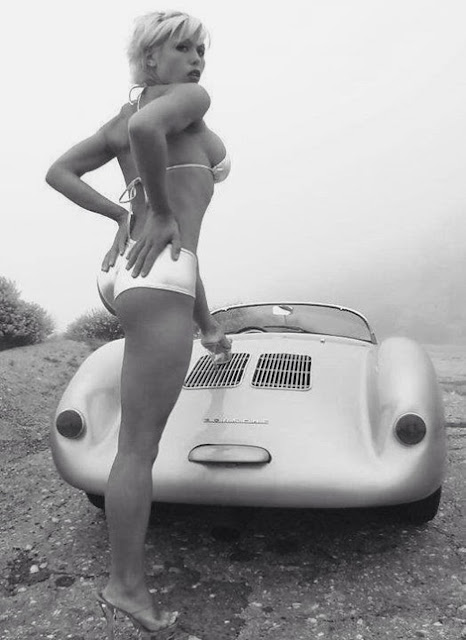 Retro car hulls are popular but anything could be underneath for the rich. Death race bikini girls attend all the races, hoping to score with a famous racer. Of course deathrace teams hire these girls to sabotage rival drivers and cars. Many drivers keep a loyal "navigator" team member who is really a sexual plaything but often operates rear dropped weapon systems. Some can even read a map. They certainly make drivers look good and more desirable which is good for sponsorship. Musclebound pretty boys in leopard skin or gold briefs are pretty common too. 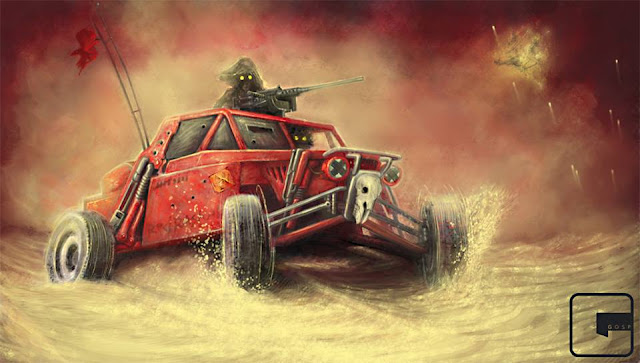 Weird stuuf is happening in the waste. Hooded mask wearing gangs are pretty common and you dont know what they hide. Disease, mutants, undead, rogue androids anything could be under there. If you see such gangers with glowing eyes come from the dust clouds with a machine gun odds are they are unfriendly.

Having a awesome car with futuristic tech is pretty awesome but the real rich ops and A-list death race teams are replacing the oldschool bikini girls with high tech sex androids. The risk of a driver being seduced and sabotaged became very high. Unfortunatly while these androids are highly secret, they in turn can be hacked. Most users dont know about this yet. Then there are those android theme parks. Some have been shut down due to homicidal androids. Some escaped and have gone rogue. One headless one became a death racer and had to find new human heads to pass as human. Great times. 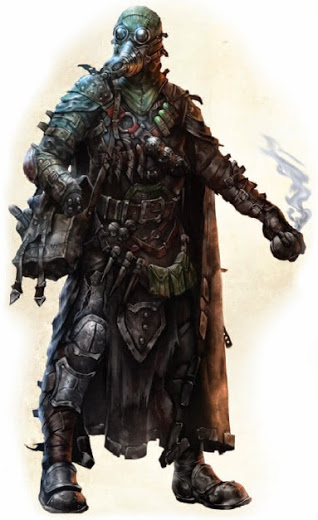 The wastes get weirder all the time and it is best to beware of anyone you meet. It isnt like most have a choice to hide in the walled cities and controlled zones like the rich. The occasional rich idiot goes to the wastes for a lark. The few who live don't try again. Mostly. Full body covering helps keep away bullets and bioplagues and hide deformity. But don't trust the normal looking people either. Or anyone. 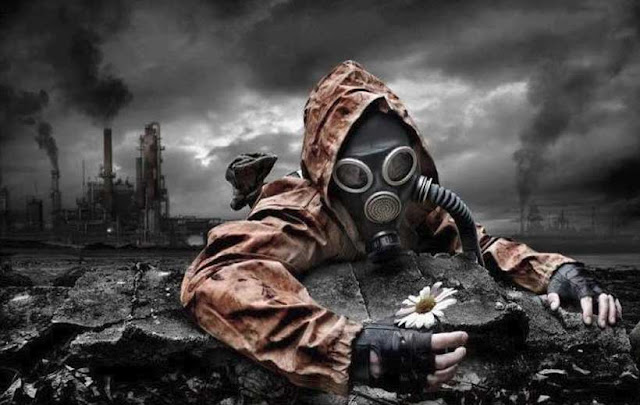 The plagues and eco disasters have left many areas industrial toxic wastes where automation mostly operates. Inhospitable to life Mutants flock here as they don't get bothered much if they stick to the ruins. Operating estates use kill drones and robots. Some employ gangs to keep property free. Nobody would work here unless they were desperate. Many are forced to work here in dole work schemes or are desperate foreign labour. 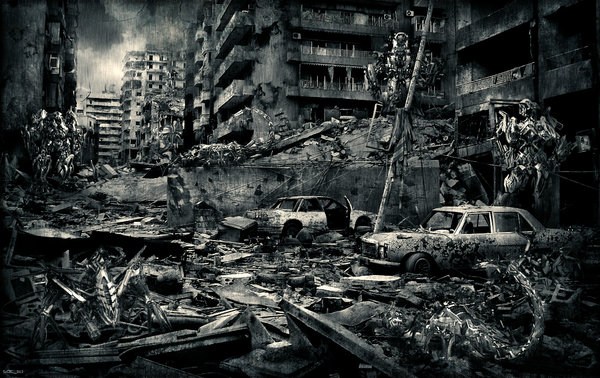 Most of the core bigger cities survive with walls and controlled zones and airship freight. Smaller regional cities are the worst hit. There is plenty to loot but the gangs dont like outsiders. Some have martial law imposed on them by military or are crawling with undead. Sometimes a death race goes through one or the new reality show Death Scav, where teams with a vehichle have to go on scavenger hunt. The rich like to operate turkey shoots in such places too. Many buy a convicted crim from a prison or find a terminal plague victim or someone desperate for cash. The hunters have been getting more gimicky and ecentric. At least the Death Scav and turkey shoots have been held at the same time in the same city which got great ratings.

Somewhere i have hand written cable tv program guides for my setting...

have a good holiday season or else
Posted by Konsumterra at Friday, December 02, 2016