Major Rewrite of my EMO DND 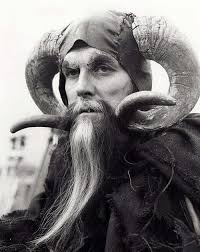 So ive been on a major rewrite of my retroclone dnd game system. A few reasons.I have been tacking bits on for over four years and some content not used for years so cut out. I want it to be faster for a new player or walk in one off to have a ready character. I want to streamline choices, especially some that have caused confusion or slowed character gen down. I have see a few sub systems and mini games for mechanics I like and want to adopt. Simplify some sub systems which will also reduce record keeping.

My game is basic DnD with a version of late adnd proficiency system added on. Mostly like the original OA system with some ideas from later version feats added in. I like to use skill system and build thieves and monks around being skill specialist classes rather than they all have same abilities. Warriors get the best use of exotic combat skills.

So I have done some basic classes with rogue and warrior done pretty well. Conceptually have sub classes or examples of quick build kits to make quick characters possible. Will include basic equipment, starting weapons, skills, spells and plus a list for additional skills to choose from to streamline beginner choices.

After putting most of player gen tables on two a4 landscape sheets has been handy so more stuff in this format. Experienced players use this entirely instead of the more wordy version.

Have started lansdcape version of skill lists and culled a third of the skills seldom used or mostly abused. Will write short descriptions of each and then use revised list to build the various class varients which should be easier. Three hour bus trip was handy here.

Revised spell lists describing spells in more detail in landscape by types and level. Will do a basic elf and bard list seperate to the arcane/divine/nature list choices ive let them pick from before before (might let them as an option or for sub types).

Might need to make Planet psychon version of character samples, possibly use my mentalist/psionics spell lists more. I have plans to make a mutant and machine spell list to. Robot one worked out ok but i never did higher levels in detail. The submersible player robot who could turn into a moped was pretty cool. He was always collecting parts for spares or build a follower or girlfriend. Cant go wrong right?

I do like modern idea of less save improvements or classes specializing in only a few. Ive been using stats for saves and skill rolls which is good but i think some scale of mods and penalties would be good as most saves better than half and sensory skill rolls a bit easy, especially when multiple members have skill. Also I like players being able to try things out without a skill but 1/2 chance a bit generous. Secret doors too easy to spot so a list of example difficulty mods handy.

Tempted to replace halflings or gnomes with goblins or allow their example builds to make different little people to make goblins, barn trolls, hedge folk, faeries, etc. Im pretty happy the way my Abhuman class can be used to make beast men, barbarians, rock men or orcs. My changeling super malleable too so gnome and halflings need to get this useful or go. I do kinda like he way a halfling and a bunch of followers turn into rock hurling machine guns that mow down enemies.

Paladin and rangers work as fighter builds. Barbarian has more in common with my beast men than fighters (human beast men?). Assassin is fine as a rogue/theif build. If i build more classes they need to fill rolls between other classes and do new things. Also that specialize in my mentalist spell list. New classes not a high priority.

Current favorite ideas for classes include

Mystic - uses mentalist list and competent at fighting or spells. Like the modern versions of assassins with spells. Somewhere between a monk-assassin and spell caster for humans. Good for cults, holy hit men, weird martial art sects and other weirdos.

Alchemist - materialist spell casters who spend gold and make potions instead of memorise spells. Will have own spell list. Was a dragon issue (121?) with a class like this i really liked. Lot like wizards and sorcerers physically.

Shaman - related to priests and possibly called exorcists in civilised church hierarchies. A a bit like shukenja in OA a priestly type who is less into combat and has astral travel/spirit sight abilities instead of turning. Possibly use psionics list or priest for ones in hierarchical institutions. Like alt priests now might get a non turning power, possibly shaman could have alt ability like prophecy. Ancient diviners sects would often be parallel to priest hoods not actually part of them. Partly to create a less flighty priest. Clerics i see as pretty much Templars and make paladins unappealing. This class will make me develop spirits as a more frequent type of entity.

.Witches i have thought about for a long time and i liked the dragon one with the Elmore art. I have considered letting them use every spell list including the alchemy and mentalist list.

I did have a system where you make a alignment oath every level and get a taboo. In return you slowly got spells which could make a fighter a paladin or ranger but also allowed wizards of chaos or light. Might be worth including. The first four levels you just get cantrips till you first proper lv1 spell at 5th so not too game breaking and makes alignment have a function.

So each will have starting proficiency slots, spells and equipment listed
Ive considered offering a bonus random proficiency for choosing a type also

Numbered for quick convenience, not caring or NPCs

Anyway so these are sample "classes"

So when skill sheets done i will be able to knock up these, many are pretty much done already so a good project on long buss rides. Will help make NPCs and newb players faster. Will make more user friendly for users with layouts.

Mostly ideas at this stage - could do rest of the classes i use like - halfling, gnome, abhuman, changeling, giant,

Abhumans were Beastmen but i found they could include all kinds of semi human beefcake. Will include barbarian, orc, beast men, element and mineral and plant men, ice men, etc. Play proved this class very flexible base to play with. Changelings did too with animal, plant and other weird versions.