Revising my Class and Races in BX 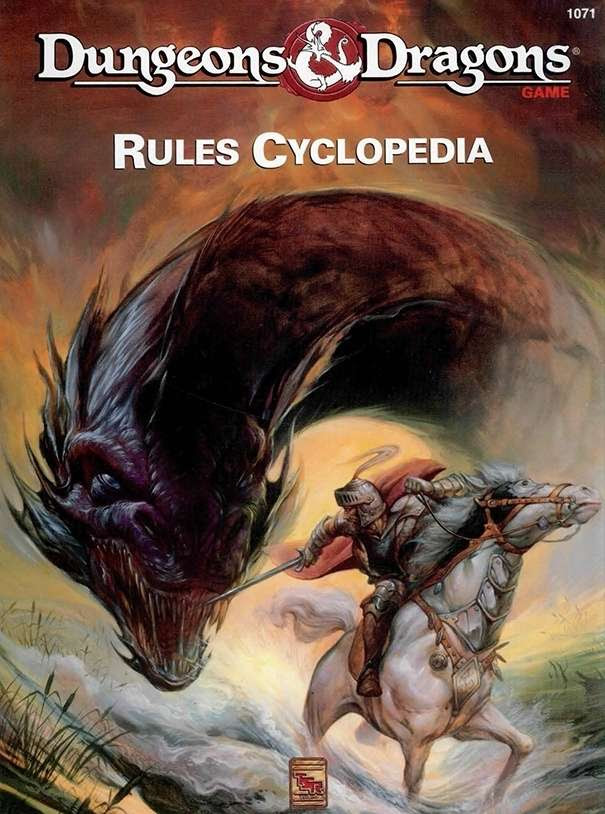 So played Temple Of Elemental Evil game again which is fairly responsible for my getting into DnD 4ish years ago. Ive had several computers not run it so works on PC where im staying. It probably influenced my DnD game which is basicly BX with late ADnD proficiency system and a few things pilfered from later eds. (Im always hunting a copy of cyclopedia).


So while Im not playing DnD I have enjoyed some recent discussion of class basics again. So as I will get around to revising my stuff this year.


I irrationally lump my classes together in groups of 4

I would ideally have a list of specialist sub-class examples built using my system. Wizards and Warriors would represent different schools of training. Rogues would be specialist criminal and subterfuge based guilds. Priests would have different cults, alignments or priestly specializations. Druids in my game come in many types and alignments. Sorcerers sub classes represent planar bloodlines and patrons. Non humans sub races would be more exotic breeds. My Abhuman class is pretty good for orcs or human barbarians. I had thought to have gnomes used also for hedge trolls and small fairy folk and I want to expand on this approach for humanoid and fairy creatures.

Basic Four Classes
So I still work with basics and i dont really use XP anymore so I want thieves a bit tougher than traditional. I could play with just these four and mostly use them in beginers games.

Cleric/Priest (Templar, hospitaller, inquisitor, exorcist, witch hunter)
One branch of sub classes for priesthood specialties, one for religions and one for alignments
I need to do my setting gods properly sometime instead of european/middle eastern stuff

So The next four I see as derivative of first four
Monk (Various orders of martial artists, weapon specialists and monastic orders)
Mine just get lots of weapon and non weapon, shun armour and sheilds

Druid (Sects such as black druids or blood druids, or terrain specialists like cave druids)
I considered merging with clerics. I have a pretty good spell list so they work fine

Bard (each bard school is a separate subclass)
These more like the second ed but less fight based. Need to work on some higher level song fx

Sorcerer (Various bloodlines and patrons from other planes or spirits)
Another late DnD add on I like. Easier for newb players or ppl who cant be bothered with wizard

My Races
I will introduce more subclasses that describe goblins and humanoids. I will be flooding my setting with more trolls so more like RQ and mythology - DnD Dungeon trolls will just be insane chaos tainted trolls who petrify in sunlight.

All my basic races are demi humans kin to faerie and human kind
Dwarf - pretty much a alt fighter but could stand for derro, duergr, some trolls, etc
Elf - will handle various elves, i like having ridiculous elf types, blood, lava, gold, star,etc)
Halfling - giving them increased rock rate and damage has made them living machineguns
Gnome - my gnomes useful for many humanoids like hedge trolls

Second lot of races are all mine and fill various rolls
Abhuman (was beastmen) now includes rock, ice, orcs, barbarians, centaur, goat, lizard
Tako - octopus faerie folk from under the sea have moved on shore - where the octopi in my Elfmaids & Octopi DnD came from
Giant - grow a d12" per level but live among men when young, worked well
Changeling - shapeshifters can include doppelgangers, selkies, plant spirits, beast spirits, lycanthropes, mermaids, etc

The Abhuman and Changeling have proven very flexible with variant types and are used plenty. (sidebar links to my campaign stuff has all this). Changing from beastman to abhuman worked well and will let me include more exotic non animal fighting folk like plants or gems. Changeling is a armour shunning race able to shift form like Oriental Adventures spirit folk.

My other biggest change is my psionics handled as just another spell list and I would like to use several classes using mentalist spell list. Probably be Mystic and Shaman (Exorcist or Medium).

While I have considered adding assassin, paladin, berserker, cavalier, ranger, illusionist they can be done under my sub classes easily - most classes just examples. An illusionist fits under wizard subtype but my psionics include plenty of illusionist stuff. A fighter (knight) could change class to cleric and probably would look paladiny. Im not convinced all of these need a class but there is argument that players might like them even if they are redundant. Modern versions of Assassin seem to include magic powers. I cant be bothered with half elves either. I have however done spell progression for some of these classes. Another option i have considered is a system where you get new alignment oaths and taboos every level in return for a slow spell progression chart. Like a cantrip per level with a 1st lv spell at 5th lv. Easy to add to current system and can include any cult or alignment like a cult champion.

Classes I would consider to be part of a new foursome and
Mystic a hybrid monk a psionic warrior (probably a bit jedi like and makes a magic assassin class  redundant) use mentalist psionic spells and monk like physical and martial devotions. They could be confused with monks but are more about developing supernatural mentalist powers.

Witch - undecided but considered some mechanic and use any spell list or casting style including Priest, Druid,Wizard, Sorcerer, Mentalist and Alchemist but recover spell energy and channel through a limited number of known spells

Shaman - spirit specialist holy person like shukenja priests in Oriental Adventures use mentalist spells. Learn by rituals and capturing spirits (spells) and holding them for readiness unlike the way wizards and priests re-learn their spells Also could be like a yogi or exorcist or medium in other settings.

Alchemist - basicly use potions and constructs and needs a spell list (Dragon did a good basic one) with cost, sample ingredients and expiry date. Some things require HP sacrifices or instant use. Other things pre-made as potions and easier to make potions than most wizards. Spells are recipes learned and recorded in the secret language of alchemists (each continent has variations) and kept in their grimoire.

A shaman class would include lots of spirits for all levels and they would be a main class of monster
Still option of doing Paladin and Ranger as fighters with slightly different proficiency growth and the very slow spell advancement.

I allow non humans or bards to select one magic spell list as if a cleric, wizard, sorcerer, druid, mentalist - has made more diverse characters in play and hasn't caused any real problems. Spell lists could help divide up elves and nonhumans in to different types.

The biggest to do list would be to revise my proficiency system and maybe stick to using skills as would stop having to type non weapon proficiency too often. When I typed up lists most were untested so I will fix some and strip some excessive ones. Still considering weird semi magic skills requiring minimum level to use. I did want people to min max these skills to make more unique characters but not so much more powerful that every one wants the same unbalanced skill or everyone else sits back and yawns while super character destroys everything..

Divine and Druidic Spell Lists
Clerics specializing in certain gods might need some new spells or borrow some from other lists. I like idea of priests who follow many gods but favour one. I like priests of abstract philosophies, ancestors, beast cults, elementals or alignments. Priests on frontier might work better with general alignment and able to service worshipers of many gods rather than one god. Perhaps worshiping the million petty gods and a alignment bias over the gods you deal for. Id still like to develop special priest powers instead of Turn. Several weather priests in my game rolled dice to change weather when in battle or to rain on a cult committing fire sacrifices.

I mentioned the Druids of my campaign having varied alignments and sects helped provide lots of exciting enemies in the wilderness. Pro were-beast or undead druids keeping wilderness human free, by making monsters. Elemental druids could generally be neutral but good or evil ones might thrive too.

Considered cantrips for rituals like burial, wedding, initiate, and a spell to bless holy symbols and statues..

Mentalist Spells and Psionics and mutants oh my....
These spells and rough versions of class i worked out a few years back. Spells im happy with but classes a bit rough. Idea of creating complete new system or minigame for one type of powers I always thought lame. Even the complete psionics book which has likeable ideas but a unbalanced power system not really comparable to spells. 1st Ed ADnD psionics reads like another games. Within a few games with psionics the characters would break the game.

I did consider doing mutations as a spell list with a random choice option and this is a project ive been stuck on for about 4 years influenced by abilities like metamorphosis alpha or gammaworld squeezed into a progression of levels. I could do one class with lots of random ones, another chooses a smaller number of powers and another class that could temporarily manifest mutations. Most zero level mutations or cantrips would be petty cosmetic stuff like flippers, fur, horns with minor utility. Better stuff later like time control, sonic blast, telepathy etc.

I did do robots as a character class for planet Psychon and did half a robot spell list which worked pretty well. Examples include a low level spell to morph into a moped or a high level one to be a jet or spaceship or time machine. I could do some other tech classes using this list like a Scientist or a Cyborg. Psychon had subclass types for every class.

I will have a go at doing some pdf comps soon so some topics will end up being revised and compiled by theme.
Posted by Konsumterra at Wednesday, January 06, 2016