End of Babylonian game the Pix 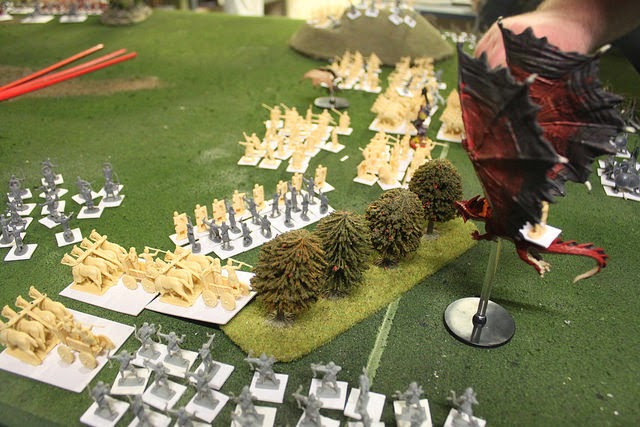 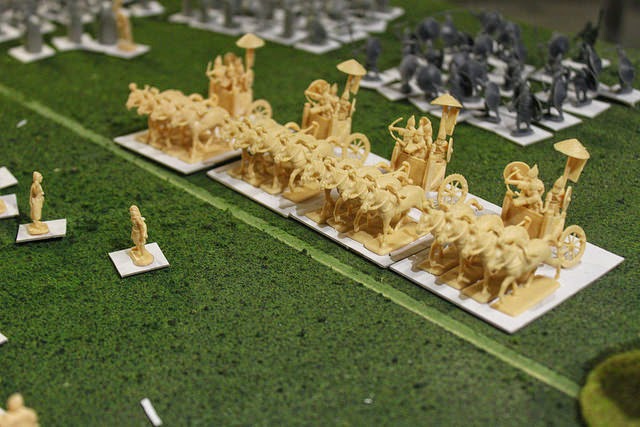 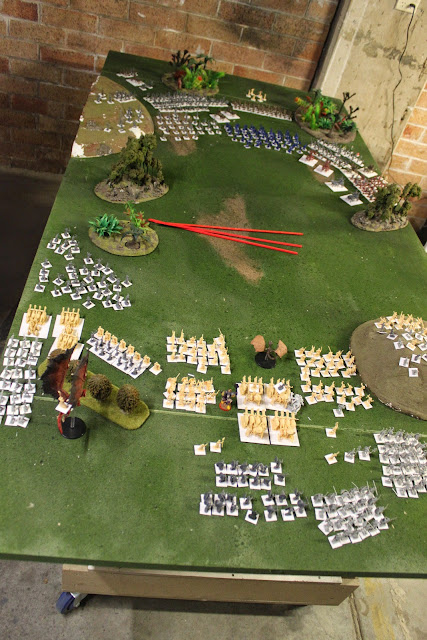 Both sides represent - every civilization on the Mediterranean is Cockblocking Babylon! 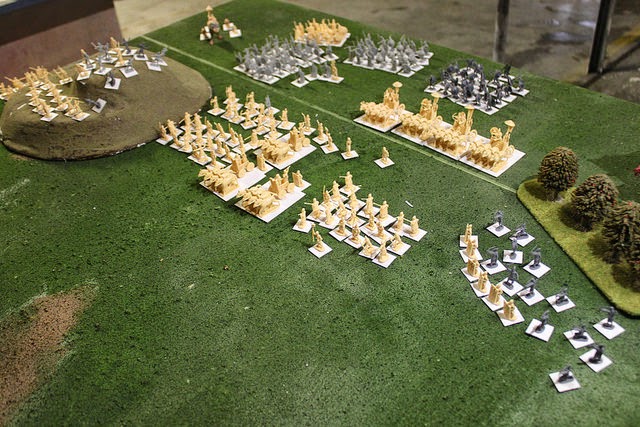 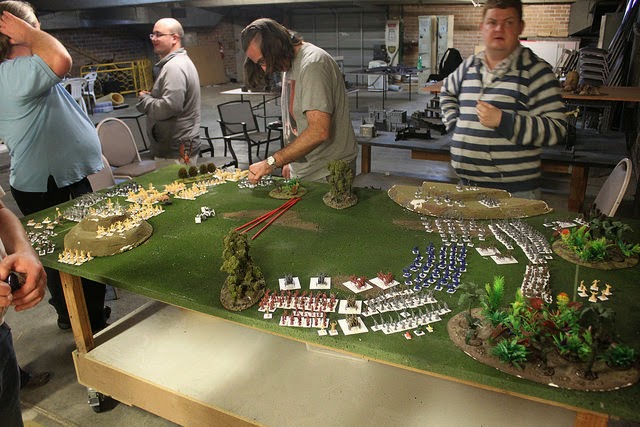 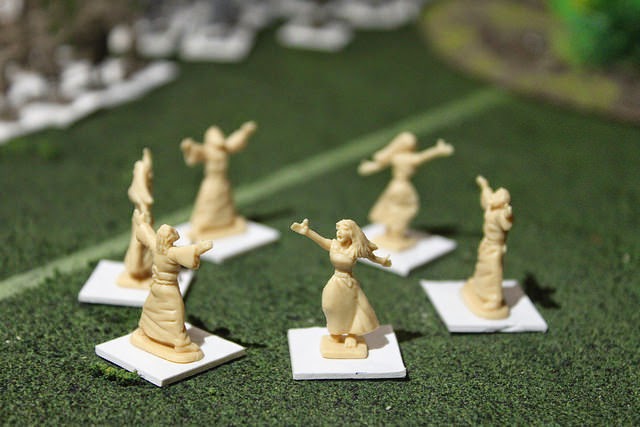 Evil cultists are working behind lines! These serve Cthulhu but Ariana has had seashore cultists killed.(actually druids from HAT brand celtic command plus ladies from HAT's Warrior Queen Chariot set - presumably they are Boadicea and her daughters). These will be cultists in all my games. 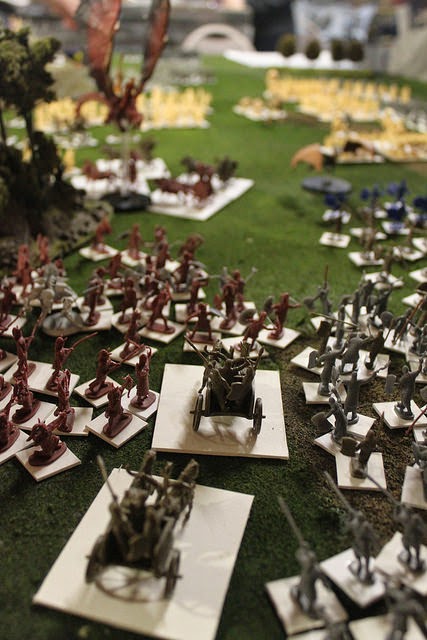 Dragon destroyed lots of chariots and broke the enemy elite 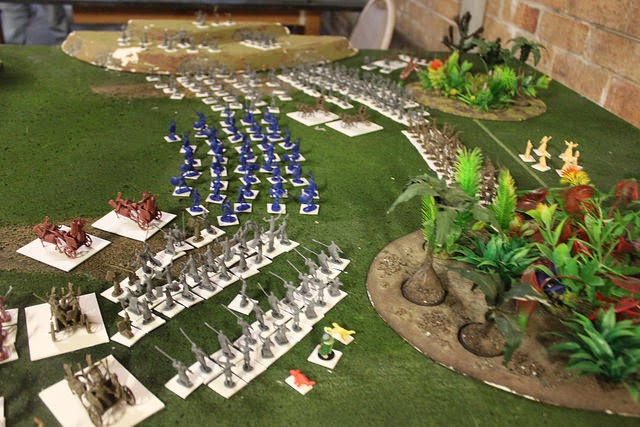 You can see enemy elites up to something 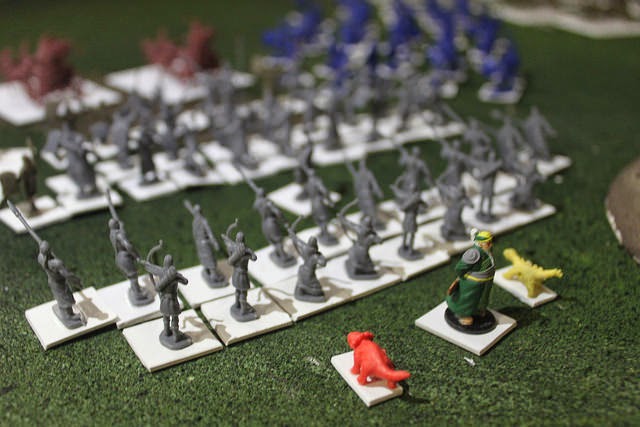 Here is Hittite Wizard and his demons. Dragon flame and arrows and Javelins from flying heroes stopped him but pets managed a message to a weaker form of He who must not be named! 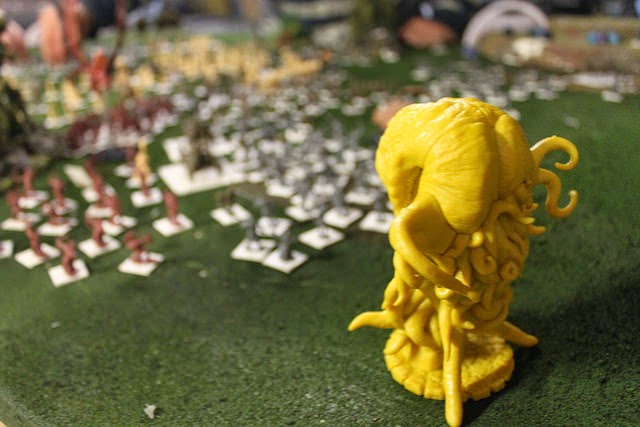 Oops Hastur is here and he is eating the faction that called him. I dare not let you see him with his face turned. 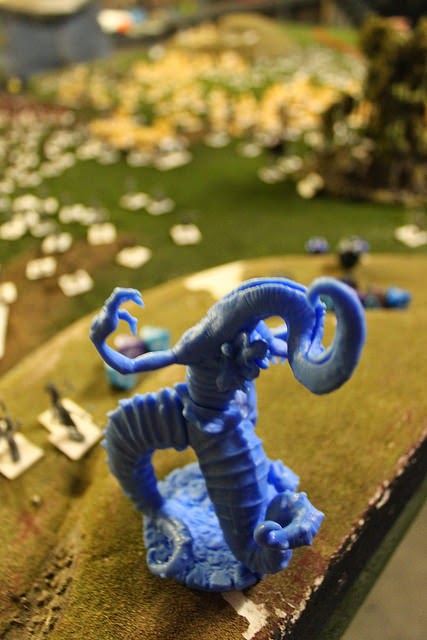 Nyarlathotep grew from someone among Egyptian standard bearers and observers 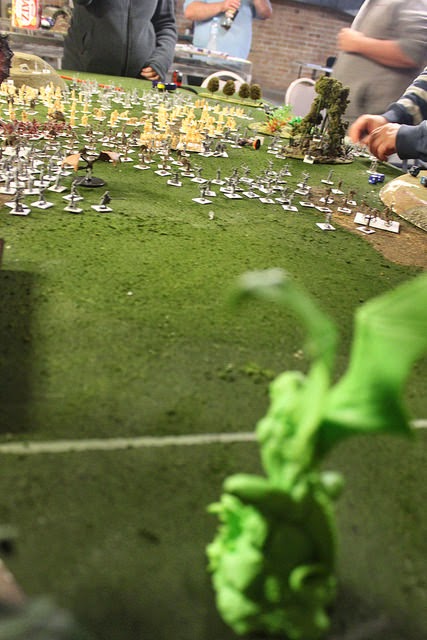 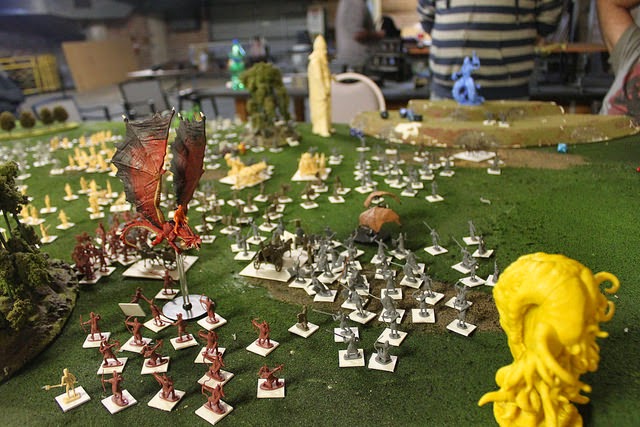 Ninurta in distance after Nyarlathotep and the dragon vs Hastur. 3xd100/d10 SAN checks 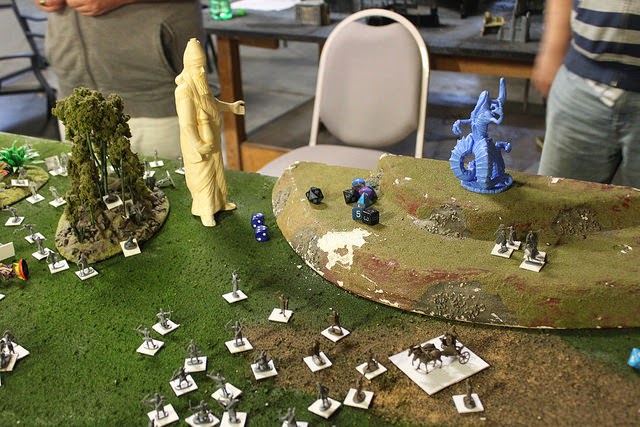 So yes I have Cthulhu Wars which I could have gotten 70 bux cheaper but Ive been dreaming of this for ages. At least many amies good in my Rome game. Statue supposed wise man from nativity set I nicked. More like Sennacherib or some other Bastard king.  Big fun and awesome apocalyptic end for party. So my 1/72 mania got to flex its muscles and i got some pix.