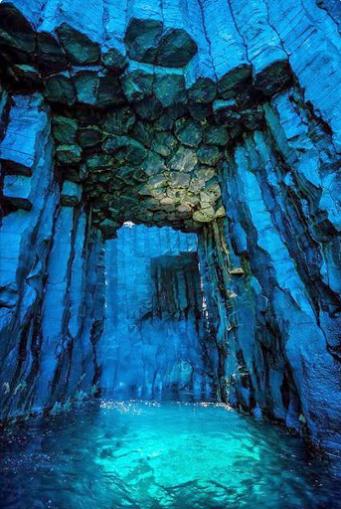 So the master of the tower above hobgoblin halls has stopped communicating. Since the crystal forge was taken little from the evil spell casters has been seen. Adventurers watching a shanty town grow. A group of Templars came to defend the portable shrine of the sun god. A trader set up a adventuring supply store and snack shop from his wagon. A wagon with four prostitutes arrived. The murder hobo colony grew to twenty. So party watching this happen and priest of shrine moaning this is just a step in re civilizing the area.

Skullcrusher the giant took a necklace that turned him into a bird but makes it impossible to stabilize wounds below zero. Nahme took the holy bell that could turn undead for her temple to go with the warning bell. It had feature that if risked life for another would attract gaze of the gods of good. Serren the octopus sorcerer nabbed lots of cash and some petty magic baubles and a dagger.

So a kobold flunky came running to camp
"help a wizard came and cast sleep on us - help!".

Into the upper explored tower they found all the kobold guards had been bespelled then fed into the furnace. It is very close to the apocolypse count down the great crystal skull furnace will summon. So Nahm the angel flew to city and hired a wizard a few thousand gp to cast cone of cold to qunch the furnace fire (requires a ritual to re-ignite) the cast rock to mud on roof to collapse on top then cast mud to rock. hould hold for a while but post kobolds with good hearing here the wizard suggested.

Up the stairs to break through the next wall of stone and into the necromancer hall. Undead came and Nahme rang the bell driving undead wights and zombies into a dead end wall. Debated if they could team work the dead and whittle down with missiles. But needed silver on wights and would take too long. So Serren thankfully fireballed them and they easily killed the last two standing by hand.

Into the necromancer hall that smelled of gore and chemichals and musty odl crypts. It was dark. Students were missing and found barracks and room full of mortician rites stuff and stacks of coffins. Nabbed a fortune in anatomical charts on walls.

Next was a library nook Serren got hot for. While he couldn't use spells he loved to read vile human books in his underwater grotto reading room. Began to figure all students turned to undead or fed to the soul furnace below. Apparently souls, magic items, spell books and spell levels memorised in a corpse were the fuel it needed to start doomsday. Past that was a great silver spirit summoning symbol on the floor they told the murder hobos was to be their pay. Something to do with summoning and communing with spirits. In middle of room was a fancy crypt on a plinth and beyond that was a shrine with the school book in chains and a skull on one altar and another. There was also a chest with a huge iron padlock with a skull on it. Near the crypt was an alchemical apparatus. Serren was a bit of a necromancy fan an a alchemist so he got near with Skull crusher.

The sarcophagi lid opened and bolt upright sat a black robed sunken faced necromancer with a pointy hat. Skull crusher joked at him so the Vampire used it's charming gaze which he was able to resist. His joy was sapped though. Others fired some arrows that boucned off him. Skullcrusher dropped his maul (actualy a 8 foot long small magic tree he uprooted as a youngling) and drew his shiny magic one.

The vampire fired a lightning bolt and Nahme silenced him with a spell. The down side was now she couldn't get near giant to amplify his armour with more magic as they usually did. He stabbed vampire and Serren threw a flaming shuriken spell both hurting the fiend. Skull crusher was touched and was mortally hurt by it's evil touch. Was starting to hope he could kill it in time before it would die. The vampire began to regenerate. Finaly vamp missed and Serren hurled fire Nahme and Nahme thre holy rocks killing it. For a moment. The bashed and stabbed it while Nahme smashed a splinter of wood from a coffin and steaked it. Skullcrusher cut its head off. It screamed and gushed torrents of scarlet then black blood before burning rappidly into a carbon shell. This crumbled and millions of bugs and worms and vermin crawled from the crumbling husk.

Among his ashes were a ring a dagger and a medallion. Serren realized the apparatus was to transfuse vampire blood with human. Vampirism had only happened in last few days. The Necromancers felt doomed days ago. No sign of the towers master? Among apparatus was a black demon heart that if fed with blood will pump.

So decided to give chained magic book that killed any who knew not the pass word to the Necromancer that Nahme brought over to help with sealing the crystal skull. Roderic the boy thief opened it. Others remarked what a foolish kid he was to pay a necromancer to age him too teen eager for his pocket money. Inside was a obsidian dagger and sword from the necromancer empire. Also was a wand used by necromancer police apprentices in the same empire. Finally was a relic Serren Knew of - a black glass and

So the a ring of protection +2, a dagger was +2 and a medallion that absorbed magic missiles.
The obsidian blades were +3, the wand shot a d6 missile 3" that always hit with infinite charges of life draining ray. Finally the iron tankard with skull motifs that could turn blood into a healing potion over an hour three times a day. Potions had t be drunk from flask before making a new one. It gave strange dreams but he was ok with that. Most of the items had bad mental influences but Serren kept dagger, tankard and medallion. Serren was feeling like a magic item hoarder but really would have had more but only took one evil mid altering item as more would be confusing. The wand did turn user towards evil. Many were in fact resting places of creators spirits. Some shufling of magic items went on around party followers from hand me downs. Most items were sold to the necromancer. Murder hoboes joined his service.

After worrying about all that the party went through the next magic stone wall with the priest dispelling it with his magic. Upstairs was a ransacked elemental wizard hall. Most was looted but four circles with coloured gems werelayed out with obvious elemental attachments with fire circle with red gems etc. Each had a altar too. Debated what to do and ignored the kitchen. Finally stepped in circle to grab the brownish gems  and a hungry xorn appeared and gobbled gems. Were atempts to argue with it but it aggressively demanded gems and threaten to enter other circles. Nahme taunted it, flew around it while it swum through the walls and ceiling after her. Then she banished it after it called some water maiden while snacking on water circles gems. Nahme banished that and wanted out. She did not want to risk going on with her best spell powers depleted.

Party stomped got Kobolds to nab books but they looked greedily at the gems in the last to circles. So Skullcrusher blocked the stairway with rocks.
Posted by Konsumterra at Tuesday, March 24, 2015