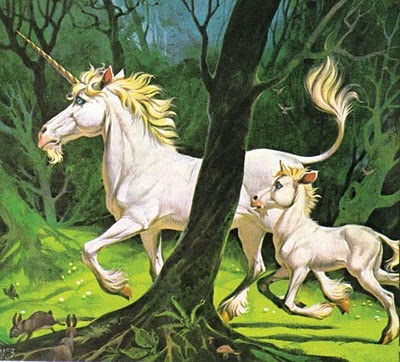 Still moving house and a bit crook. Watching a few seasons of shows i like and trying to rest. My best paying job didnt get enough students so i need to get more hours somewhere fast. My second job now more important. If i get a certificate wage will go up 50% so i might have too. When settled in new pad will go to Adelaide and help my widowed dad pack up house so he can move to city. Get pick of moms books. I nabbed all Tolkien already.

My little party...
So the party marched to the highlands and were met by fierce kings guard cavalry. Bare chested, spiked red haired tattooed lance men with striped trousers. Escorted to the king and were introduced to a viking with same summons. Taken to sacred druid mountain sanctuary with bardic choir and over fifty druids to meet king. They were told that soothsayers and druids fortold party would come and that the elf god-king wished to see them to bring new understanding to mankind. Party wary but entered the tunnel to the elf kingdom beyond mountain, first humans invited in a thousand years (Druids enter in beast form).

On other side in similar but richer temple they me the Elf king and Emy went gooey for him. Male party members releaved they resisted his androgynous charms. He commanded they enter a circle to receive a blessing and turned them into unicorns. "Now ride to the unicorn run and be restored to the circle there and learn a new unity tween man and beast and elf". Only Humblezorg's evil big kitty was unchanged.

Party got to describe unicorn forms (PC's got to be fancy ones) - Bard was blue with swirls, sorcerer was black, and Emy was blue and violet with feathers from her avian nature. They trotted out of the elf mountain temple and galloped towards the valley and the mangy lion the party spared earlier attacked them and Emy skewered it. Found a canyon with a river and most crossed it but BaBa the dwarf, unused to leaping any real distance fell and teleported back up.

Unicorn hunters came deep into Elfland (elf warriors not about today?). Party heard them and set up an ambush. They charged on a lord, his plate armoured guard, scouts and beaters and greyhounds. Leaders horribly gored and torn to shred by unicorn gang who were showered in gore. The men struggled back but all fell and only two dogs escaped. On unicorn took a dump on one dying man with  magical healing unicorn poop, so he might live and spread the tale of the unicorn gang. Kitty licked blood off unicorns and the viking-unicorn licked hr back. Lynden the bard managed to put a gold chain from the noble around his neck.

Party found huge dungeon entry and noted for later. Being on elf land it was untouched.

Evil squirrels pelted party with nuts but cat chased them off.

Met a friendly bear and made a high-five him, figuring he was a druid. Met later black druids planting zombies. Party swarmed from ambush but Druids better prepared. Surrounded selves with entangle and trip lines while leader made zombies awake. Some unicorns fell, but 3 teleported into druid inner circle and killed leaders. Unicorns slaughtered the evil druids bar he leader who escaped as a bird. Then went to the unicorn run and found the restorative circle. Party members tried to take dumps before returning to human form. Collected dung (death sentence to steal Barron's unicorn poop) and saw a panel open in a monolith. Heals 1d4 hits if eaten or rubbed on wounds.

Each hero got a passport to elfland and 10 magic arrows.

Went to get adventurer licence to open ruined tower seal. Heard about claims now can be filed on dungeans allowing you to kill other unlawful plunderers. Got location of a tower and on way found zombie cultists. Humblezorg fireballed them, vaporizing the mooks. Killed leaders with more spells and arrows.

Found towers and realised thar supposed sealed door has been used and seal broken. Finches from emy said metal men on ground and beard man on upper floor. Humlezorg and Emy flew up and Lynden spiderclimbed up. Emy lightingbolted the warlock before he could act, striking him twice. Humlezorg finished him off while Lynden and the cat finished the imp. A swarm of finches chased the guards out the tower and were picked off by party. Interested in keeping tower as a base.

May use a classic 80s module i found while packing next time. Will allow party to use unicorn experience to learn language or some NWP next level up.