Gamelog: Into the hidden mountain kingdoms 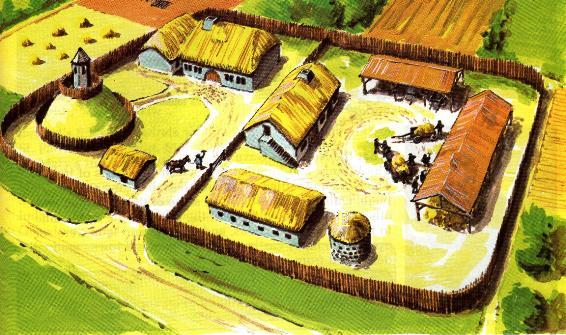 A highland bard came to party city manour and inited them to the kings hillfort to receive their just rewards. Hesitated as last time he gave them to elves who turned them into unicorns. As the druid and bard are his subjects with kin under his care they went.

Into the mountains via  a new route through elf land (have passports) and found rickety bridge. Bloodknock the druid (formerly Meh) turned into and orangutan and swung across. A chimera came at them and charged across the bridge. Druid orung swung behind and hit backside and its snake tail bit him (its a proper Etruscan one). Emy and her school chum Hel blasted it with lightning and the party beat it to near death. Bound it and dragged to Kingsfort as gift for barbarian king.

Fort was suspicious but warmed up and were impressed by monster and threw it in a pit with a cage lid for who knows what purpose. Taken to guest shack with guards (for your protection). King called in morning and still was a bit cool. Emy told him about the unicorn adventure and the dreamy elf king (a god). They were invited to a feast that night and were given a 2-h sword, shield, hand axe and a hickory wand. King told of ancient wizard kingdom and ruins in distant mountains and party keen to check out. Party went to get ready and hired 6 ponies and a handler.

Linden spoke to bard school and old druids and bards scolded him for being civilised. Young ones and kids loved him. Heard of the lost kingdom and treasure that had come from there. How the wizard came from empire and as exile and commanded demon princes. Eventually something went wrong, demons rebelled and the kingdom fell. Some of her captains who fled started distant mountain villages and tribes.

Bloodknock spoke to druids and learned of the mountain species and monsters which was a handy warning.

Emy visited two wizard towers who serve the king. One has a crude primitive sorcery from when man revolted from the prehuman wizards of elder Shadelport. The other from the empire - an exile in hiding. The first was decorated in barbarian finery and creepy White-Eye the old wizard was interested in girl wizard and her bird magic. They swapped a spell each and she got one that read last minutes of a corpses life. Keen to outdo her priestess cousin she snapped it up. He told her to beware the civilised wizard who came here for a relic in the dungeon.

The civilised wizard tried to esp her and was less creepy more menacing. Shalezzar was keen to offer party a map, an item and a potion each in exchange for first choice of parties loot. He wast too helpful but revealed the lady wizard of the dungeon had a daughter. Emy backed off hastily.

Linden tried to find some ladies but could find any attractive and willing so he settled for two plain ones. They scrubbed him up for the feast and braided his hair.

At the feast they were seated on a table of beserkers who abused them except Bloodknock who they respected. Emy was avoided by women who considered her a evil witch and barbarians tried to chat her up but she only cares for the dreamy elf king. Linden Sung a song to get everybody together then sung of kings glory. The king finally warmed up and made him ambassador to the Barron and Empire. He was to demand gifts from both as they had done for the elves of late. Everyone got a bit messy and by dawn the party was ready to leave without a vomiting session among them (a lucky sign).

The wizard Shalezzar tried to offer party better deal but they abused him. Bloodnock offered to feed him fish from his arse. Shalezzar was outraged, yet another enemy.

The party met hill tribe slavers and almost got into battle but Emy charmed their chief. Now the whole band was additional guards. The slaves were freed with promises of better loot ahead. Next day they bumped into a gnoll warband. A wind wall spell made archers ineffective and others enhanced Bloodknock's guard who drew the +2 beserker blade. With boosted strength and barkskin he was a menace. Shame about now a cursed beserker. A few hill tribes men fell and the gnolls were driven back when lightning bolts and a staff snake of Blolodknocks crushed and ate their cheif. Linden fascinated a few while rest ran. Beserker chased them alone then Bloodknock chased him.

In a cave the beserker was cut into three parts and chewed by gnolls before Bloodknock surrounded by a thorny hedge in bearform menaced them. A few gnolls climbed the hedge and were mauled before three escaped. Bloodknock gathered the body and sword in a sack and returned to the gang. Most were healed and one spearman of hill tribe could not be saved. Bloodknock reincarnated his beserker guard into a kobold.

The party were recovering spells that night one hour from recovering them when wyverns swooped down and snatched a spearman and flew away with him. Party managed to recover spells.

Caught in a landslide that killed all ponies and a few spearmen. Trapped in a valley but Emy with fly and floating disc ferried all over blockage. Saw giant eagles and Bloodknock called them. The eagles ferried party a great distance and found a family of bears. After spending days looking for bears to befriend Linden got soppy and didn't want to break family but Druid assured him dad wanted son out of valley.

Met a dwarf army which Linden and his dwarf Baba greeted. Travelled together and saw a stone giant run away before killing a hoard of hobgoblins. Dwarves mission complete they warned party that humans fraternising with orcs was making the dwarves resurface. Linden assured them the highland king anti-orc.

Found gnoll village mostly depopulated, razed to ground. Emy upset but bloodknock preached about how they would grow to be evil eco unfriendly demon worshipers who would kill innocents. Linden kept one baby in a sack.

Met wild elves and Linden befriended them. Shown on map two secret valleys - the gnome town and the wizard dungeon.

Finally party back on track and living off druid created food and water.
Posted by Konsumterra at Tuesday, July 23, 2013