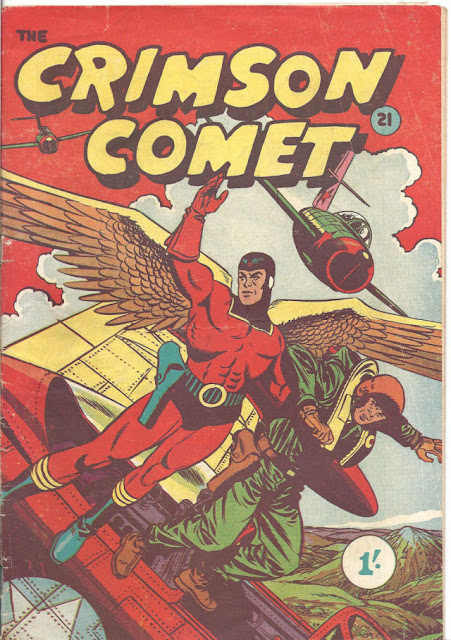 I had a few days of hell sinus pain which is a new addition to my ailments over the last years that crush my spirit and reduce my creativity and dreams but at least now I know how to beat it in a few days instead of what was hitting me a year ago. Salt water sinus flushes worked better than nasal spray and hayfever tabs I know to take sooner.

While obviously, I am the d100 god I do admire some table-oriented gamebooks occasionally to or ones with interesting generators. In this case, Aaron A Reed had done covered territory I have but these books are so good they will expand my own stuff in strange new ways. Im just skimming from PDFs here till prints arrived (my Spelljammer book didnt make it from last year so hunting that - first problem with Drivethrough)

Downcrawl
This I procedural cave crawl generators. If you like Veins Of The Earth or my own underland tables this will carry your player's strange new places. Some solo players might even enjoy but I guess generators are a kind of DM minigame soloplay for prep. My favourite table is for underground race generator so you can skip the whole dnd underdark stuff and have every race unique and never to be seen again bred in isolated caves in the deep.  This suggests and I do as well is let players do the rolling and DM improves the result if your that kinda DM who can use tables in play as in-game prep instead of pre-prep (if that makes sense). Lots of adventure generators, npc generators plus there are examples of pregen campaign regions, caves, npcs, and races for quick use or examples. Fungi name table good too. Get it or be left behind in gonzo underworld adventure.

Skycrawl
This suckered me in from a FB post Diego did and as I have a game where party have a flying giant castle and are starting to plane travel to my own cloudland inspired by magic faraway tree/Ygdrasil and the various wolds it intersects with. So a book of weird sky stuff is exactly what I wanted. This book touches on a sky-fantasy realm but goes far weirder than me and will inspire me lots. The Azure is a realm of infinite sky with little words, suns, mineral lumps with alchemical properties, strange aerial life, generators for campaigns, journeys, ship combat, weird weather/terrain, weird ship generators, strange realms to visit and the races who inhabit them. Some of this could squeeze in spelljammer or the elemental plane of air or even for ideas for normal sea travel (I think Aaron would do a sea book well). You probably need it so dont resist.

Dragon Magazine
I got a pile of my fave issues of dragon which most were in better condition than ones i got in shops. Only a few more I want and of course some of them are pricey. Ill do a write up on these. Partly this was nostalgia but those issues made me the gamer I am today (wraaaar!!!). I might try grab some dungeon mags too and I think dragon skipping the areas sections and middles killed dragon for me. I guess back then even ads seemed cool. Now I dont think ads are cool (well modern ones). Steven fabians dreamy art kept me collecting TSR a few more years.

Gazeteers
Im hoping all will be out one day as the prices for these are terrible. They really added to BECMI/BX DnD and many rules in these became part of Cyclopedia rules. Ill try to do by number but some POD are not numbered. Clyde as a teen was my fave artist of TSR (im a bit over giant glassy gems now im 50) and these covers are among his best and really set product tone. I did find with the early 90s the TSR History inspired stuff became so common I just started reading real history instead. These were good some using real culture art styles some more DnD fantasy Europe. The maps vary book to book how well they were scanned. Its sad some were rescanned and Wizards didnt have own copies so one book has a printed a scanned puncture wound I could fix on photoshop in under 30 seconds. Many fold out maps sadly are not printed in a comprehensible manner. I wish Drivethrough would do all the tsr maps as folded posters. Id nab all the Marvel ones if I could. Many introduced new rules expanding and modifying becmi/bx rules.

GAZ1 The Grand Duchy Of Karameikos - this has the start of skill systems with d20 stat rolls i kinda still use and prefer to current dnd. The setting is very classic dnd and leans into horror slightly. Only one map is split badly here the rest are solid. 3 pages of adventure ideas.

GAZ3 The Principalities of Glantri - Inspired by Venice, a canal filled kingdom where clerics are banned and all kinds of weird rulers of the realm. This was the best of the series by far. The magic specializations are amazing and If I played straight BX i would use these - alchemists, dracologists, Elemantalists, Illusions, Necromancers, Cryptomancer, Witches and the secrets of the radience. The city is one of the best in gaming period. Castle Amber fits in here too if you have the Goodman games reprint. Under the city is a ruined magical spaceship reactor making the radience and the shadow elves live under here (book of this below). 14 pages of adventure ideas, some player handouts too. Maps here a mess - all colour ones broken up badly. My fave of series and one of my fave TSR things.
GAZ6 Dwarves of Rockhome - no GAZ6 on cover on POD. Dwarf clerics for basic dnd here, clans with unique helmets, skills, dwarf artillery illustrated, hiring dwarfs, armour and weapons, science, geomorph cities, cool ventilation vents (honestly), several cities, new monsters, campaign lore, player handouts and more. Im not a mega dwarf fan but this has a few interesting bits and pieces. Maps all intact on spreads here too

GAZ7 The Northern Reaches - viking setting with horned and winged hats. Lots of wilderness here and several nations. 27 pages of adventure ideas. Handouts. A trait system, reputations, domains, more skills, affliction/accident tables, status, rune spells for clerics. Maps a bit of mess and i never liked to fold out card stuff in modules. I used 3-sided tsr card minis for years until in Sydney gamers mocked me for them and now Im all plastic baby. The Viking settlement map looks cool for minis but is broken and not usable as a battlemap. Smaller maps of towns are mostly on one page and ok.

GAZ13 The Shadow Elves - sick of drow then get this. A whole elf culture with own class and spell list, secrets of the radiance and more. Mine has different shinier paper than other volumes which i am weird about as some paper stock i find unpleasant to touch. They are a bit like goth-Aztecs hiding pterodactyls. 8 pages of adventure ideas, lots of magic stuff including alt elf spells and shaman. One city map a bit broken up but rest all fit on a page and makes me wonder was it laziness rest were not made to fit pages.

GAZ14 The Artruaghin Clans - basically Native Americans. This gets the most abuse online. The culture appropriation could upset some people as any game made by white people about and indigenous culture they have a history of plundering. I worry more about tribal peoples culture more than other people for reasons Ill talk about another time but for now it is an issue given if done with intention. Gaming is still doing this while crying about products from 80s when it is alive and well now (which is a bigger problem than 30 year old products from olden days) when ignorance was a bit more predictable. Larry elmore art has a few dream catchers and indian inspired things which I understand for Americans making a fantasy including them and I dont think it was intended as disrespectful. Nowdays Id say let indigenous people tell there own stories and if they dont want to you should probably listen more why. I like the art and attempt to cover a wide range of people from the Americas. Totemic magic, a shaman class. To be honest Runequest does the better shaman but it interesting. The world elevator to the hollow world is fun and connects to the Americas analogs there. It seems odd to have a tiger clan (puma or jaguar id get). Maps here all on 2 pages which is nice. The layout seems a bit padded compared to earlier dense works and the TSR stuff under the gold badge logo seemed plagued by big borders and extra spacing and designer padding. Despite all these flaws it is interesting and lots of interior illustrations. I doubt Id use much of this book though but the elevator is cool. As I work with indigenous people Im obligated (and happy) to treat them differently to most people. I dont expect people to get this or do as I do.

Dawn of the Emperors - was a box set which I have handled. This in a book is a fatty twice as big as others. Maps all intact. Seems more fantasy bronze age with greek and Assyrian fused with euro dnd. This is ook which scanned damage. Some of the interior illos have lost some mid-tones but still good. I like the Empire themes and remnants of past lost empires. Some islands are more Polynesian and probably near the Isle of Dread or reusable. 16 pages of adventure ideas. Flying creatures and ship rules, triremes several class varients (forester, and rake) and magic-user mods. The people seem more Mediterranean than other realms. Characters start with prejudice and we are told female adventurers frowned on in places. It has extra options for fighters too like sheilds. So AC is dex mod plus shields (4 types) and armour reduces damage, criticals, bows and crossbows half armour, hit locations, combat maneuvers, gladiator combat and other weirdness. New magic spells and magic item making, and flying ships. There is a lot in here and it will take a bit of reading. The flavour here shines through and the many rule mods would really change your dnd game. I had no idea this book had stuff like this. I might try some like the AC system.

I hope will be more of these.Drivethrough POD have all been reliable and If they help destroy crazy prices that would be good. will do some more of these while my brain recovers.

Footnote: When known world was called mystara and the princess arc stuff in Dragon was out I lost interest in setting. Glad to see lots of young ppl hate flying ships. Not that I would never do it but it but it wouldnt be like this. I respect all the work fans have done on it and do follow it but I find over development of RPG settings is a problem not an asset.

Posted by Konsumterra at Friday, February 12, 2021