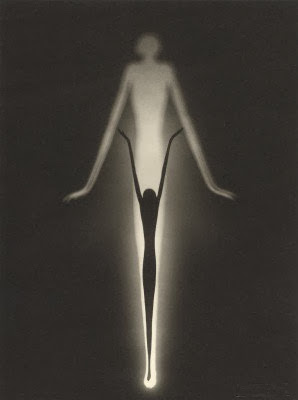 These are some horrible dream tables like previous ones I have done. i guess you could be extra mean and combine say three of them. If some kind of of magic waking nightmare world you might actually get to make some rolls before the player knows its just a dream. These dreams are meant to be at least 80s horror film bad so don't read while eating a grilled cheese sandwich.

88 The gates of hell open and devils march forth to conquer and destroy creation, before them they unleash disasters and legions of evil damned dead, everybody dies as world burns
89 Imps swarm around you wrapping around you and giggling gleefully
90 A duke of hell has you in chains and shows you his cruel torments but offers you freedom and power as hell's agent if you sell your soul
91 You lie in bed paralysed by night, strange lights and noises beset you and you can do nothing, then strange grey smallish naked figures begin to assemble around your bed. They probe your mind and feel inside your body using their alien science
92 An alien entity is in your mind feeling around your worst memories then its sinister psychic shadow strikes you with fear paralysing you. Then the thing draws you into itself in overspace to devour your souls over millennia
93 You fall into a pit of slime full of eyeballs, it swallows you up dissolving your flesh and soul
94 A tentacled horror of the deep grasps you pulling you into the darkness to devour you or worse
95 A figure stalks you in the dark foggy streets, a stumbling bloated white thing that always knows where you are like you are cursed
96 You are lost in a great underworld cave lit by unatural light, a squat sleepy elder god awakens and looks at you with lust
97 Black fluid flows through the floor and into your body, you scream as it invades your body and consumes your mind and soul
98 Revolting fungal beings snatch you at night flying you into the night to their far away lab on the moon, there they extract your brain placing it in a barrel like contraption and you are aware of your horrible condition like a pickle
99 You are swallowed up by some being from the void and your soul is devoured over thousands of years of torment
100 The black sun rises again and monsters are awakened around the world to feed and sacrifice the human vermin scuttling under their shambling titan feet
Posted by Konsumterra at Sunday, January 26, 2020