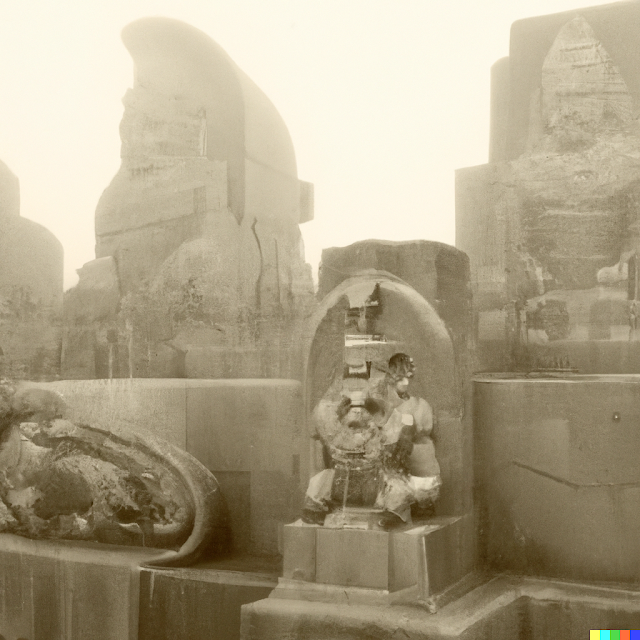 Neutral Evil in D&D has always been a bit odd. Is it they don't care about law or chaos and shun both as irrelevant? Are chaos and law branded evil enemies, rivals or stooges?  Or are rival evils forces to manipulate in evil schemes? Is NE an older more basic evil?

Chaos can be overly impulsive and irregular while law can be overly rigid. Do NE try and be balanced with law and chaos or just nor care. Maybe screwing up plans of hell and the abyss has made the universe a worse mess and kept the struggle going.

In dnd classic cosmology Hades type underworld is neutral evil but I'm not sure if a gloomy underworld is so evil or a place of punishment like Christian hell is. In my cosmos its where most people end up with extreme alignment fanatics and certain people get dragged to hell or some demon's domain like cattle. Maybe some gods help people to get to certain places but most go to the underworld as gloomy shades and live lives of squalor without descendants giving them offerings or dedicating their mealtime prayers to the ancestors. Spirits really want the smell and essence of the food not the material part. Its ok to eat these offerings or give to the poor or the gods chosen beasts.

The classic Daemons in D&D are kinda ugly jerks, with less famous daemon nobility if any? Daemons, Devils and Demons were all once daimon minor divinities and spirits who took sides in various cosmic wars that shattered the remnant shells of previous worlds which various alignment factions occupied and changed. The abyssal plain is a great maelstrom with small worlds belonging to a demon noble. These worlds orbit outside the world in a great cloud. Various worlds clustered to make the great hells which are adjacent to the underworld and overlap. Much of the underworld is neutral, indifferent or part of a living universe that brings fructifying powers and wisdom to the surface. Many death gods just help the dead or protect tombs they don't especially want more power or to kill people. The underworld overlaps with some other worlds which are not great like the darkness of the outer void that does hunger for life and destruction. There are also planes of shadows and nightmares.

The current structure of the universe makes it hard for beings from the void to scale down into the mortal realm. Some once in our continuum become subject to its laws, adopt alignments and start fighting each other. Maybe it's deliberate.

So my NE plane will be the Netherworld a torturous ruined parody of the world with howling winds and vast dark storm clouds. It overlaps most with the underworld and blends into it growing worse as approached. Most souls brought here don't just come to be recycled as larval evil spirits they come to be annihilated and cast into the void to feed the hunger of the void. The netherworld also overlaps with the negaverse, the shadow worlds and the nightmare kingdoms and acts as a conduit for desperate travellers.

Daemons stockpile larvae, deformed maggot souls of the damned which can be grown into demons, devils and daemons and are an important currency for evil. Daemons keep them mostly to torment devils and demons. Nighthags act as the traders riding nightmares. Daemons farm larvae in great pits and torment them until required. Daemons could make an army rapidly if they needed one and threaten other forces but instead, they lay low and let the old enemies focus on each other and trade with both for profit.

Hell is obviously a prison for the damned and performing a role in the universe while demons tend to be destructive and greedy and their realms reflect their masters will. Daemons in the netherworld besides caring for larvae operate vast prisons for beings from beyond or bad titans who rebelled against the gods. Daemons keep everyone away as many daemons draw power from these thrall powers. Various Daemons serve evil death gods, old evil gods of the outer void and other banished or imprisoned evil gods.

NE oaths for villains in league with Daemons
Roll d12 on common oaths and if you get the same one you already had you can pick an oath from this list or roll on Rare oaths. If you have the first 12 oaths you may use the rare oaths table from then on.

Then there are the standard oaths in sets of four levels at a time that are what most diabolical cultists and bad managers adopt. You can swap any of the same sets out really or roll a d4 as they will be of similar power creep. It makes better mooks that have magic weapons that are possibly alignment locked and unusable to decent folk.

d12 Rare Oaths
1 Poison wells and waterways
2 Murder your sleeping enemies
3 Make trophies from enemy dead
4 Humiliate the powerless in public
5 Rule over those who fall in your power
6 Earn infamy through great feats of cruelty
7 Plunder resources for you and your kind
8 Incite prejudice for personal power and gain
9 Wealth & power are mere tools to increase entropy
10 Destroy books and written works
11 Lay waste to the land and untouched nature
12 Release the powers of the outer darkness into the mortal world
d12 Boons of the Netherworld
1 Gain a potion once per month d4 1=growth 2=shrink 3=fog cloud 4=healing 2d4
2 +1 weapon made from nether metal usually a cruel blade or spear or mace
3 +1 Language spoken S or Written W d4 1=Netherspeech(NE) 2=Orc 3=Undercommon 4=Shadow speech 4=Theif speech
4 Arcane zero Lv Cantrip Spell  d4 1=detect evil  2=snuff  3=evil eye  4=detect magic
-
5 Assassin follower Lv d3+1 will pretend to be a servant but is really a cult fanatic killer
6 +2 Weapon and if was a previous gift now also has the property of  +1 vs Law or Chaos or Good
7 Skill d4 1=Alchemy 2=Conceal  3=   4=
8 Arcane 1st Lv Spell d4 1=Darkness  2=Illusion   3=Protection from Good   4=Invisible Servant
-
9 Can summon a guardian daemon to guard your treasure
10 +3 Weapon and if was a previous gift now also has property only usable by evil beings or they are item can attempt to charm them each round. The daemon spirit communicates its desires by telepathy with the user
11 Once a week can summon a nightmare for one hour that can carry passengers to other planes but this is quite risky. Requires a turn ritual and one cup of any sentient beings blood
12 Arcane 2nd Lv Spell d4 1=Acid Arrow 2=Invisibility 3=Knock 4=Stinking cloud
-
13 Can once per week summon a daemon ferryman and boat by night from the river of the dead and ride to the netherworld, hell, the abyss or underworld
14 +4 Weapon and if was a previous gift now also telepathic to wielder has diabolic lore skill, +d3 venom damage, the spirit of the blade can poison unwanted users
15 Immune to level and attribute draining effects of undead negative energy (not from disease or poison)
16 Arcane 3rd Lv Spell d4 1=Dispell Magic  2=Explosive Runes  3=Slow  4=Vamparism
-
17 Can call on their daemon patron to whisk them to their netherworld palace once per day or back
18 +5 Weapon and if was a previous gift now also on natural 20 hit or critical hit the weapon drains one level up to a total of the users level per day. Targets drained to zero HP die and become feral zombies
19 Conjure a greater daemon into the world and negotiate with it for a service once per week with a ritual requiring at least a large animal or human sacrifice and an hour long ritual
20  Arcane 4th Lv Spell d4 1=Fear Ray  2=Phantom Killer  3=Dark Tentacles  4=Improved invisibility

d12 Bonus Petty Boons for Petty Cultists
1 Silver Iron blade that harms basic devils and demons and once per day on command becomes 2d4 poison (save halves, has rapid onset)
2 Zombie or skeleton of your very own to command
3 Crime syndicate offers the chance to be involved in a heist for gold
4 Potions 2d4 that blights a common garden area soil for a d4 years
5 Pet snake that steals milk from your neighbours cows and eats hen eggs
6 Evil spoon can poison a drink or meal once per week 2d4 damage and d4 hours nausea -1 all rolls save halves damage and duration. If victim moves more than half speed they must save or stop and vomit
7 Call a poltergeist to haunt a place as long as people have died in the room in the past, a priest may remove such a spirit
8 Acid potion once per month 2d4 save or burns for 1HP for d4 rounds, damage locks or bar or chain
9 Wineskin fills with blood from the netherworld once per day, handy for rituals or cooking or craft. Also good for alchemy, evil spell components or to feed evil petty daemons or familiars
10 Nail of the dead - hammer this iron spike into a recently dead person and if they fail a save they become a spectral spirit, most are harmless but frightening to see, some can manifest weapons but can also be destroyed for a while. Might be used on enemies to torment them
11 Thorn Whip, d6 magic damage whip also good for fearsome cracks
12 Small concealable and harmless-looking knife d3 that can grow into a large fighting dagger d4 and back in a day
*Petty Missions from Daemons
Daemons are interested in entropy, death, decay and total cessation of everything but the void.

d12 Petty Missions from Demons
1 Feed wild beasts and monsters meat when you can
2 Burn a specific book or collection of documents
3 Frame a demon or devil cult for a horrible crime
4 Look after larvae for a daemon for d4 days
5 Kidnap a person and deliver them to a nighthag
6 Defile a holy place and break its sanctity
7 Damage or break a fence or wall
8 Kidnap a victim and torture them for d4 days then release
9 Make the servants of demons and a devils fight
10 Ritually kill a victim and mutilate the corpse in a public place
11 Burn down or defile a holy place of good
12 Find and open a long sealed tomb or grave
Posted by Konsumterra at Friday, November 25, 2022