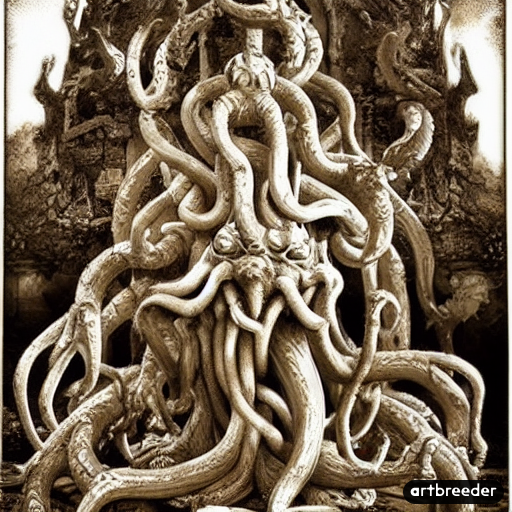 Thought I should do this as a handy bunch of oaths and buffs I can slap on cultists in my current campaign & homebrew. Also I have tempted many players and most of the parties into serving hell. Who'd have thought the murder hobo lifestyle would have consequences for your soul.

Basically, in my game per level you can make an oath to get a boon per level. You also get a score added next to each part of your alignment as you grow more fanatic. Or stay non aligned and don't bother with strange philosophy and do what you want whenever you want.

Alignment Languages
Alignment language is derived from the outer and lower planes. They are used by entities summoned from allied planes and by cultists as secret speeches for church hierarchy and secret allies. Most zero level worshipers of a religion do not speak alignment languages only educated ones or perhaps former assistants or students of magic who got to at least 1st Lv. Worshipers may chant these words without understanding them.

Hell Oaths & Gifts
LE oaths for villains in league with Hell
Roll d12 on common oaths and if you get the same one you already had you can pick an oath from this list or roll on Rare oaths. If you have the first 12 oaths you may use the rare oaths table from then on.

Then there are the standard oaths in sets of four levels at a time that are what most diabolical cultists and bad managers adpot. You can swap any of the same set out really or roll a d4 as they will be of similar power creep. It makes better mooks have magic weapons that are possibly alignment locked and unusable to decent folk.

I have added bonus boons to tempt people into service. Some oaths don't seem too bad but are tricks to corrupt you and your family and any group you belong to.

d12 Common Oaths
1 Twist the spirit of all agreements to your own advantage
2 Cast evil eye and spells in secret against those who spite you
3 Never give charity always put the needy in your debt
4 Harm those who dishonour or humiliate you
5 Persecute those accused of breaking the law
6 Punish those who fail your commands or harm you
7 Keep dark secrets of those in power from the masses
8 Don't murder others when you can sell them as slaves
9 Aid local diabolic cults in need without exposing yourself
10 If you can't find your enemy, punish a scapegoat publicly
11 Climb hierarchies for personal power and profit
12 Feed imps your blood once a month via your new extra nipple

d12 Boons of Hell
1 Evil pet d6 1=vicious dog.2=huge cat 3=ratling 4=toad 5=goblin 6=bat, each only needs a bit of blood daily for sustenance and can act as the eyes of hell
2 +1 weapon made from hellish metal usually a blade or mace
3 +1 Language spoken S or Written W d4 1=Diabilic (LE) 2=Ancient 3= 4=Orcish 4=Elemental Fire
4 Arcane zero Lv Cantrip Spell  d4 1=Brimstone 2=Cauterise 3=Evil Eye 4=Stun
-
5 Every month devils bring you d4 yummy addictive potions from hell d4 1=Resist Fear 2=Healing 2d4 3=Love Potion 4=Protection from Evil
6 +2 Weapon and if was a previous gift now also has the property of quickdraw
7 Lore d4 1=Diabolic Lore 2=Cosmic Lore 3=Arcane Lore 4=Alchemy
8 Arcane 1st Lv Spell d4 1=Burning hands 2=Charm person 3=Mask 4=Sleep
-
9 Gain a d3+1 pet loyal imps or hellhounds
10 +3 Weapon and if was a previous gift now also has property only usable by LE user, other alignments take a d3 damage per round or blow, has an evil spirit within it that communicate by empathy and tempts users to wickedness
11 Recieve 1000gp a month from hell delivered by imps to aid your infernal efforts, hell considers this an investment in your civilising tyranny
12 Arcane 2nd Lv Spell d4 1=elemental ray 2=invisibiliy 3=knock 4=Levitate
-
13 Gain a pet hellcat
14 +4 Weapon and if was a previous gift now also telepathic to wielder has diabolic lore skill, +d4 fire at will and creates light as a torch, the spirit of the blade can burn unwanted users
15 Immortality and immune to natural diseases and ageing, can still be killed
16 Arcane 3rd Lv Spell d4 1=fireball 2=fly 3=haste 4=suggestion
-
17 Gain a nightmare you can ride to hell and back or through the planes
18 +5 Weapon and if was a previous gift now also can speak and cast know alignment 3 times per day and gains extra +1 vs good or chaotic and +2 vs chaotic good, the weapon may cast suggestion once per day on any non-aligned wielder and will wait for the worse opportunity
19 Release a barbed devil into the world per day and negotiate with it for service
20 Arcane 4th Lv Spell d4 1=Charm Monster 2=Create Abhuman 3=Fire Sheild 4=Polymorph Self

d12 Bonus Petty Boons for Petty Cultists
1 Daily double shot of warm spiced rum from hell brought by imps every day and a whole bottle once a month. Squeezed from livers of screaming damned drunks in hell they say but delicious
2 Rent is paid by hell up to a middle-class townhouse (if ask for a palace or mansion it is a haunted ruin)
3 Can borrow books from hell's eternal library of the occult, once a month an imp librarian swaps your book - if you lose it you better replace with another lost book at least or a pit feind librarian comes for it and your soul
4 A horse fit for your station - mean and wild to others but obeys your commands
5 Fancy clothes brought to you from hell once per month such as pretty dresses, fancy wigs, stockings, embroidered coats, ribbons a fancy hat. Items are relatively fancy to the clothes a person of a class is permitted to wear. Outfits value according to class and halved after a month of solid use: Commoner 3d4sp Guild member 3d4gp Nobility d100+50gp
6 A satchel or carpetbag or pack that holds 20 enc but weighs only 4 enc
7 Cow or goat that brings milk for growing evil children but occasionally gores or tramples someone if you don't watch it. 1%chance per week cumulative of developing a petty diabolic mutation that resets to 1% once you get a mutation
8 Servant in debt to hell is found for you d4 1=posh youth from town too good for you 2=moaning old person 3=strangley attractive orc labourer 4=a hideous bitter dwarf or gnome
9 True Love - hell finds a cultist to be your mate. Its a bit scary and abusive but seems worth it
10 You can borrow money from hell at 100% interest per year, if you cant pay you will have to work it off for hell. Interest-free if you can pay in 3 months without imps sabotaging you
11 You garden and lawn grow well thanks to diabolic fertilizer delivered by imps on a full moon
12 You are joined to a cell of cultists in a ritual and you all support each other serving hell in the community

Petty Missions from Hell
Hell will forgive you and give you extra chances to serve it. Sometimes you need to do some small favour for hell which is brought to you by a messenger imp

d12 Petty Missions from Hell
1 Deliver message to a person or a drop-off address (no peeking!)
2 Deliver package to a person or a drop-off address (no peeking!)
3 Threaten a target on behalf of hell if they don't comply
4 Attack a target to d4 1=cause injury 2=hit and run wound 3=almost kill them 4=murder them
5 Curse or cast a spell in secret vs a target
6 Meet with someone of interest to hell
7 Break a cultist or witch out of prison
8 Write something on a wall
9 Convince someone to read this pamphlet on how to serve hell
10 Collect an item from a store for a cultist
11 Block a road or path at a specific time
12 Start a small fire at a specific location and time
Posted by Konsumterra at Friday, September 23, 2022