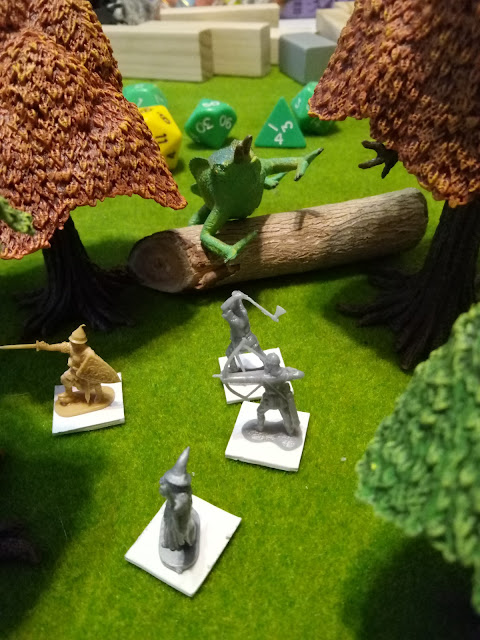 Had another play at B5 and a npc was eaten by a chameleon and a wizard scared I away with an illusion of a giant snake. Did find his legs and a hand. Turns out guy was miserable anyway and had funny dreams. Turns out he was mutating into a shoggoth so probably for the best.

So here is my chaotic evil demon fan oaths and boons. Some more powerful extra boons below but many will just make you a monster. Mayby I need to do a neutral evil Daemon or a more outer voids cult one as well. I think in my cosmology I will have daimons as a common spirit and numbers of those became devils, demons, daeomons and well as various good entities. Sort of proletariate petty godlings working for the cosmos and during early calamoties more extreme alighnments have developed. In my world alignment is mostly for fanatics and the alignment requirements of gods are arbitrary, unfair and imposed. Thats why most people struggle with it or reject it as a outmoded old religion.
Abyss Oaths & Gifts
CE oaths for villains in league with Demons
Roll d12 on common oaths and if you get the same one you already had you can pick an oath from this list or roll on Rare oaths. If you have the first 12 oaths you may use the rare oaths table from then on.

Then there are the standard oaths in sets of four levels at a time that are what most diabolical cultists and bad managers adpot. You can swap any of the same set out really or roll a d4 as they will be of similar power creep. It makes better mooks have magic weapons that are possibly alignment locked and unusable to decent folk.

d12 Bonus Petty Boons for Petty Cultists
1 Soul dagger counts as magic and for each person killed it is +1 for an hour or can heal 1HP once per day (possible to upgrade plus at higher levels)
2 An invisible demon makes an accident cause harm your enemy once a month
3 Daily receive a bucket of mysterious meat 2d4 kilos, appears in a puff of brimstone
4 Recieve a d4 unholy waters per day that can heal undead 2d4 damage
5 A monthly visit from a demon lover
6 Mystery package weekly d4 1=stolen goods worth 3d6gp 2=stolen goods from criminals 3d6gp 3=d4 berserker potions 4=one use wolf pelt turns you into a wolf till dawn (no effect on clothes or equipment)
7 Monthly a demon allows you to spy on someone for an hour. Might give you a dream or give a vision in a reflection or take you there as a phantom
8 Feel no pain and immune to effects using pain -1 HP damage from non-magic weapons, many with this condition develop sadism as they resent others feeling sensations
9 Lycanthropy, a stranger brings you a magic pelt or ointment you use to become a powerful monster
10 Berserker, a stranger brings you a potion giving you the powers of psychotic rage
11 You gain a single manes demon to serve your will, you must hide and feed it
12 You are joined to a cell of demon cultists in a ritual and you all support each other serving your dark overlord in secret

*Petty Missions from Demons
Demons are not into giving you chores to corrupt you like devils are, they are more into straight-up fearless immediate action.

d12 Petty Missions from Demons
1 Steal corpses for necromancers or ghouls or other monsters to eat
2 Kill and partially eat a target assigned by demon
3 Torture a target assigned by demon to near death
4 Put on a party for demon cultists and minions
5 Leave mutilated animals at a location
6 Take a victim assigned by demon as a slave or prisoner
7 Start a brawl in a public place and ensure a certain person is injured
8 Curse or cast a spell vs a local leader or civic official
9 Poison a well or someones drink
10 Ritually murder a specially chosen victim with a d4 qualities
11 Murder a random stranger and hide the corpse
12 Burn down a building with occupants inside
Posted by Konsumterra at Saturday, September 24, 2022