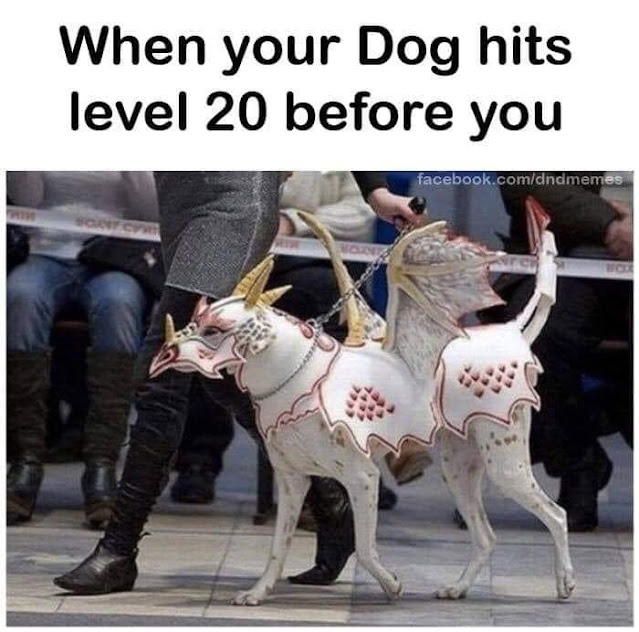 Wow so i have a Kosmosaurs game on alt sunday that might turn into marvel or post apoc with several dads and sons which is interesting and probably good for me to be family-friendly. Possibly my game writing was a catharsis for when I was a child herder and being nice all day. Several of my players in customer service were the same. Possibly explains my sandbox mayhem and grimy settings.

My regular sun game-changing to sat evening and in transition and public holiday I might get a bonus few games in. Currently trying to run my Babylon game but we have had side treks into Horror on the Hill with new characters. We had some post-apoc and others going during last year's unable-to-all-be-in-same-room patch. Its good for my writing to game more.

Did most of BL1-2 The Ruined Hamlet/Terror in the Gloaming which has been for me and a friend playtesting my druid spells out. A few things have emerged from my druid system like the lots of spells that make 24 hour lasting healing beries, fire seeds, a pebble to boulder spell. Had a case where druid just dumped yesterdays and today's fireseeds on a monster and it was messy. I have come to quite like this adventure and am getting another print sequel on LuLu.

Hrothgar a nasty murder hobo colonialist exploiter god all about plundering the frontier and being awful and being approved of by civilization. His nightmare shieldmaidens harpies to carry their souls to the underworld where that wage an eternal frontier war between the underworld and hell where they may kill anybody they want forever and get drunk on bloodwine. Worshippers call on him for bloodlust berserker powers or rage.

Yrilda a goddess of exploration, diplomacy, pets, trickery and luck. They also operate casinos, taverns, and gymnasiums. They bring peace to troubled places and solve mysteries. On death, adventurers are taken to a celestial tavern near the shattered lower levels of heaven meets the wilds of Arcadia and faerie land. There they recall old tales and drink ambrosia. Sometimes they may be sent to aid some foolish amateur adventurers.

There would have to be dungeon gods too and a host of dungeon spirits.

But the main point here is malicious dungeon spirits and entities may haunt adventurers with their awful pranks watching invisibly in the spirit world. They may aid local monsters who leave them bowls of blood and copper pieces in cracks in walls for them.

Clever adventurers might learn to make spirits offerings or develop magic protocols.
Roll a few in advance and apply in the worst situation for a dungeon. Most dungeon spirits will only bother a few times a day and many weak ones have limited uses of their power or to affect the mortal realm

Saves should help in many of these situations

Posted by Konsumterra at Wednesday, September 21, 2022