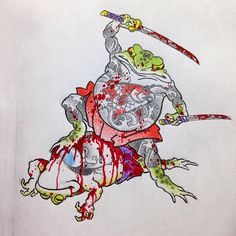 So for 8 years ive been stuck using bx clones BRP and TSR Marvel which is pretty much what i did in 80s and 90s. Ivr tried dnd5 and been critical of it, But I did like it more than dnd 2 3 4. So recently as I had players book and Theros and Saltmarsh and Mad mage (partly for old style maps) I got dms, MM, xathars, volos and morks splatbooks and hope to get Tasha's. Adventures dont seem to do it for me. So other than the gasp my homebrew evolved a similar idea in a few places I thought Id go through a look at these books and reference BX and 1st ed. In part watching lots of vids has got me interested and getting some stuff I did get from my reading and limited play. Adventures interest me less unless it has useful stuff like saltmarsh. Lots of petty cosmic law changes Im now interested in. Previously id just flipped through students copies and looked at in book but had players 3 years. Poverty probably stopped me investing in this and cthulhu 7th ed I reluctantly got also but liked.

Of course, if I'm on the bandwagon now then a new ed will come out....?

Players Book
Pretty solid and i appreciate the intent.
I like backgrounds in part - i like simple and i like rags to riches campaigns. People in lots of games seem very keen on this. One problem is players don't like to die in the first room in 10minutes of play when they took an hour to write their backstory. I obviously like d100 tables for this stuff to minimise repeats but I like the effort or just as creative prompts rather than a must use as is. Equipment is solid. I prefer the old fashioned rest stye and to imply danger and risk more. Like lots of modern games, I don't really feel at risk ever especially if encounters balanced and fair. Most players from 5th freak in my homebrew when cantrips not free and infinite. I like my magic having limited ammo. Mostly magic I like but lots of favourite spells are nerfed. Charm person one hour! Fireball dice caps! It seems to promote furry gaming. I find some of the short race art hideous or not my ideal proportions. My dream art for dnd would be Don Laurence, Angus Mc Bride, Daniel R Horne, Alan Lee, Brian Fraud.

They made an effort to be diverse and my younger gamers appreciated this. It still needs work and hoping they quit half races and move more to culture or be more open how you reskin race and class. Which might happen.

Monster Manual
I like short stat blocks and descriptions and to make my own lore of use mythology over Gygax (but sometimes he is interesting). I dislike idea every creature needs a page, So this book has huge stat blocks and lore and info but has lots of animals and less fancy creatures in the back which is great. Succubi, not demons what? Spectres no longer terrifying just kind of meh now. More fancy player buffs mean more monster HP and sometimes takes more time to fight. Art here I like more than PH. Chimaera, I wish varied more loved them in theros. Glad it has crawling hands, cyclops, flying skulls and some newer creatures. Disappointed in genies types being less human. So wish bx golems bronze and amber and bone got in. Do we need half-dragons and Dragonborn and I want draconian. No more snake body lamia? should be a subtype. No devil swine. Nothic are quite interesting. Oni art id prefer something more traditional or several so you see colours. Oozes type is great to have one type. Blight is improved needlemen and awake trees handy. Owlbears are just reskinned bears fight me.  Rakasha and Naga have some long-ignored cultural problems but hey dnd has multiple own versions. Why umber hulks and rust monsters skinny? I prefer to 2nd-4th and later ones. Thank god dolphins didn't get a page - reducing basic creature entries is gold.

Dungeon Masters Guide
I appreciate stuff on making my own world. I like tables more as a prop for idea flow. Obviously, id like to see them all bigger. Ive heard people complain it lacks dungeon advice but that genre is mainstream and kids get it straight up along with gp and hearing potions so it isn't the novelty some suppose it is but yes more would be ok. I like dungeon builder and history table, More focus on story is good. Plenty in here for a campaign sandbox to story based play. Some more wouldn't hurt like some dungeon maps and some content in later books belongs here. Optional rules is good. Seems funny despite good stuff on world building and modding people still seem very committed to official products and worlds

Volos's Guide
I read this a bit living in a gamer house and thought it was first book of new ed I liked at time. I like monster background tables and lairs usable anywhere but in that videogame style I dislike. New style more recent maps helped me be more interested. Tips for villains is good. Goblins live in swastika forts im totally gonna find easier to burn and alter the landscape permanently. I think making your own lore on stuff like goblins. I have mixed feelings about kobolds as in 5th ed - i like minidragons but i like scaly yipping dog-goblins and german mine goblins and roman koboldi drunken nudists so I have all of them.I get the mindflayer trivium and its a good example but I would like more if in every campaign they were a mystery. Too much detail on some monsters might not help. Alien incomprehensible and unkoiwn is fine. Kenku are my fave dnd 5 race followed by lizardfolk. Humanoids and Yuan-Ti as players is good. New Monsters: Banderhobbs are sweet. Ive not run a beholder since early 90s. Firenewts, Cave fishers, Hero giants didnr do it for me, Gnoll+kobold+orc elite awesome. Nilbogs changed from FF but look interesting.

Xathar's Guide
I read this a bit in sharehouse and liked it. Reading now I get game better I can see ideas for characters. The background tables are as good for npcs and names. I like tools. Random encounters a must-have. Traps and downtime fine. Spells are good, magic items ok but would take me forever to get through even basic ones. If I played I would probably value more,

Mordekainen's Book of Foes
Lore and history a bit fixed on me but i like character options scattered about, Demon tables always fun. Eldarin good here as a subtype of elf and seasons stuff. Id rather my dwarves chose to be evil bastards. I like Bulezau demon was nice. Dont get why Dybbuk a demon I would have a spirit possibly vampiric. Demon stats increasingly handy for me, but probably hell and demons best things in book. Handy elementals. NPC monsters handy. Nagpa and frost salamander inclusion is fantastic. Tortles rock. Other new monsters less lovable to me.

Looking forward to Tasha's book
Any other books have good character stuff or spells or monsters?
Im not vibing off adventures especially older vid game mapping

Now I need a Frogfolk Yakuza

Posted by Konsumterra at Wednesday, December 02, 2020