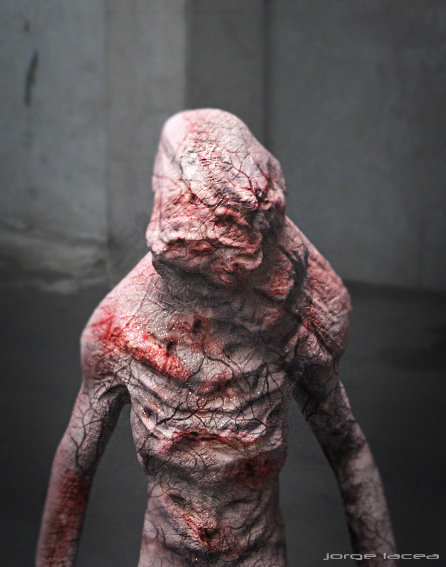 Lampreys
Started reading about this when saw doco on lamprey infestation of the great lakes and how pheromones helped beat them. Developing things that attract females and others that scare them made a push pull plan that helped beat them. After reducing fish stocks by 90% the slimy horrors had to be stopped. If only people had thought of eating them like Romans did who depleted most of them in Europe and possible farmed them (how they fed them i don't know). Ive used lamprey men in dungeons so this might be handy....

Xor
In my Xor setting pheromones are a common potion type and often keyed for specific purposes so a d100 table will be provided below of interesting ones. In other settings pheromones and scent based chemicals could be useful. Planet Psychon would work fine.

Druids and animals - pheromones as text
As I wrote about along time ago Druids learning animal languages can also read animal scents and possibly some skilled hunters might do this to a lesser degree. Scent marks are like writing for animals or at least graffiti. A fluent animal scent reader can identify the gender and health of scent maker and can tell if they are a dominant pack member and how big there territory is and how often they patrol. It could be annoying that your cat man follower rubs himself on every door frame and pisses briefly every intersection but they sure know when they come across their own or others scents which can be handy.

Goblins could be pheromones sensitives
They leave territorial scents and even barracks might be scented for goblin caste or status. When a goblin tribe reaches a certain size the chief develops more HD and his immediate elite followers grow bigger. Possibly hobgoblins and bugbears develop or pheromones in a concentration cause goblins to become cannibals and then  morph into new forms. Goblin creches might release a calming effect to stop cannibalism. Goblin tunnels might have chemical trails marked for long trecks and trade routes. A well traveled trail feels safe. A weak one way trail scares goblins as it might be a monster lair.  Concentrations of goblins might effect their aggression or reproductive pheromones. Some pheromones might trigger mutations or adaptions to new environments. When you kill goblins their blood gives off pheromones that warn others making them retreat women and young and enraging leaders and warriors. Being covered with their blood might make things worse. Elves might manipulate goblin pheromones to enslave them or settle them as barriers between elfland and human lands. Elves might control their aggression and breeding output or use to mutate certain strains. Possibly demons or chaos things might manipulate goblins this way. Bugbears and hobgoblins odours might make goblins submissive or wary.

Some Common Pheranome Types
Necromones - released on death makes others afraid (or other species hungry)
Calming - makes species relax, possibly released when submissive or mothers norsing
Trail - like ants might leave markers, common trails read as safe, one way as risky
Territorial - mark borders of a territory of group or a gender or individual
Royal - leaders produce scents to command their followers
Sex - arousing odours or signals to atract mates
Signal - modifies behavior typically makes more sexually receptive or defencive
Primer - trigger physiological developments or mutations or suppress others from breeding
Epideictic - tell other females not to lay eggs or breed here
Alarm - alerts group to danger some might be specific like fire, intruder, boss in danger
Aggression - makes colony ready for war, flood, or disaster
Aggregation - makes come together for breeding or other purposes
Releaser - alters behavior for example mother rabbits use to make babies nurse
Recognition - detect own tribe or detect close kin to avoid inbreeding
Marking - mark some eggs as queen and others as drones or other uses

Pheromone Potions
Alchemists might be able to extract pheromones and possibly shamans especially non human ones might be able to make or uses a few types of pheromones. A druid being a shapeshifter would find it easier to create potions based on their first hand knowledge. On Xor or Psychon specialist pheromone potion users would be more common. Some creatures might leave scent trails or musk or urine or feces or organs like glands that easily make potions. Tears, sweat and other fluids might be source of potions.

Potions vary in prices from cheap from wild shamen and druids who use them often, but mostly they are rare and expensive. People apply them to themselves or near dungeon air intakes. Scent carries at least 100 yards in a dungeon and becomes intense to recipients to within 30 yards. When applied outdoors the air may carry the scent up to 100 to 300 yards or more but if the air is still or the wrong direction only about 30 yards. Outdoors intense reactions are only 10 yards. Recipients might get a save with milder contact but none with intense dose. Some especially primers need contact. Royal types need to be eaten.

Potions are highly refined and function differently to natural pheranomes

Also see this very Xor compatible stuff from goblin punch
http://goblinpunch.blogspot.com.au/2016/06/hungry-joe.html
http://goblinpunch.blogspot.com.au/2017/02/the-cancermancers-of-hungry-joe.html
If I mixed my hell with Xor might run parallel to Goblin Punch
Eve our thoughts on devils vs demons are close
Posted by Konsumterra at Wednesday, February 08, 2017