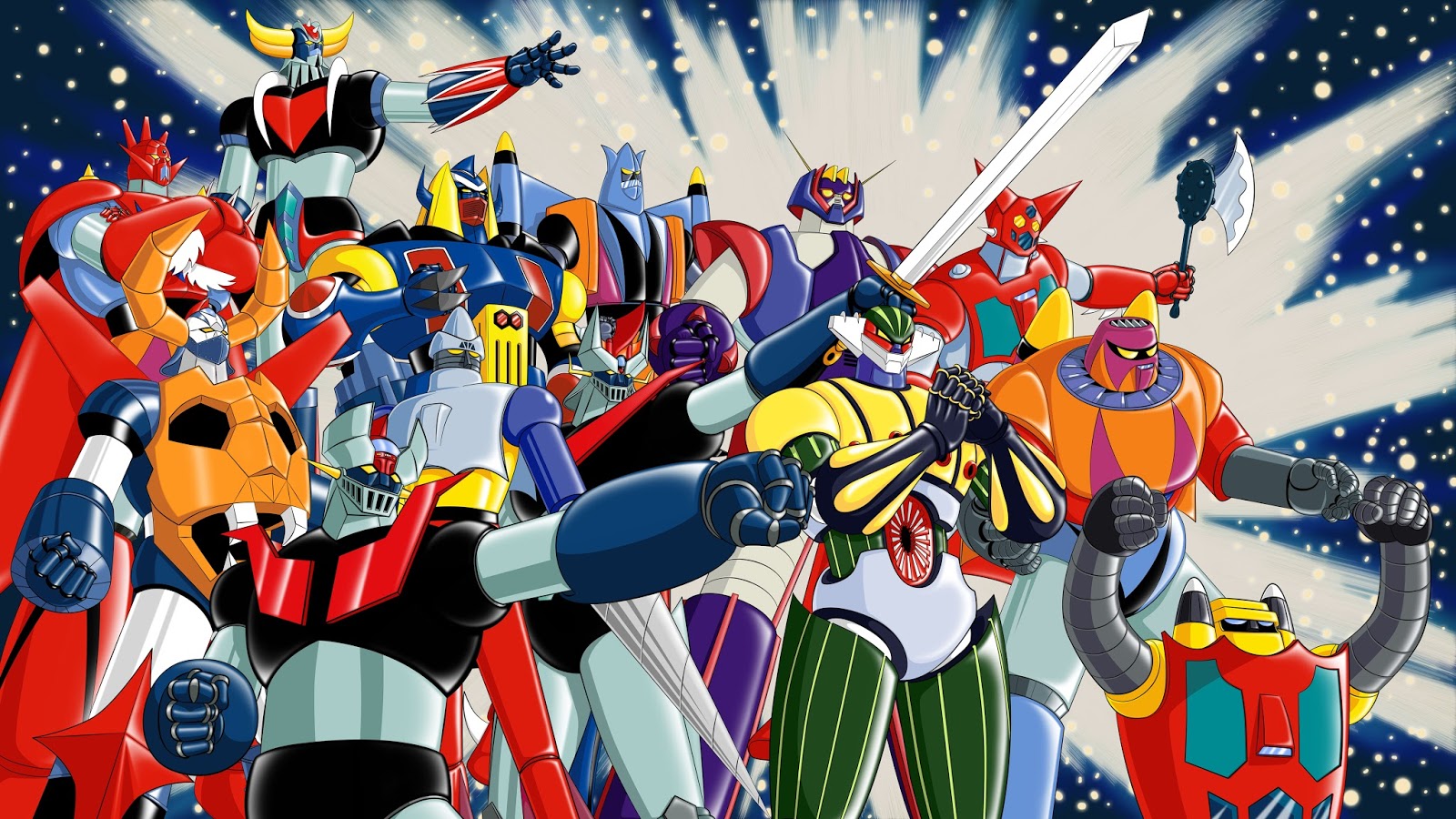 So suddenly realized my space opera game has had elements from aged ten. I really liked Starblazers (Yamato), Battle of the Planets (Gatchaman), Micronaut toys especially the magnetic ones, Films like Space War and many others. I was very fond of Shogun Warrior toys and never got any. Im tempted to to try get some of the micronauts or new editions and i like 70s mech with flares, pointy headgear like horns or detachable space craft. Robots that used swords and frisbees. So ideas in my SF campagn go back to 1980 age ten.

There will be a bits of starship troopers, forever war, but lots of Ian Banks, Moorcock (Dancers at the End of Time), Norman Spinrad (Agent of Chaos, Men in the Jungle), Bryan Aldiss books. Plus many others. My Previously titled Shadows in the Stars setting will be basis. Will draw from RPG's like Metkon, Traveller, 2300, Ringworld RPGS, Cthulhutech and more. Powered Infantry will feature and players will start as such. A bit of Paranoia and OGRE. Blakes Seven was a fave of mine too, So I really only just realized my interest in mecha began with micronauts.

Ive always liked look of gundam stuff and my hobby shop is a constantly growing section with prices like 3 mecha for $12 or 6-10 dollars each. So I'm getting some duplicates to field a squad of standard good guy and other planetary military. So I have been writing for a while and even drawn some maps, Planet will be a BRP Hexcrawl.

Players will be part of Royal Self Mobile Infantry (SMI) A division of Infantry with basic light mechanized infantry suits and larger Dreadnaut class power armour (more like a robot vehicle). They will be seeking 12m ancient mech to replace 2m tall suits and not much bigger Dreadnauts. Each episode will have a new piece of tech some x-projects, some artifacts. Also each game will have romance of some kind and strong rivalries with other factions of NPCs. Eventually will adventure in space then re contact civilization. If it is still there.

When humans travelled the stars they had godlike mecha but our colony was a backwater so only had anti kaiju mecha. The first colonists were mixed including some from the original tribes most notably many Lemurians - the first major genetic varient on the planet. W.hen the stargate broke nobody came to fix it and the planet collapsed into chaos breaking into five nations. The kingdom were the only users of mecha when the original colony Alpha City was destroyed by nuclear fire and the great Island sunk. Many fled the sinking Island to the mainland and received help from the great Kingdom. Atlan survived on once mountain tops and united a chain of archipelagos. Kaiju were always a problem and a biological alien swarm rained on the planet temporarily unifying the planet and driving the colonies more apart.. Most adopted skin pigment mods and other changes to maintain local cohesion. That time has passed as each nation is rebuilding military especially new powered infantry research. Each nation is looking for lost tech like the bases colony Alpha operated when it controlled the planet.

There is possibly a star gate out there to and no nation has gone into space for hundreds of years. That too is on the agenda.

Colours of the people are anime kids texta colours which can vary from matt to glossy and vary in shade enormously. Skim, hair, eyes may have different shades. Many persons of all colours develop white or black hair.

The Great Nations
Colony Alpha
White flag with black A in a circle
landed over a thousand years ago and eventually established five of it's own colonies. Possibly this was really kicking out undesirable cultures. Then a unknown factions detonated a hydrogen bomb on a volcanic seam, swallowing up most of the Island. Refugees went to what came to be the kingdom. Part of colony alpha is in space.

The Great kingdom White flag with gold crown
Was a a collection of many great kingdoms and they were unified after several hundred years till the cataclysm of Alpha happened. When it absorbed the refugees it built a second Northern capitol that proved to be safer from enemies and Kaiju. This capitol is the winter palace and the southern is the summer palace also closer to the frontier. Lemuria is a long held ally making the two powers united against the Consolidate. They have the most mecha at the start of the war, several left from the feudal kingdoms and colony Alpha ruled over 800 years ago. Great kingdom people have diverse backgrounds and genetic heritage. The ruling class have brown skin in various shades.

The Consolidate
Crey Flag with a C inside a circle like a copyright symbol
Colony used brain washing and cloning tech to engineer a slave state of fanatics. All are cared for by state and hate the royal family with great passion. The most recent state it has grown in the southern Kaiju filled wastelands. It uses trade and capitalism to spread, the various labour ministries are actualy monopoly mega corporations. They have developed many biological controls against Kaiju and many rumours about x weapons are always in circulation. Unethical research seems most likely explanation. Most citizens have grey skin in some shade with flashy colours held to be antisocial. Citizens are engineered to put up with more punishment and hardship. They prefer to field tanks with light power infantry but dreadnaughts are large boxy walkers in a vaguely boxy humanoid form. Most hava laser and inbuilt grenaide launchers but often hold a support weapon.

LemuriaGold crown over waves on flag
Originally from one of the first dozen great colonies of Sol, many aeons ago in another arm of the galaxy. They live in city states under scientist kings who appoint a despot in times of war. Philosopher warriors lived in a high UV dinosaur world and the locals modified their primary pigment to be blue. The eat a small amount of copper in preference to iron. They are great thinkers but a little cold to outsiders. They are a distant ally of the Kingdom and they are difficult to draw into battle. But once rallied the are dangerous. They mostly live in their palaces of athletic pleasure and science. Lemurian Dreadnauts are the most humanoid and can crawl. Some now hold weapons in cyberhands instead of use built ins.

AtlantisTrident over waves on flag
Colony of survivors of Alpha who sheltered on mountain tops which became Islands. They disdain their kin who fled the cataclysm. They have gills and green skin, actually a symbiotic plant in their skin. These features were added to separate them from the land dwellers but have kept their armed forces able to resist a enemy to the east. Proud and suffering but using superior sea power and subterfuge to fight back. Rumour has it they have a hidden undersea city in the place of Colony Alpha. Their Dreadnoughts are submersibles also.

Draconia Red Flag with gold dragon
A exotic kingdom with a immortal king in a glass bubble. They have gold skin and resist heat and light using features designed for off world mining. They have kept distance from the other continents and have been using superior air power to bomb Islands in the Atlantis archipelago. They are cruel despotic tyrants who wish war in the west to weaken their enemies. Draconian dreadnoughts are birdlike eggs on legs walker with a light artillery piece on a top mount. 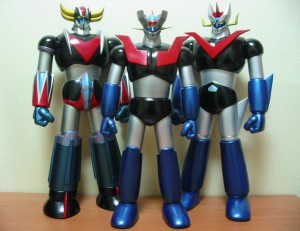 Phase One
Powered Infantry locate and recover a mech frame
Skirmishes and races for tech vs enemies
Test contemporary weapons adapted to mecha
Whats happening in other continents?
Tech ranges from 1890 steam to 21st C Template1- or Template1
There are fragments of higher tech from the era the star gate was operational

I hope to take this from fighting dinos and robots to mecha wars them spacefleet action then into hyperspacial gods battling the old ones. Don't warp in your mecha just yet or your enemies will sense your extradimensional mass. Try not to kill everyone on the planet.

T1=Is gritty like Aliens, 2300, Cyberpunk, High Colonies, Low Traveller
T2=Is more like traveller Imperium or Star Trek OS with Start Trek TNG being more high end
T3=Is like The Culture in Ian Banks and more like Dancers at the end of Time at high end 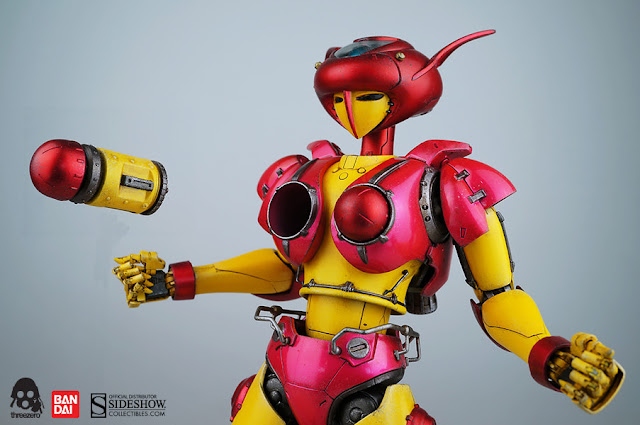 d10 Anime Short Term Insanity Effects (1d10 rounds)
1 Flashbacks - you remember the unbelievable truth about the past, oblivious to outside wold during your inner dialogue and self discovery
2 Rage - you scream with fury firing your guns or waving about a melee weapon seeking enemies to fight to the death. Heroically delay enemies with your death!
3 Scream and flee, lost in internal monologue while you flee like a coward crying
4 Run away and hide or failing that curl into a ball or put a bag on your head
5 You realize only one person can keep the darkness at bay go to them immediately
6 Breakdown in tears, sobbing on your knees, possibly make a monologue or confession
7 Beg for mercy or prey for survival, nothing else will protect you, everything is futile
8 This isn't real and you need to prove it to everyone there is no threat
9 You try to get everyone's attention and talk about peace
10 Find the most destructive force you can and lay waste to everything

d10 Anime Long Term Insanities also ages you a d4 years
(requires drug therapy or psychosugery or behaviour chip)
1 Paranoia - your enemies, your rivals, your allies, other nations are out to get you
2 Conspiracy Nut - you no longer recognise what evidence looks like preferring crackpot theories to explain every problem
3 A dark spirit invades your body trying to seize control, controlling you uses a MP per hour
4 A dark entity visits you in your dreams offering to help you for Power points in a crisis
5 Your are a berserker triggered by violence and sometimes loud noises or surprises (POWx5). Frenzied attacks any one insight enemies first til rage ends.x2 Attack no defences
6 You fall into fatalistic brooding melancholia and change your personal style
7 Obsessed with truth - compulsion to investigate weird phenomena to answer mysteries
8 Behold I am Death - committed to slaughter and extermination of unnatural evil at any cost
9 Develop weird tic even if asleep d6 1=Insane giggling 2=creepy drooling 3=stare like a snake 4=speech impediment 5=swearing constantly 6=make evil scheming gestures alot with a grin
10 Convinced you are a monster you must keep your secret and take precautions against anyone finding out. You must kill them before they get close.