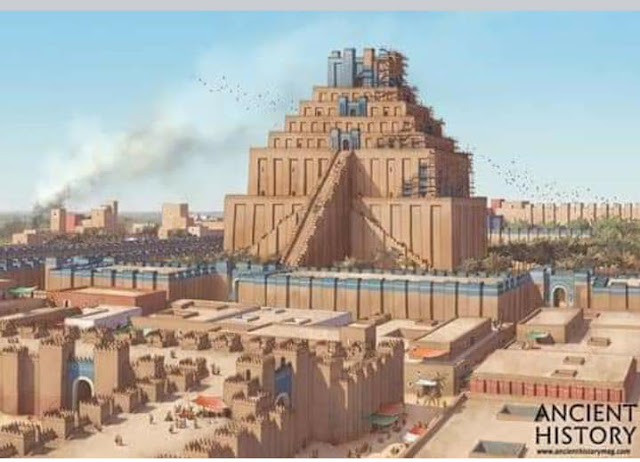 So the party after a good recent loot spree had option of being near their snake cult allies in ruins, home village or Coppertown. Many probs in getting game up for a while - birthday and covid and mothers day so been a while. Party chose Coppertown to sell loot and but some new loot. They had armed their whole village (and their nomad tomb robber clan pals) with bronze weapons. What was left they got an ok deal but it was quick and all sold. A few gems, a magic trident and some other items sold and divided. Sold Peryton pelts for good money. Bought magic arrows, healing potions and some other stuff. Got a job in 4 days with a merchant caravan to the capital city. So went to the Ishtar temple and sold off rare incense and some other petty magic, books and an evil magic skull. They were offered "insurance" pre paid medical plans with the priesthood. They were too poor but they heard a good description of some barrow mounds near the old Bat folk ruins that covered about 8x4 miles area.

Party recruited some acolytes of Ishtar to join them. So now the party has:

Dragon changeling with druid magic and a familiar who has a spear carrying bodyguard and grave robber follower.

Barbarian warrior with a tiny bird friend and a cleric of Ishtar.

Wizard with a spearman guard and a cleric of Ishtar.

As they had time they went to rob barrows. On way attacked by a giant river serpant which they turned into a nice cape. The first they broke into and had macabre and gloomy scenic paintings of hell's torments on the walls and they found a statue with a puzzle and went to check out a door and awoke a wraith who drained the dragon changeling. But they destroyed it. Managed to solve the puzzle and got a wizard killing shortsword the wizard gave his bodyguard and a fancy amphora with a historic painting. So back to Ishtar by lunch to heal the Changeling who could not pay but instead took an oath that he would travel to Ikathon the coastal city and present yourself to the ZIggarat for a festival within a year (future adventure hook). So back to the ruins.

The next tomb had a passage with several doors and they moved inside to battle a gem golem that almost destroyed them all with a blast of gems in a corridor. Tired but decided to get one more room after finding some jade statuettes. There was an upright sarcophagus and a mummy awoke making most of the party flee. They tried fire magics and it ignored them due to a magic amulet. They managed to get outside and prepare an ambush making the slow mummy walkthrough entangling vines, slippery grease and a swarm of crawling insects that gnawed at the mummy quite a bit making it easy to finish outside. Its fireproof medallion, gems and a cup fit for a king made good loot.

Returned to Ishtar's Temple, got a prepaid raise dead spell for the future and decided to rest a few days before joining their caravan to journey to the great City guarding the kingdoms from barbarian hordes. After some levelling up to 6th some more followers were recruited. The changing had 3 snakes delivered who were his offspring with several Nagas he had mated with who will one day be able to turn into humans and be sneaky agents. The Barbarian is keen to get a chariot and recruited a distant kinsman to be his driver and assistant. The wizard is keen to recruit apprentices and get a school going back home. The first time the party saw majestic buildings and monuments that were not cursed ruins.

I used some old module for the barrows for appropriate power for them and they made good money. Befriending the Ishtar cult has been a good move for them.

I can start bringing in the big campaign arc now. The undead templars retreat to their castle and are besieged by the Arcane Empire who believe they can move towards the kingdom of the party. Barbarians who hate wizards will be sure to gather to fight the Arcane Empire. It all helps to make life a bit harder for wizards who remain in urban areas defending settlements. Going into the wastes is more risky for all spall users.
Posted by Konsumterra at Sunday, May 22, 2022