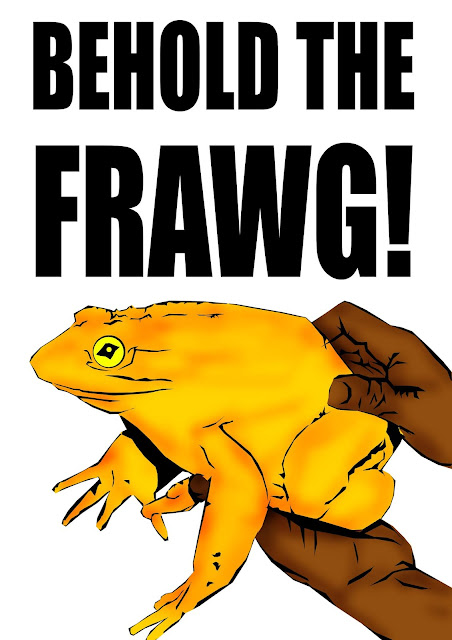 One feature of my world is at times it is low mana and historically ugly and unpleasant and unheroic. But at times the other planes may overlap with our mortal plane and at such times beings may communicate or cross over. Sometimes certain old magics rely on certain planes influences on our own. Some of these occurrences are common festival days. Multiple planar influences are possible and some planes are connected to multiple other planes such as the nightmare world, the world of shadows, the utter darkness, the underworld, and the dark, fey world. Besides planes, interstitial dimensions are used as transit places like the world tree that connects the human world to the underworld, the hells, the bright and dark faerie world to giant land to the cosmic mountain on the upper world. These interstitial dimensions are whole worlds in their own right. Hell is connected by many of them. Escaping from hell is a heroic quest and these interstitial planes can be used instead of dealing with the gatekeepers of hell

Beings from other worlds manifest a body in this world when they visit often from raw materials for elements, while some beings require a host statue or idol or animal or person. Earthborn elves were colonised deliberately to avoid some of the magical problems of being outsiders (metal aversions, certain spells). When you kill the being the body the spirit returns to its home plane. Bodies may leave remains of some kind.

So when a planar of influence is strong you are more likely to meet supernatural beings, magicians, witness paranormal wonders, experience flashbacks to another plane or age. encounter petty divinities and spirits and encounter gates into the world propper. At times the overlap is increasingly visible. It could be confined to a haunted house or mine. At times certain spaces become accessible including extra rooms and floors hidden in other planes or produced by supernatural beings. This can affect dungeons also as some dungeons have their own malicious spirits linked to hell or demonic planes of the underworld. Such influences allow certain beings to thrive here and attract them.

I do like idea you go through a empty ruin and at some point it becomes haunted and becomes a living environment or echo of the past on the way back. Gothic ghost castles and mythic drama or faerie weirdness  can be possible one day then mundane the next.

Great old ones have rare days once a century or millennium or aeon but there are many of them. In a year each season will favour an outer god, in a month there is a day for some old ones that cultists will determine with astrology.

Gods often roll their holy days into these dates most suitable for them or celebrate them all if a major religion. People often come together on these days and fortify their community with rituals activities.

d12 Outer Planes
01 Astral Space - (N) outer spirit plane unfit for material beings connecting outer planes of alignments, gods, devils, demons, spirits and travelling souls of dead or magicians. Astral intrusions into mortal world appear as ghosts or spirits or other strange phenomena
02 The Land of Sleep - (N) great realm of unconsciousness connected to 03 and 04, strange mists, spirits lost in own dreams, strange creatures and sights may sometimes appear in the waling world
03 Nightmare land - (land of dreams influenced by the negaverse where magicians, evil spirits and wicked dreamers carve out cruel fantasy empires and horrors of nightmares dwell. In the waking world nightmare creatures and terrain sometimes leak into haunted places
04 Dream land - where skilled dreamers, the blessed dead and imaginative magicians visit this fantastic land to find their dreams, perfumed exotic kingdoms and dream creatures live. Dreams sometimes leak into the waking world bringing fantastic wonders and beings
04 Hell Plane - the hells from the gloomy underworld to increasingly oppressive realms of torment, and their interstitial realms in between like the sewers of hell or the black library. Devils will intrude into the mortal world with care especially using imps seeking souls, spreading corrupt cults of influence and bringing disaster
05 Demonic Plane - demons occupies fragments of the universe left over from creation, each occupied by demon lord imposing will on the smaller worlds. Demons in the mortal world demand cults to worship them and their taint to spread
06 The outer darkness - the void beyond that contains and predates the universe, dark hungry realm of lifeless nullification, the life source of undead. The outer darkness overlapping with the mortal world allows horrors from beyond to enter, strange phenomena and mental contact with things outside the universe or before creation
07 The inner light - an explosion of energy into creation, source and wellspring of life, too brilliant for living to face but source of healing and powers against undead. When influences world life grows and thrives and the dead sleep. Too much can cause harm
09 Primal Chaos - protoplasmic matter shifting form, source of many mutants and living primordial building blocks of creation, all part of the blind idiot god of chaos and its tentacled toad daemons and its gibbering chaos spawn children, visitors are torn apart and transformed. When it leaks into the world the pools of chaos pollute area spreading mutagens while the pools grow as things are thrown in by mad cultists. Spells may go wild and things transform or become alive
10 Absolute Law - the singularity, the arrow of time, realm of mathematical and mechanical logic, where superior beings of eternal perfection watch and judge reality, battling primal chaos and disorder and willing to destroy creation or impose eternal stasis to win, archons are daemons of law, enigmatic terrible beings hard to comprehend in mere 3 dimensions, visiting aberrations are corrected, destroyed or studied by alien science or crushed by extreme pressure. When immanent in the mortal plane, the flow of time alters, air pressure increases
11 The Divine Planes - realms shared by pantheons of gods with areas for palaces, citadels, wilderness parklands, estates and gardens. Areas where the chosen of the gods live in peace contemplating and serving their god. Smaller ones are for more private and lesser gods, most great gods with their fellows maintain huge idyllic realms. Each realm in contact with mortal plane varies but mythical species  are a common sign and supernormal beings fanatics to alignment
12 The Celestial City - in a great sprawling gardens of arcadia, the bottom levels are semi ruined and over grown, mid levels are sealed for the celestial beurocracy where many good souls and spirits assign fates and destinies and send memos to earthly spirits to maintain seasons and weather and prevent disasters. Upper levels are for the most blessed souls of saints then the apartments of the great gods who meet from across the cosmos in great assembles.

Daemons were neutral spirits most transformed into devils, demons, angels, archons. Many surviving ones are neutral or neutral evil operating own worlds like demons or building own in the outer void, dreamlands or nightmare land.

These planes are not final just common.

d12 Hells
first are the main famous seven hells, the later are interconnecting sub planes. There is a race to which of the other five will be declared full planes with a devil ruler, 8 almost was industrial heartland of hell during the cosmic wars now its mostly a dump. The dungeon dimension or the Citadel Zelos are the most likley. Factions supporting various hells and their rulling devils are common
1 Underworld - gloomy eternal prison city of the dead and the kingdom of death
Influences mortal world causing people will dream of dead and may see spirits by night
2 Apocalypse - war, plague and famine filled endless disaster of tragic waste
Influences mortal world with disaster, with worse reatures, problems and beings
3 Inferno - the burning realm of fire, brutail torment and sadistic punishment
Influences mortal world with arson and violence and sometimes fire creatures like salamanders slip in through a fire
4 Virkan - hellbogs, endless swamp and jungles filled with vermin, poison and madness
Influences mortal world with corrupt growth, humidity, vermin and increased wetlands
5 Kanos - the frozen Hell of eternal despair and frozen damned in sad stasis
Influences mortal world with cold and despair, cannibalism increases
6 Sluuron - the eternal sargassum - a ferocious ocean with prison hulks of damned and ships of the drowned and damned sail eternally or are fused into a great reef of suffering
Influences mortal world with storms and things from the sea or waterways
7 Avernon - a boiling volcanic wasteland with erupting volcano on certain cities and palaces. Where the chosen devils and damned are kept in filth and mostly empty sprawling ruins. Prison for worst gods, giants, titans, trolls and famous monsters. Evil dragons breed here and enter the mortal world through volcanoes. Influences mortal world include releases of great evils or dragons, or volcanic activity from the earth
8 Hell's Boiler Room - interconnected basements of hell and remains of old glory and forgotten rubbish dwell here. People break in for a shortcut and never escape. Influences mortal world with decrepitude, garbage, broken goods, then strange killers and fugitives appear
9 Black Library - an eternal library where many evil wizards learn their craft tuition free with imp tutors for the price of your soul. Has gates to lots of cities on mortal plane. When the library manifests imps and cult students recruit talented literate to the black school of wizardry. They train anyone for just once only fee of your soul instead of huge tuitions at proper school. These wizards spread hells influence over an area often controlled by imps
10 Hell's Sewers - sewer system connects hells and is full of refuse and effluent. If it influences mortal world deposits of sewer filth and grime are seen first and then foul miasmas and pollution. Eventually things from hells sewer walk freely like devils, cultists, mutants or hellish sewer creatures (like giant leeches with devil properties also)
11 Dungeon Domain - an endless realm of torture, traps and monsters seeking to torment and corrupt the damned into new forms. Many damned here are reborn here as monsters. This world is self aware and sadistic, making traps baited with victims dreams or past. Visitors here are trapped into being participants and remain wandering the infinite dungeon forever. Influences mortal world through turning old mines and ruins into monster homes baited with treasure who act as if lived their whole lives in place. All local dungeons might be influenced and re-stocked by hell
12 Zelos - the diabolic citadel where hells bureaucrats toil, special guests suffer in prison vaults of Zelos and the lord of hells maze like palace. Damned wander the halls trying to progress their  passports and papers. Influences mortal world changing building fittings to occult murder mansion with diabolic style. Spreads into civil administration, courthouses merchants often with red gold with spreads taint more and increases greed
Posted by Konsumterra at Wednesday, April 28, 2021