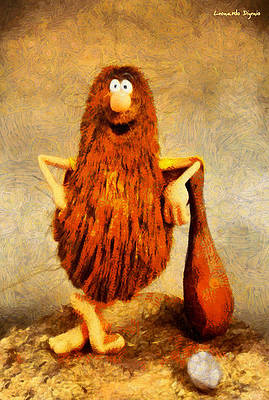 Stonage Sorcery 2021
Prepping now as cleaning floors bins putting crap in shed and clearing up after a mostly guest free holiday season. Pre covid weekly games had me tidier. Hope you survived your holidays and/or your recent political shenanigans.
Why didnt hannah barbarah ever combine cave show properties of 60s and 70s. -captain caveman-valley of the dinosaurs-flintstones-mightor-dinosaur boy-korg 70000bc live action show-herculoid guests

This genre was huge most of 20th c. I guess lunatic fringe human evolutionists and psuedo historians fictions are pretty prolific.

Turned out only a few so we updated characters and made lots of campaign domain stuff and talked and had beers. One hilarious idea came up when a dog follower that has been with a 14th lv pc has been made Clydesdale horse-sized and intelligent and asked if it could become a priest which I said yes to. Elf joked they could wet it with holy water and then run into undead army and shake all the water out. While hilarious probably nope but we debated how dog had a holy symbol on collar and blessed stuff with dog slobber. The dog already had a mutation it could ask its sky dog god a question daily (commune). The giant has been doing all kinds of weird stuff with dog familiars and basically created a breed of giant intelligent dogs. Those not his followers live in Red Ape valley cave and worship at the Sky hero ziggurat affiliated with the tribes sky cult.

Richard the elf guy with secret elf hill fort and title Hugh Coates the cave wizard and school. Has been running alchemy lab and making a ring and a wand and potions. Has developed a work around to expand sorcery knowledge through magic items

Doug Pteradactyl folk barbarian now can fly on own and rides dinosaurs in dino valley lost world in mountains, the hero of dino valley (one of my 3folds)

The party have:
A flying giant castle they stole and now rule the tundra from
-with a griffon colony, elf colony, halfling colony, big orc village
-druids and sky cult of law have shrines and wizard school
Sunder Hill Cave a gateway to Underland an Ogress darkness spirit  guardian and more
Allied to Mammoth Clan
Killed most centaurs and snake tribe
Party have introduced shields, bows and agriculture to the land
Have been drilling fighting force into a army
Mountain tribe heroes more like just early copper age and becoming urban now

Characters had a big tribal council and discussed the ongoing issue of how could the diverse tribe hold land and skycastle if away and if clans snake, spider and darkness cultists in the clans cave trading with the underland. Dwarf visitors came and offered to help in the war because both sides had technology dwarves disapproved of in human hands like metal weapons and armour. The swarf scouts had uniform stone wood and perfectly sewn hides and all goods were identical  These dwarf surface scouts used what they called stone technology to avoid benefiting humans. As the mountain clan was full of wizards and halflings and elves with a giant and mostly orcs they were off the hook for now.

Looked at basic scouts reports and discussed who to fight first. The dragon cult were chosen and the elf had his elves go spy on the dragon and popped to elfland briefly. There his coat of arms and title as a elf patriarch were made and he declared after some debate and finding all the cool elf tribal names were taken settled on twilight elf clan as he was just learning to become a living shadow with a new 7th Lv spell. He also recruited a sky elf as he thought a lawful holy elf about might help cement the tribal sky cults and the giants cults better. The elf happy to discuss the next thousand years of helping the tribe and planning their evolution.

I had cleaned up all my higher level spells in my homebrew. Players said they wanna sell to carry stuff so that spell that makes items into cloth patches might make a comeback.

Its easy to write in a book/learn than other systems 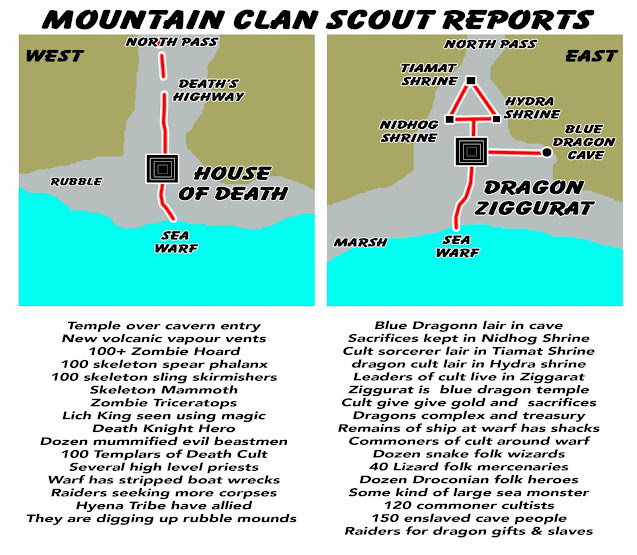 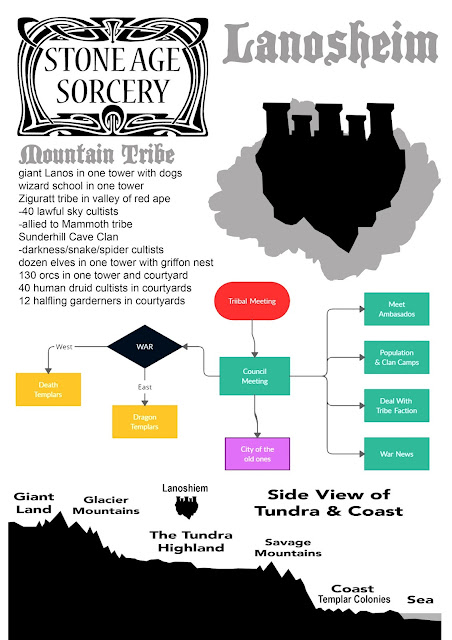 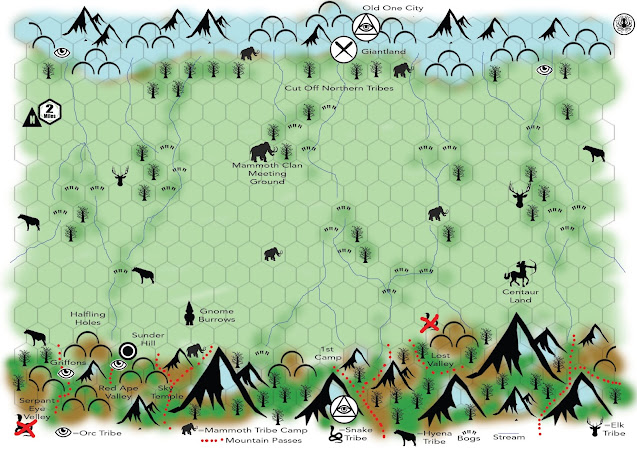