Local Festivals or why you need Frog Weddings 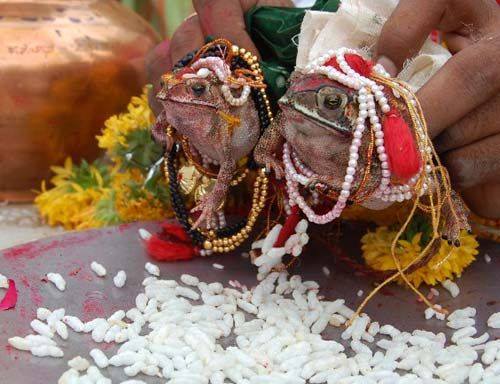 These are for when your in the countryside and come across some villagers. Don't kill them for being weird cultists, It's just a local tradition. Some city clergy might not approve. Locals might not remember why they perform this festivity but also could be clues to some local monster. Feasts, dancing, traders all get involved with enthusiasm. Puppet shows, bards, and other in theme performances are common parts of such event. It can be a problem getting a room in these events.

The first 10 are common and most boring