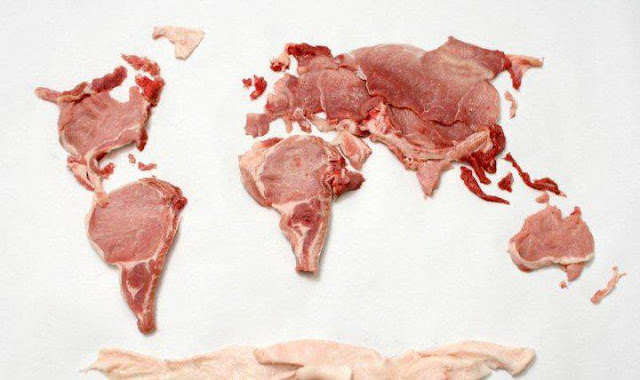 Had another fun night of Xor - am enjoying the customs players invent like using teeth for equivilent of copper coins and playing bone fang and skin instead of rock paper scissors (or punch poke slap for when that doesnt work). Im planning to put Xorian slogans on the bottom of each page in final book.

Four months later in Skulltower village things are improving. Angus the fighter has been peeking through the cave gate to the world he possibly comes from and instead of being white and frozen now it is green and foggy and wet and chilly. Cotton the moronic prophet has dubbed the world Grite (green and white). Both have been developing the domestication of giant mole rats beneath their village for milk and defence and meat. Molerat milk fermented makes great alcoholic drink and the cheese and yogurt are a bonus. They swap head cheese and blood sausage with the fishing village of Tearlake. The Kraken worshiping villagers have kindly made the villagers of Skulltower off limits for sacrifice. Lorax trees have been growing too and Skulltower is growing into a more diverse economic village and more attractive.

So the boys now heroes of two villages went to guard the monthly trade convoy to Tearlake and found the sombre people more miserable than normal. Six boys went after a attractive witch and came back wights. They killed a old man and were destroyed by cunning use of magic iron weapons like arrows mined from scar tissue in the great flesh crater walls. So the monsters were separated and killed by cunning but village upset and drunk on fermented mole rat milk and hormones from the lake. The boys were gifted magic iron and mole rat pups, Squish and Squash. Angus had a huge heavy spear made and Cotton had his morning star enhanced with magic demon killing iron. Angus befriended Gar a youth with fish skin armour and a spear from the militia, Cotton befriended Boy a yet to be named youth looking for glory with iron arrows.

At night the lads and their new friends prepared. Squish th pup was scared and the boys went to see what scared a mole rat pup. It was the old man killed by a wight who was buried in a salt pit covered with bones. his eyes glowed and the pups were scared. They managed to kill the demi wight and the villagers were impressed even though Gar was killed. Gar and the old man were burned and the ashes sunk into the lake. Gar's brother claimed his fish skin armour and iron tip sear but would not join. Garlek the Kraken priest joined the party concerned the witch and undead were more serious.

In gorges of the crater they found a dead cave or dried skin unlike anything they had seen. Skeletal husts of youthful boys littered the cave. In a chamber they found a fire on a bone slab with a reclining pale youth body. Sure it was evil they hacked at it. It's eyes opened with eerie cold fire and as it attacked they shattered the undead thing till it fell in the fire.

Following the scents picked up by the molerat pups they found the with in her room with bone chests, a blanket of demon tatooed human skin and a pool of tears she bathed in and gazed att. She was naked with revolting (to Xorian taste) long hair and pubes. She had heard them coming the moment they entered the cave and had read their minds. She begged for help and tried to charm Angus who took as a signal to attack. Garlek granted Angus the heroism of the Kraken and Cotton called the blessing of Xor upon him. Boy fired some arrows and missed, the mole rats savagely attacked and missed. Angus struck her and she tried to suggest the boy shoot his friends and failed. Garlek called on the Kraken to sheild Angus and Cotton struck her. She grabbed Garlek and kissed him while the heroes pounded her with star bornn iron. Garlek fell and she grabbed Cotton who was sure he was doomed before Angus ran her through. She called orcus and failed which was handy.

Being LOTFP I describe full death in as gory a means possible compared to a close KO.

Garlek was saved but half drained and weak. The clerics healed who could be and they found a pisoner and two chests. One chest had 6000 electrum demon coins. They decided to ask their dad the wizard later what these were good for. Also was a blister like pod with a crystal healing potion and a dormant wasp nest bomb. They also rescued a pretty youth and brought him home for the hungry kraken saking a villager for six months.

Sorry for Garlek's heroic sacrifice they agreed to join him on a quest north for a holy healer he met as a boy. Gar's brother Gor agreed to join them and Boy adopted his new name Twang. They went back to Skulltower and the wizard told them the coins were very valuable in the land through the gate but only a small fortune on Xor. He offered to mind the electrum coin hoard.

Into the north they passed a sick land or rotting flesh and bone spurs and fought several giant flies. They saw a huge mese with a forest on top they planned to visit when their bloodbird young were big enough to carry them by air. Finally they found the holy mesa. Through a mouth doorway into the mesas digestive tract. Found signs of a clean fresh gored tunnel left by a worm. Walked into the stomache and played fang-bone-skin to see who got choice of direction around the acid lake. On shorese were brown waxy oil secretions and tiny footprints. As they passed oily skinned kobolds were startled and a fight began. Boy or Twang had his throat impaled by a bone javelin and fell into the stomache acid. Squish the rat pup was shishkebabed through the mouth and out the anus. The kobols in turn were bashed to bloody pulp but all were injured. The last kobold fled through the acid and they watched his skin eaten off as they hurled javelins at him. He left the stomach.

Into the doudenum they followed and more kobolds joined the one that had fled. Angus, Garlek and Cotton were all hurt and two kobolds fled. Squath the molerat had mauled two kobolds in the neck but he and Ger fell unconscious. the clerics healed everyone to mobility but Boy and Squish were dead. They chased to kobolds through the intestine tunnels till the reached the squincter doo rout to the surface of the mesa. they saw kobold legs squeezing through and grabbed the little bastards legs and pulled it back inside.

Interrogating him they heard of the worm god who compassionately anesthetizes his prey and Xor. Cotton was unconvinced but used the kobold oily secretions to lube up Angus to squeeze outside. He slipped through and held open the door for everyone to pass and the other escaped kobold jumped to his death in a horrid splat rather than face the party.

On the semi abandoned bone Ziggarut they met the blind priest of Xor Zarbur who had been eating kobold for yars and his peers had been eaten by kobolds. He strangled the kobold prisoner and cooked it then healed Garleks drained soul. Best of all they convinced Zarbur he should come to skulltower to preach to the people who needed him. They took some kobold slaves in hopes they could beat their faith in the worm god out of them. The kobolds secreted wonderful greasy like goop with various uses.