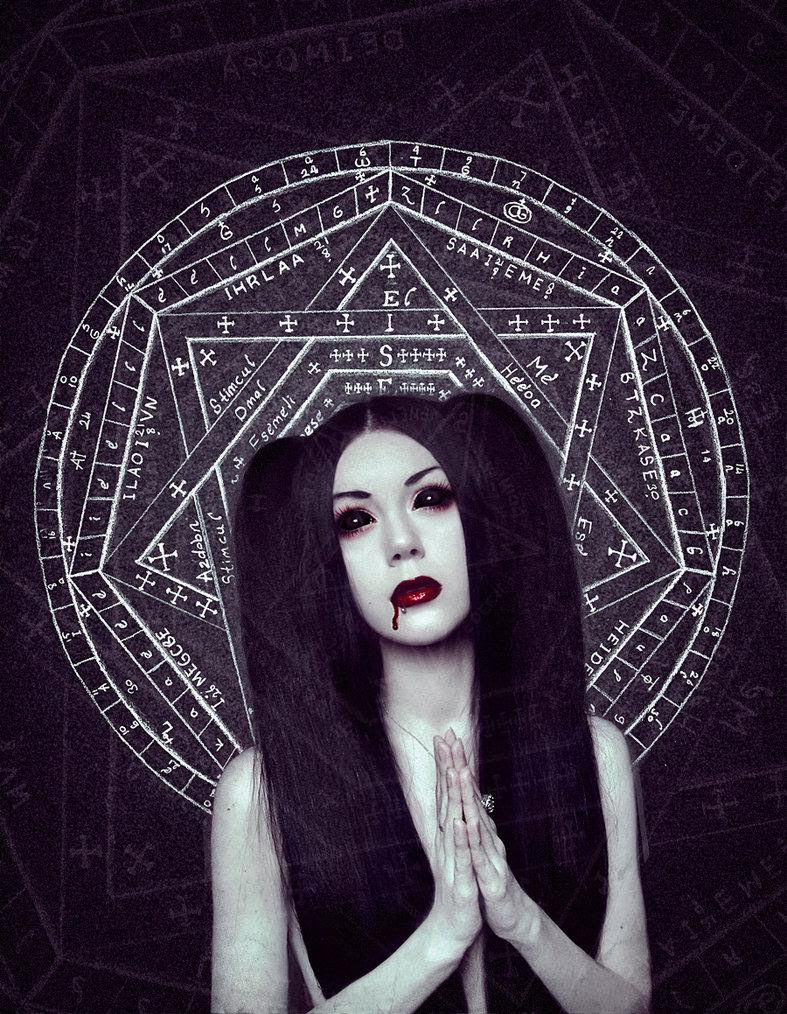 An funny topic for International Working Women's day but here goes.
(Big thanks to Mum, the Inspiring women of my life and all the girls in gaming, comics and graffiti helping to make my world less of a boys locker room)

This is an expansion of what I commented here:
http://theotherside.timsbrannan.com/2016/02/the-witch-game.html

In my babylon game witches were magicians outside of the law and unsanctioned. Unlawful casting on a citizen against their will is witchcraft. Girra a fire god helps deal with witch crime (plus hearths, lamps, torches). Witches often thrown in river as form of judgement. The Tigris river god judges witches thrown into him

A big ziggurat might have a druid in the garden, priests running the show and sanctioned wizards and Sorcerers and seers and diviners might work within temple or with religion.

Other rogue casters using un sanctioned by the church or used to do evil to others are witches.
This could include sects and cults discredited by state and church.
possibly older cults and magic traditions might be suppresses or not supported by state with temples and big institutions. Other often older traditions might get ignored, pushed aside, maintained only by a minority or gender or age and could become forbidden if lawful clergy became jealous or monopolistic or just more domineering. A old marginal cult might eventually be banned and declared to be witchcraft. Especially if it conflicts in some role or profession. Even if not banned or persecuted witches might be marginalized, excluded, ignored, forgotten or hidden.

This has influenced my thinking a bit about my other settings

Ive considered that witchcraft might be the original magic style but dudes specialized and separated into wizards, priests and druids so giving witches access to any spell list is my current plan. Will include my Psionics/mentalist spells and possibly my alchemy list when i do that.

Probably instead of memorizing spells or rest they spend time creating fetishes, brewing ointments and potions. These are manipulated in casting of spells till spell or effect ends. Mostly these items can be recovered. I really liked the one in Dragon with the amazing elmore art (my favorite works of his).  I like many elements of that class but simpler. There is the option like many magazines did of doing as a monster - like a lesser hag which has the trashy appeal of 80s fantasy films. Still unsure if witches cast like wizards (Vancian) or sorcerers (Points). Or till I think up some other mechanism.

So I want to do a witch but I think I have other projects to do first. For now I will keep as a sect of wizards for organised ones and sorcerers for the loner or cult ones. I will do a d100 on hags shortly basically a match to my hermit table for outcast fringe dwelling possibly magic old women.