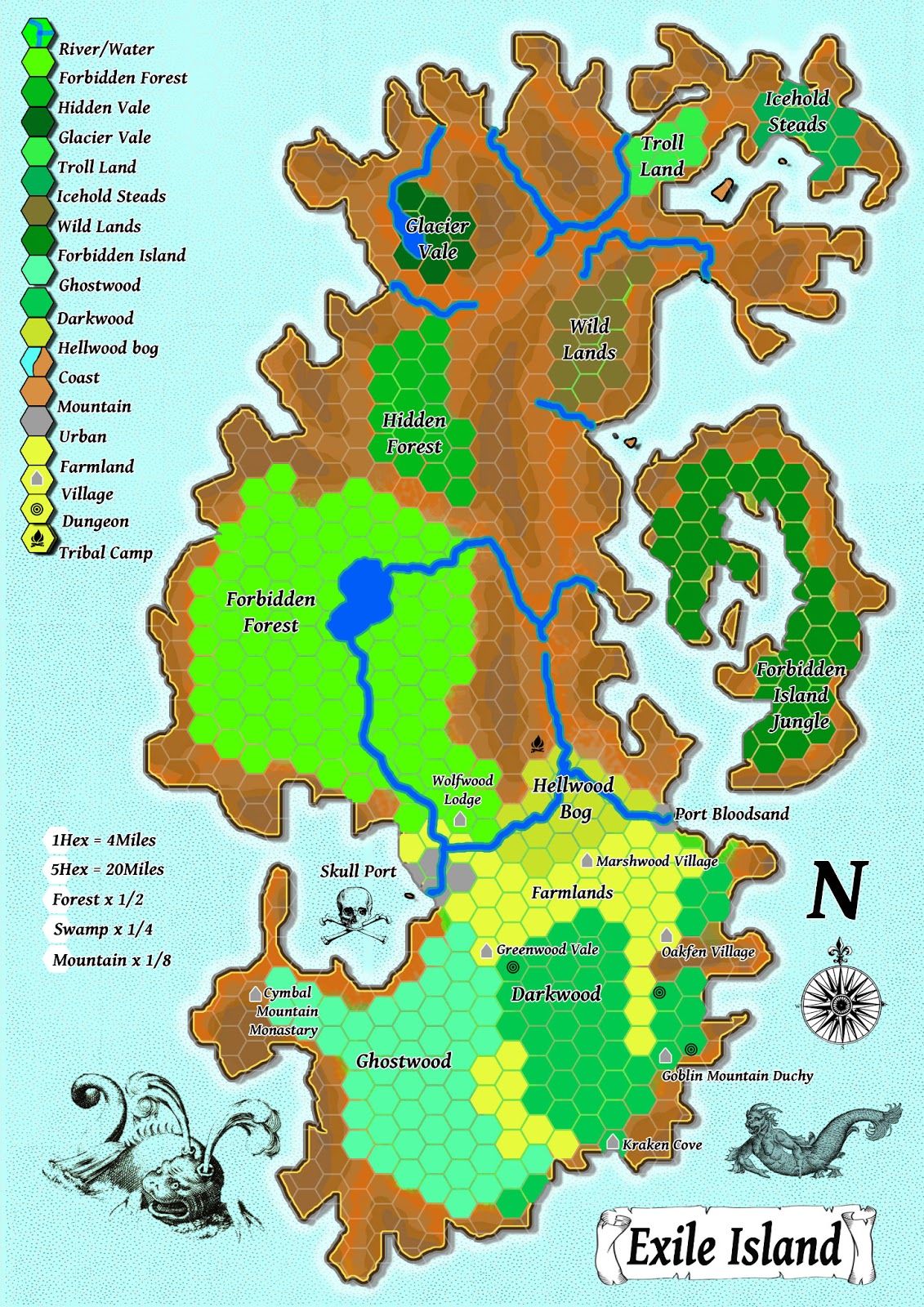 Re-did this as hexcrawl - easy to ad stuff as players explore - some will be by location based on names and geography. There is at least one dungeon every hex. Some say the ancient empire has come and gone dozens of times, pirates and mad wizards came here to hide, then there were the pre umans of the Elder age. Some say this island is part of previous plane of existance where alien gods killed a generation of of our own gods ancestors. The forbidden Island is a single enormous prehuman ruin covered in jungle and flooded in the middle where a doomsday comet struck. Overrun by goblins and reptilians and Dinosaurs, the ancestors of Dragons. The volcano goes to Tiamats lair.

Should do some subterranean maps too but id rather generate as needed.

Next game players will be official empire dungeon delvers with ranks. Probing dungeons and strip mining them at Emperors command. A few old characters wandering about. Tis the dawn of the Dungeonwars! Man vs Monster! Want to integrate my long stairs tables into this.

Have a close up next - a mountain and a farmland/plain table would complete the sandbox experience. Had a player recognise their travels which was nice.

Gangs, cults and nobles in the big city
http://elfmaidsandoctopi.blogspot.com.au/2012/11/urban-fantasy-table-goodness.html

Use this for Forbidden Island
http://elfmaidsandoctopi.blogspot.com.au/2013/01/long-stair-dungeon-style-zones-part-9.html