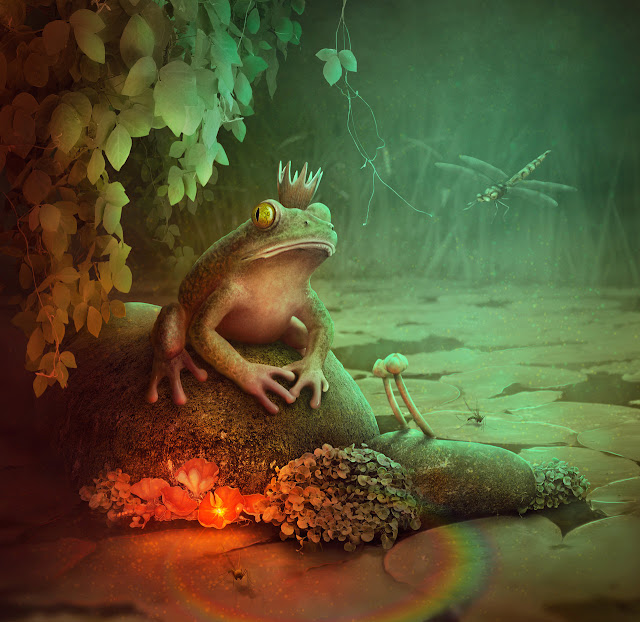 Yes you may need a non goat encounter in game. Believe me it can by done! A exotic frog might be seen near any body of water anywhere and possibly magic water attracts or creates magic frogs. Magic frogs might make a good potion ingredient or a quest. Frogs can be hard to catch and are harder to grab than whack as they have slimy skin. When you catch a frog they start screaming which sometimes startles a catcher (zero level save or drop) and scares other frogs away. Tadpoles might be about in right time of year. Toads are interchangeable and often less dependant on water if you have too many frog incidents. Lots of slate doorsteps might have a toad who lives under them. Most peasants think them lucky. Old nature cults adore them. Modern high church suspicious they serve evil and are evidence of witchcraft. But screw those guys. Frogs rule. Now you will need a frog dealer in every village.