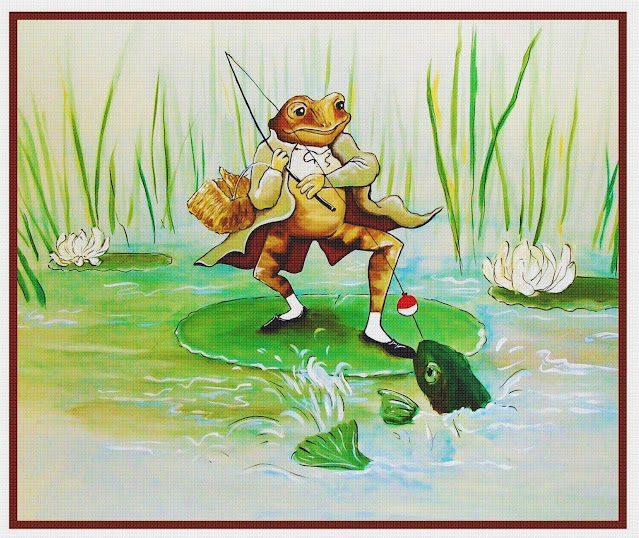 My own campagn projects are mostly done at moment and making more comps for me to use of tables. If you think I need to d100 anything let me know. I have a big to do list still but basically, this blog is for stuff I feel like at the time and trying not to have too many megaprojects at the same time.

So lots of people I know say more fishing in RPGs and I agree. Although I had one good week fishing on the Hawkesbury River and so much more life filled than the edge of a desert, polluted sludge, algal blooms and salt. Plus we get dregs three other states let us have. My other fishing alas is reduced to the dreamcaster console game with the rod controller. Also the computer game torchlight there are pools with magic fish and a mini-game using timing to catch them. Many if fed to your familiar turn it into some strange creature like slime for a while. With kids today fishing in-game gives you something else to do when avoiding all combat looking for pets to adopt and conversing with villagers.

All permanent abilities and attribute boosters only work on you once they don't stack, but same benefit from another type of fish can be cumulative.

Many of the d100 results should only happen once some could be repeated and better suited to say a pond that has one type of fish. So in some cases, I will use this to find one interesting fish that a few could be caught in between some adventure scene. In other cases I want a Russian roulette kind of random gonzo slightly world and character breaking weird stuff.

d12 Where are good places to find a magic pool?
1 In a dungeon complex especially the more magical and chaotic kind
2 In a sacred druid grove, usually a dripping spring in a hidden cave
3 In sewer downstream from alchemist district
4 On borders of faerieland or near a faerie gateway
5 In a cave hidden in the deeps
6 Mear a place tainted or blessed by chaos beings
7 Forms in ancient magical ruins
8 In a shrine of a fishfolk cult
9 Wilderness guarded by giant d6 1=frogs 2=dragonflies 3=otters 4=beavers 5=turtle 6=snake
10 WIlderness guarded by d6 1=nymph 2=water weird 3=elemental 4=naga 5=troll 6=dragon
11 In shrine guarded by d6 1=wizards 2=knights 3=barbarians 4=crime syndicate 5=witches 6=cultists
12 In a ruined temple guarded by d4 1=demon 2=faerie being 3=local land spirit 4=angry angel

d12 How do you find out about a magic pool?
1 Part of a quest to find a specific magic fish for someone
2 A secret fishermen lodge where they share secrets and secretly deal with fish folk for the sex
3 Dungeon monsters have been coming to town to buy or steal fishing supplies
4 A hunter found it and will help you find it but wants a fee or help with a sidequest
5 A fishing mad noble offers you a reward to locate it and bring him there for the big score
6 Had mysterious dreams about your destiny unfolding in a strange pool
7 Meet an adventurer who tells you the story of visiting a pool once
8 Found a magic fishing that indicates local magic pools
9 Druids demand you try your luck to see if you are worthy, the fish you catch is a sign of your worthiness
10 A wizard wants rare fish for the menagerie and gives you a dusty ancient fishing almanack of where to find a magic pond
11 A magical being whispered the secret so your destiny will unfold as the desire of the otherworldly power
12 Record of a hero in a book or artwork depicts them fishing and several known landmarks

d12 Properties of a magic pool?
1 Fed from a sheltered spring deep in the earth
2 Water drips into the pool from strange stalactites
3 Has had a well with a bucket installed
4 Has pleasant herbs or fungus around it almost like a garden
5 Pond sparkles and shimmers and glows in the moonlight
6 Ancient stone megaliths with carved symbols
7 Lit by fireflies or glowing fungus or lichen in the dark
8 Pond has vegetation and some strange Water Lillies and lotuses
9 Pond has unusual flavour d4 1=pure 2=sweet nectar 3=mead 4=demon ichor taint
10 Pond water is holy, keeps for d4 hours if removed
11 Shrine do some ancient divinity
12 Supernatural guardian d4 1=imp 2=sprites 3=cherebim 4=fairies