Terrible Campagn Ideas: Voyage to the bottom of the Sea 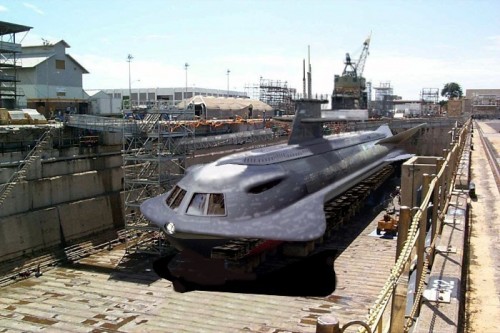 So I've proposed a few alternate uses fro the Call of Cthulhu system including Quatermas and Hammer before but this has sprung to mind watching lots of under water adventure shows. As far as ideas to plunder this was one of the longest lasting SF shows of its day with a mix of cold war spies, survival drama and monster of the week stuff. Marine boy, Stingray and Seaquest DSV are also good sources of plots and villains and that easily is 200 episodes of stuff to plunder. Most is SF but some supernatural like ww1 ghost subs so even great old ones possible. The many weird slimy horrors from space and the deep might well have been old ones.

Trapped in a compartment, diving bell, lost in  a lifeboat, depressurisation crisis or other close call of survival. Even if this doesn't happen to you, your crew might snap and do something dangerous or blame a officer and mutiny or try and kill them.

2 Commanding officer is to blame, kill them
3 Miserable, perform duties poorly and something bad possibly results
4 Shirk and avoid duties, weasel way out of doing things, lie to cover
5 Enemies are right! you'd better help them
6 You've got to sabotage a system for some crazy reason
7 Panic and run around hysterically
8 Paralysed with fear and helplessness

Players should be main officers. Of course the Admiral and Captain go out on every dangerous assignment. Id probably unlike the show have some black crew and asian crew (who don't have to be evil communists). While your officers players will probably cope watching crew crack up and for signs of trouble should keep them on their toes. Every away team has you watching you mens backs and watching your own.

A near future setting with cold war crisis, advanced tech and increased underwater occupation is good. Possibly some excuse to have unexplored or uninhabited islands like a plague or limited war or a period of vulcanisation a few decades earlier might help produce uninhabited places. Occasional spy drams, land missions and just plain survival or exploration might be good breaks. Voyage had lots of good cold war drama and under sea nuke bases, automated nuclear missile launching drones and more. There were cyborg hitmen, androids, mind control aliens from saturn and all kinds of goodies. Many small countries tried espionage to get a edge. Seaquest DSV had aliens and trips to other planets, AI controlling islands, sea colony crisis, emerging new nations. Marineboy had a inexhaustible supply of science villains. Stingray had various kingdoms of atlantis some hostile and fishy some friendly and helpful.

Two episodes I especially liked was the admiral and a russian in a diving bell inside a giant whale and one where they find a capsule with a advanced humanoid being from hundreds of millions of years earlier.

Addendum
Based on feedback (feeedmeeeee) a few pointers
The seaview crew is 100 plus they have a flying sub to get you anywhere in the world so no probs meeting new ppl or replacing deaths or getting guest scientists or military onboard (or spies or madmen). Lots of episodes on Youtube - see comments

Plus this was a previous take on Quatermass for Call of Cthulhu
http://elfmaidsandoctopi.blogspot.com.au/2017/10/terrible-campaign-ideas-quatermass-vs.html
Posted by Konsumterra at Saturday, March 10, 2018