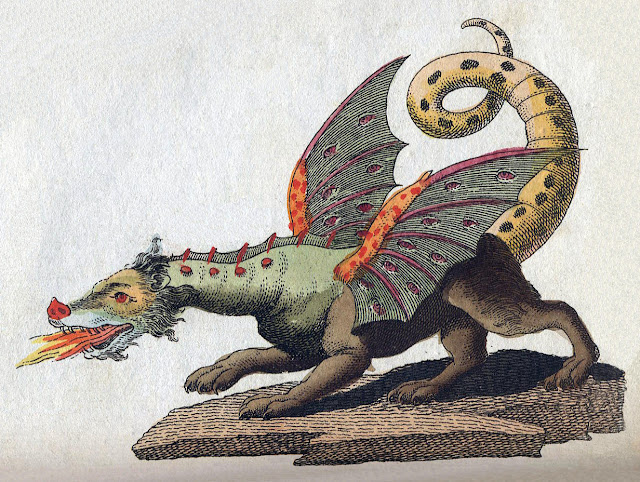 This is first of a new series called war zones. The idea is you can stage various invasions on your poor setting and use these tables to add new encounters and colour. Blame Chad for the idea he is often inspiration. I like feedback because it often gets me writing more.

So there will be more like this so you can every year have a horrible invasion lay waste to your campaign so you don't get to comfortable. These would probably make good little publications. Still unsure as to final format yet but this is a start. Will join my other unfinished series like Sewers, Hell, Xor, mutations etc. Future ones will include giants, sylvan, mercenaries, demons, humanoids and anything else I can think of as I go.

Basically each type introduces new encounters and spectacles of war as invasions take place. These are not necessarily the types of wars heroes can that can stop, but they might prevent some suffering or help some people. I guess you could run as a misery crawl like Patrick Stewart's dam busting disaster adventure or you could put in a  some key objectives for players to damage the invasion or even lead troops.

Encounters are types of threats roaming countryside while wonders are spectacular sights that could be avoided but could lead to fights. They include descriptions of what bad guys are up too and scenes of suffering in the war zone. Dragonmen could be treated as exotic beastmen, firenewts or dragonlance draconians whatever you please.

d10 Starting the Dragon War
1 Dragonspawn pits of Tiamat in hell have hatched a swarm of draconic monsters
2 Dragons have awakened their millennial slumbers and are in breeding frenzy
3 An evil god has awakened them all at once to purge humankind
4 A gateway to a draconic ruled world opens
5 A draconic cult has prepared this for aeons, nursing eggs in secret places
6 Adventurers or a god offended Tiamat
7 Gods are angry at mortals for being too plentiful and noisy
8 Serpent men in last gasp chance using dragons to destroy humans
9 Lizard men found a great clutch of eggs from the dawn age and hatched them with rituals
10 A wizard tried to misuse the draconic world spirit and brought the about the apocalypse

Cult Troops
Human cultists include reptile cultists, snake cultists and dragon cultists. Hiding in secret for generations they now walk openly helping the invaders, starting fires, preparing sacrifices, hatching monster eggs and worse. Cultists mostly are irregular rabble but some are especially well equipped and trained. Some are mutants with traits of the beings they worship. Some elites of the cult include magicians such as priests, alchemists, wizards and sorcerers. Alchemists might even have created dragons or dragonmen in apparatus before the invasion. Other magicians may have built drolems - mechanical dragon golems worshiped by cults unable to find a real dragon. Drolems are used in invasion as distractions and where dragons are short. Dragons show contempt for these cults but treat those with draconic mutations slightly better.

Reptilian Troops
Reptilians regard dragons as gods and ancestors. The have access to many monster types and move through and fight wetlands without penalty. Serpent men often act as advisors and wizards as they are too rate to field armies themselves. Some serpentmen are in fact the rulers. Vampire lizard kings prefer to fight by night and will produce zombies troops from fallen kin and enemies. They usually enter war later when lizards are more desperate. The vampires don't get along with serpent men so well. Dragons are wary of serpent men ambition but accept worship of lizard men. Dragons think lizard men and dinosaurs are backward and less evolved savages.

Muckdweller Scouts with slings or javelins or darts groups of 12-20
Savage Lizardmen with javelins and war clubs and shields groups of 40
High Lizard Men with spears and morningstars and shields groups of 40
Giant lizards with 2 riders (various specialist types) groups of four
Bonebreaker or babblers with handler each in groupps of four
Pteranodon Riders in groups of four
Giant Snapping Turtles or dinosaurs with 4 riders or handlers each
Chieftain leads band of 40 and king has 40 bodyguards and leads 100-400
Shamen are common magical leaders or Serpent Man Wizards with twelve guards each
Vampire Lizard King as normal king but with zombie lizard men troops
Some types specialize in aquatic with marine dinosaurs, crocs and snapping turtles

Troglodyte Troops
Trog Mercenaries are kin of lizard men who live underground They are effective skirmishers and dangerous close in melee enhanced by their stench. Dragons find them disgusting and they don't share camps with other troops, making their own camps down wind.
Troglodyte Sub chiefs command 40 trogs and chiefs command 200

Firenewt Troops
Firenewts are kin of lizard men but who live in volcanic regions but a cold variety could exist too living in glaciers instead with frost salamanders and spitting frost instead of fire. Dragons tend to treat them with more respect.
Firenewt warriors in groups of 40 with a sub chief or 200 with high chief
Firenewt Strider Rider Cavalry in groups of 4 or 12 or 20
Pteranodon Riders in groups of four
Salamander each with two firenewt handlers (BX ones not ADnD ones)

Kobold Troops
Kobolds worship dragons and are devious skirmishers and relentless irregular swarmers. They also are easily air dropped in by dragons and also able att siegecraft and construction. They use magic more than lizard men but dislike serpent men wizards who like to eat them.  Dragons are a bit disdainful of them and act like kobolds are beneath them. But they don't mind kobolds grooming them. Kobolds serving dragons are fanatics.

Draconic Troops
Dragonmen or draconians come in various varieties related to the chromatic evil dragon types. They are kin of dragons but treated like kin albeit like bratty children. They are technologically more advanced than most humanoids and live in a warrior aristocracy. They are less magical but their knights act as their prize troops. Dragonmen are elite, cruel and arrogant. Outside a dragon invasion they are rare mostly sleep for aeons. They are created by dragons who spawn them when faster humanoid elite troops needed. They worship and obey dragons but might think they know best and act independently.