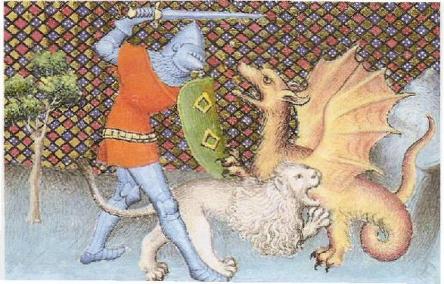 Dragons are jerks everybody knows that. And when dragons invade you hear all kinds of gossip.  Will do draconic loot and reminded of draconolgy or dracomancy based wizards.
Possibly draconic mutations might be handy.

This is to accompany
http://elfmaidsandoctopi.blogspot.com.au/2017/11/dragon-war-zone.html