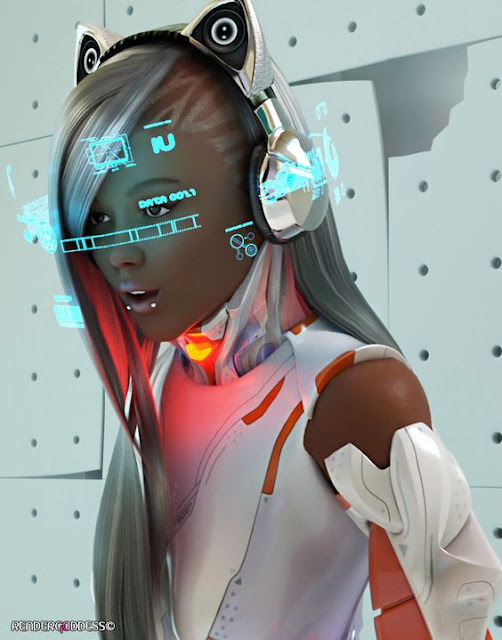 Cults In Space was a good Series and I have been in my flu state been dreaming of horrors in the stars and the poor space explorers who are sent to investigate.

This is early setting notes
http://elfmaidsandoctopi.blogspot.com.au/2012/11/cultists-in-space.html

A con adventure I made
http://elfmaidsandoctopi.blogspot.com.au/2012/11/cultists-in-space-2_10.html

Some Scenarios and a Table for adventure locations
http://elfmaidsandoctopi.blogspot.com.au/2012/11/cults-in-space-3-exploratation-in-space.html

This video inspired my current thoughts on this
https://www.youtube.com/watch?v=mS3mbKvSVDI
tell me those aliens are not cultists

This post I want to revise and expand the mission generation and present some more ideas.

10 Major Features of the High House In the Stars Setting
1 In the 25 century explorers from earth with new generation technology explore space and contact colonies lost for over 200 years in some cases
2 Faster Than Light travel early colonial times was only several times the speed of light, more recently this takes weeks in the best military scouts and months with commercial freight
3 Faster Than Light coms is new and requires a capitol star ship or major space hab, most of the lost colonies are out of contact
4 Hypersleep .and rotating habitats are important for space living in the long term, travel is expensive, dangerous and mostly boring
5 Most colonies still use weapons familiar to the 21st century and basic drones. The military and elites use smart ammo weapons, energy, particle, gauss, fusion, plasma and other advanced weapons
5 Humans have met either no aliens or several but they are far away weird and and rare. Replicants, androids, clones, AIs, uplifted animals, animen, cyborgs and biorgs are far more likely
6 Earth is a cyberpunk mess ruled by corporations and the military and corruption or a uninhabited waste heap. Orbital habs, asteroids, venus, mars and other planets are competing for power
7 Overspace is the dimensional state that allows FTL. Their are many strange phenomena here and it is not well understood by science. Some say it was artificial. Psionic institutes are not well respected but make extraordinary claims about overspace. Many blackbox functions of a FTL overspace drive are sealed and secretive only a few companies and government build those components
8 Violence is rare with most advanced and professional forces wining most fights
9 Colonies long lost have developed many strange local variations and require diplomacy. Strange life forms and alien ruins need investigation for threats to humanity.
10 Players are mostly elite professionals working with a company or organisation but they may not be given all available information

A ready to alien ecology with sinister tentacled gasbag spear wielding natives
"Darwin IV is a fictional planet and the subject of Wayne Barlowe's book Expedition and the television special, Alien Planet, based on Expedition. Although the details of the discovery and exploration of Darwin IV differ in the two presentations, both are essentially the same in their depiction of the planetary environment and its native life-forms, whose abundance and variety prompt the name Darwin."
https://en.wikipedia.org/wiki/Darwin_IV
Video Here https://www.youtube.com/watch?v=mS3mbKvSVDI

Alpha Centairi the video game by Syd Mier and the GURPS book of same name is a great planet and the mythos would fit fine here. In a relativistic campaign players could visit decades apart by local time and the pc game and rpg could facilitate this.

High Colonies RPG fantastic detail for Sol and many nationalities on asteroids and space habs. Earth is uked and has secret alien bases. Gurps Transhuman fits in well too or aliens universe. Ties in well in many ways to some other systems

Space1999 has a great look and a few stories fit the genre. Obviously Yog Sothoth moved the moon to allow the stars to be right at the end times. I like that It is the same universe as UFO and the earth government collapsed building hawk fighters to fight aliens that never came. This whole setting look could be stolen for a frontier exploration base. The Expanse TV series pretty good too for a tech vibe.

Id use Call of Cthulhu and BRP but original star frontiers would be good too.

10 Rules for Mysteries
1  Explorers are sent on missions but should be curious and possibly glory seeking
2 Humans try to rationalise events with science often becoming increasingly irrational
3 Your own organisation, law and government keep black secrets and red herrings
4 Aliens and their technology are strange, difficult and seemingly supernatural
5 Cultist can take over a colony from one mad loner and might predate space travel
6 Greed or power might motivate NPCs who should always die
7 For moments your technology is useless to the awesome power of true horror
8 Some creepy human technology should be a red herring from like aliens biotech or replicant
9 AIs are tedious in detail but not imaginative and strange problems stump them
10  Relics and ruins foreshadow monsters and aliens, hints of nonhuman intelligence are scary

In previous posts I talked about cultist and how they infiltrate colonies. Or how pre modern cultists settled the stars and terraformed planets using the power of the outer gods. Colonies can appear where they ought not to be. On arrival solar data has changed. Colonies that seem to have fallen into primitivism were in fact settled aeons ago by hyperboreans riding byakhee and gateway spells. Aliens have disturbing customs and hint at worse secrets despite being superficially allies.

Possibly players could be on a colony for a while trying to root out cultists.

d20 What is that loner cultist up to
1 Secretly exposing others to sanity blasting texts, magic and entities
2 Hiding from authorities but still performing murders and strange rites
3 Seeking alien ruins seeking elder lore or contacting entities
4 Seeking position of power of community or their wellbeing
5 Preparing to sacrifice everybody for a ritual or as gift to non humans
6 Tainting colony DNA
7 Using colony for a experiment
8 Awaken a slumbering god
9 Building a gate to bring in more cultists
10 Contacting a servitor race will claim they are aliens
11 Planing to summon god to alter climate or sun
12 Plans to sell colony to aliens
13 Sabotaging systems to cause political upheavals
14 Try to form breakaway colony of cultists
15 Start a personality cult
16 Traveling to alien dreamlands to bring back weird relics
17 Seeking rare minerals for magic or narcotics
18 Trying to communicate with aliens
19 Trying to cut of from civilization and keep isolated
20 Attempting a bloody coup to lead colony into depravity and murder

d20 Cult Colonies
1 Terraforming planet by calling on outer gods
2 Seeking to destroy ancient enemy of the old ones
3 Breeding a hybrid race
4 Came to escape persecution on earth
5 Building a huge monument for a god
6 Cultists are immortal or undead
7 Work to lure travelers here to sacrifice, to breed or to eat
8 Servants of a alien race brought here by god long ago
9 Brought here to use for sacrifices for spells by other race
10 Sparsely populated time capsule of some period of earth
11 Remnants of alien civilization with humans, dinosaurs and monsters in ruins
12 Working to bring a god or their kin over
13 Cultists modified by other race or god to be adapted to local conditions
14 Cultists brought here believe Earth is destroyed
15 Cyltists have devolved into primative canibal ape men
16 Colonised by men from leng who brought slaves to torment
17 Colony devolved into gibbering insane mutants
18 Humans altered by gods into new race seemingly alien at first contact
19 Cult serve gods hidden underground or under the sea
20 Brought here to survive the destruction of the earth

d10 Which cults found the colony
These are some possible cult suggestions and by no means the only possible1 Iquatha carried eskimos, indians and vikings from cold regions of earths past
2 Shub Niggurath brought druids and tribal peoples and has covered planet in forest
3 Hastur has brought cultists here by byakee and established his unearthly serenity of the yellow sign
4 Yog Sothoth cult came by gates and has been breeding with their god to create living gates
5 MiGo cultists were carried here by masters long ago and use alien technology
6 Old ones cultists tend a abandoned colony hunted by shoggoths
7 Cthulhu deep ones hybrids came aeons ago to this water world
8 Nyarlathotep colony on desert world worshiping sand people
9 Insectes from shaggai brough humans here by ship to be slaves and abandoned them
10 Azathoth brought colony here from community he destroyed on earth

d20 Cult secrets on a colony
1 Ruins of previous dead colony or alien species killed by gods
2 Gateway in ruins to commune with or sacrifice to gods
3 Artifact that alters life and accelerates evolution
4 Artifact influences the dreams of colonists
5 Stasis pods of a previous race or colony
6 A horrible disease, vampires or biohazzard is contained
7 Wrecked alien vessel or base complex
8 Evidence of complex life and ecosystem destroyed in some extinction event
9 Entities from overspace leak into world from somewhere else
10 Slumbering liogorr has been located and could be awakening
11 Remains of a alien library
12 Alien tomb or temple with guardians
13 Gateway to pocket dimension built by aliens
14 Primative native life worship old ones
15 Climate control room in alien ruins or monolith
16 Varst alien species hidden in water or underground
17 A beacon left by aliens sends a signal if exposed
18 Alien terraforming equipment left but operable
19 Remnants of dead alien race dreamlands with long extinct life
20 Alien bio weapon or engineered life form left in ruins or crashed ship
Posted by Konsumterra at Tuesday, August 22, 2017