Sewers and Cesspits 4 - mission to sewertopia 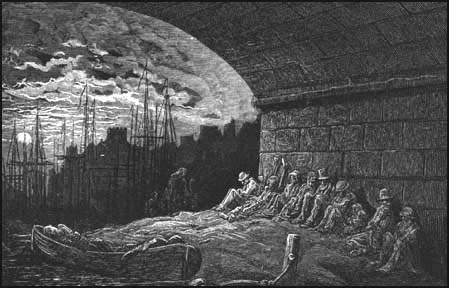 So have been thinking and brainstorming more and had some nice responses from this series ive meant to do for about 5 years. Some tangents happening now. Welcome to sewertopia. Also got my new PC and getting software/net/printer/scanner set up and will try to make a artwork a day for a while as a challenge. Playing old games including torchlight which is pretty inspirational for a few future projects. Civilization colonial version good and possible to treat natives fairly well.

So looking at this awesome book
https://coinsandscrolls.blogspot.com.au/2017/08/monster-menu-all-part-1-ad-monster.html

Was reminded of when I had adventuring party paid to babysit dandy gourmets on travel across island and adventurers kept leaving followers with them while the cleaned out local dungeons. Dandies got wind of this and became dungeon curious. So this set up would  work ok with a sewer and city setting. Ive ordered 3 vols of the Delicious in the Dungeon Manga too I have discussed a while back. So if tasty exotic monsters live in drains would rich dilettante gourmets be interested? Well it is the sort of fad that might work. Image I used for part 3 was from article on how the rich would go on man pulled trolley rides in sewers comfortably seated. This would fit in my setting well. They would probably have a jolly feast after on exotic monsters while being entertained by dancing shit golems and comedic goblins. When the fad almost dies the rich take up racing in the sewers with novelty theme teams in slave palanquins. Scholar types might want guides to go into the depths too to see ancient ruins in the deep.

I've also considered the poor faerie folk of a city thousands of years old, filthy kin of the river and sea gods. Don't forget your best friends beyond the s-bend. I guess the upper levels would be more humans, then gobinoids and sewer faerie folk and sewer nymphs, then remains of old monster races then connections to the sewers of hell. Kinda suits my setting as city is lawful evil, is often compared to hell and many consider the immortal baron ruler to possibly be a noble of hell.

So I'm putting off sewers of hell till next install and today focusing on d100 Sewer Missions and Sewer Wonders....  Will PDF all this in the future with sewer geomorphs.

So many people need adventurers to go below. Murder hobos are often desperate and filthy and insane so many say they belong there. So more shit tables are needed so as your no2 blog spot I shal provide.