Races of the Monster Empire 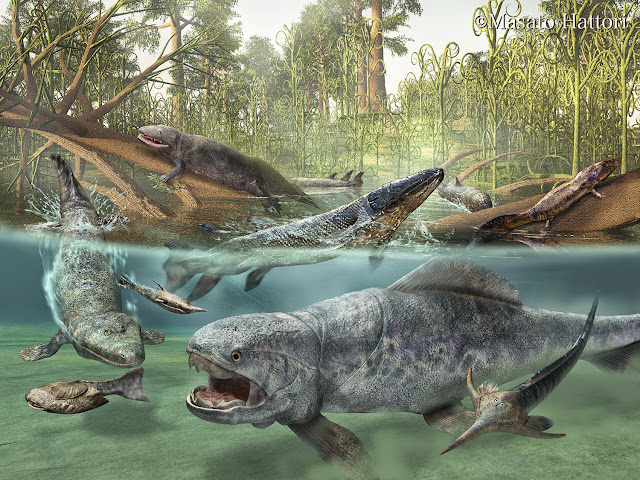 
Factions of the Monster Empire
These were the races who seized the world for chaos and darkness after the dawn age ended. Their ruins make up many of the deep dungeons and fragments of them survive in hidden places. When man led the revolt against them so began the age of man.

2 Amphibian Many types have been wiped out especially by the great flood covering most of the world with salk water and rivalry with reptilians. Newt men are the most sophisticated and magical other surviving servitor races include axolotl men, salamander men, toad men and frog men. Most require fresh water to breed and thrive. Toad men are the most wide ranging in climate territory dwelling in the underland and deserts. Many undergo metamorphosis during phases of their life and may hibernate for aeons.

3 Icthyian Ruled by catfishmen sorcerers in the past most of the survivors are hibernating. Common fish men are the dominant type now with servitors including eel men, shark men, lamprey men, ray men. many hide under the sea and wage war on undersea kingdoms rather than humankind.

4 Reptilians Ruled by serpent men with many lizard men and dinosaur men kingdoms as minions. Serpent men are mostly spent but some still hidden or asleep. Lizard men are most common with many variations like iguana men, komodo men, gila men and many more. Domestic dinosaurs were one of their strengths used as farm beasts, war machines and transport. Aquatic and flying types existed also and many reptilians claimed kinship to dragons instead

5 Cephalapod Ruled by squid men who serve great demon squid and elder kraken gods. Nautilus men,octopi men and ammonite men once being more common. They have used crustaceans such as crab and lobster men for aeons united by rivalry with fish men. While the compte with fish folk they unite against surface and worship same demons.

6 Carrion Came much later uniting carrion eating races under sorcerous vulture men various minions including hyena men, jackal men, crow men, condor men and stork men. Many ride terror birds and hyenadon. many of their secrets fell into the hands of humans creating the first necromancer kings after the monster empire fell. They replaced the ailing Insect faction who's remnants mostly became under the thrall of the arachnids.

7 Chiroptera Are lords of the night, bat men who are found in winged and flightless varieties. They serve a great vampire bat goddess and created vampirism extending the powers of necromancers. They and the Carrion were the new blood monster factions replacing former great factions. Chiroptera replaced the minions of the worm god faction who had become idiots. Carrion and Chiroptera engaged in such savage feasting and blood lust that the slave races rebelled and the old dawn age gods returned as demon worship was shunned by the slave races who had come to outnumber their masters.

Lost Factions
Insect men were broken into feuding tribes long ago and now often subjects and food of arachnids. Ant men, mantis men and various beetle men are among more independent tribes once ruled by Dragonfly men. Worm faction also was broken and subsumed by other houses as food or slaves to many other houses during in fighting. Worms were in fact the first faction but were too delicious. Snakes and limbless amphibians and even insects stole much of their prestige.

Older RacesMany of these either worked with the monster empire, or were enslaved or hibernated or hid. Many blame humans for the end of the golden age and the invention of time and death. Which is not completely true. Many grumpily call man deathbringers and the necromancer age did not help this prejudice either.

Dragons
Titans or Jotun who spawned giants, trolls and ogres
Trolls begat elves, dwarves and gnomes
Elves begat goblinoids and orcs
Changelings who were related to the gods and served them by managing forests, mountains and animals who begat many hybrid races such as fauns, sphynxes, chimera, centaurs, abhumans, beastmen and other hybrids

The monster age was a aberration when the dawn age ended and a age of mortality and darkness struck and the good gods were besieged by demons. After 10 000 years humans, demihumans, humanoids and mammal an bird folk escaped slavery and broke the empire. The good gods (and their bad kin) were free to operate natural processes and the current age began. Of course after the liberation necromancers ruled for a few thousand years using their former masters black magic but at least they were human....

Leftover crap from these ages are found in deeper parts of many dungeons. Many isolated places still have ruins or tribal remnants of the past like monster island. Humans are increasingly raiding them for gold and the reptilians are calling upon tiamat and worshiping dragons more and more rather than their failed ancestors like serpent men or dinosaurs.
Posted by Konsumterra at Wednesday, August 30, 2017