Working on my games bestiary 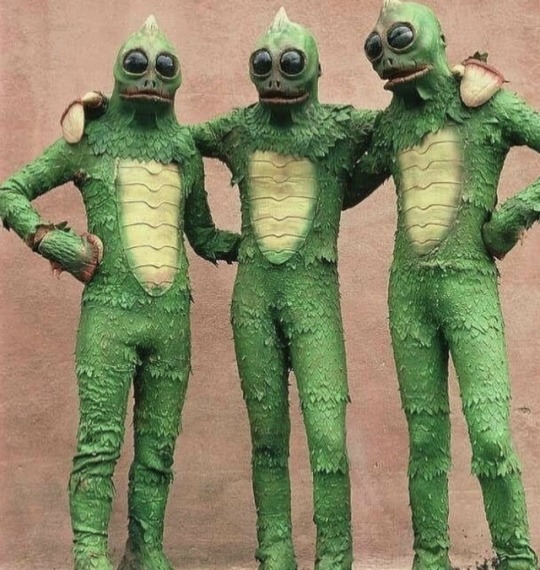 My current dream is a book of basic monsters that are mostly animals and will be about packing in creatures in groups by type on same spreads - like undead, elemental, faerie, demons etc A later monster book will have a spread per monster with stats, variant types and reskins, adventure seeds and will be for more high level more magical monsters. One benefit of my abhuman character class in my sorta bx game is it can replace a whole lot of beast races into one entry with paragraphs on basic types.

Originally my abhumans were beast folk but I wanted to have rock folk and ice folk and tree folk. Later I have allowed barbarian races and some orc races as abhumans also. I'd like to have lots of variations so each tribe with a different culture and technology. So keeping stats simple, letting them have weapons or tactics or alignment as you please makes them interesting too. So I can replace many dnd monsters from bcmei and 1st ed with abhumans which saves lots of time and does not dictate how they all act or even look like exactly. I can add new ones on the fly easily. Most recently I realised that abhumans make good androids. Magen in basic dnd seem possible fit for abhumans i will think about.

Frequently in my games, smarter abhumans within first four levels change class to a spell caster. Cat monk sword expert, snake wizard, orc priest, rogue rat folk, druid goat, all kinds of options really. It is a good HP and combat skill starts to life and makes for weird beastfolk spell users. Usually, with two squads, they get some kind of spell caster expert. No reason you can't have ten fish folk races with various alignments and visual differences. The point of this a basic stat block will let you make lots of monster races and have them at various levels and possibly some specialist leaders with a second class.

Sick of saying folk yet?
suffix instead of folk + lots of beast folk change class early to do magic
-knight/warrior/wizard/priest
-lord/lady or brother/sister or man/maid or wife
-spawn
-people
-kin or kindred or kinfolk

Subhumans = gibberings, grimlocks, cave folk, white apes, close relatives of humans from ancients or wilderness or degenerate isolated humans of a lost tribe, could all be abhuman

Smaller Folk diminutive beast folk using reskinned halfling as base have -ling suffix after the species they are kin too usually. Faun make fine halflings too though a bit taller phanaton=racoonling geonid=rockling vegepygmie=shrubling or fernling

For shapeshifting magical spirit folk, I use a changeling my class.

For Xor I want abhumans to include wierd roman era distant races with no head but chest in face or one leg for hopping, two heads and other strange things. A Flesh folk, bone folk, blood folk, animus folk (brain nerves and senses). A race of men with invisible skin look horrible.

My cave or bronze setting would mostly have some different animals but sand folk or more ape types might be good in some settings.

In my fantasy setting, ancient giants who rivalled the gods and built sky lands in magic clouds left lots of golem construct toy people around as servants and playthings. Most greater giants are dead, imprisoned or sleeping now but lots of their toy-filled wonderlands and castle playrooms left toys with magical food and treats. So as these toy people I can stat as abhumans in my game toys can be a playable race. Now you could be a clown doll, a skittle, a humpty doll, a tin soldier, china doll, a nutcracker, a dancing ballerina, a fat policeman, a plush bear etc. But hey would be tough as brutes in a fight.
Posted by Konsumterra at Thursday, February 13, 2020